The challenge of studying and working at the same time 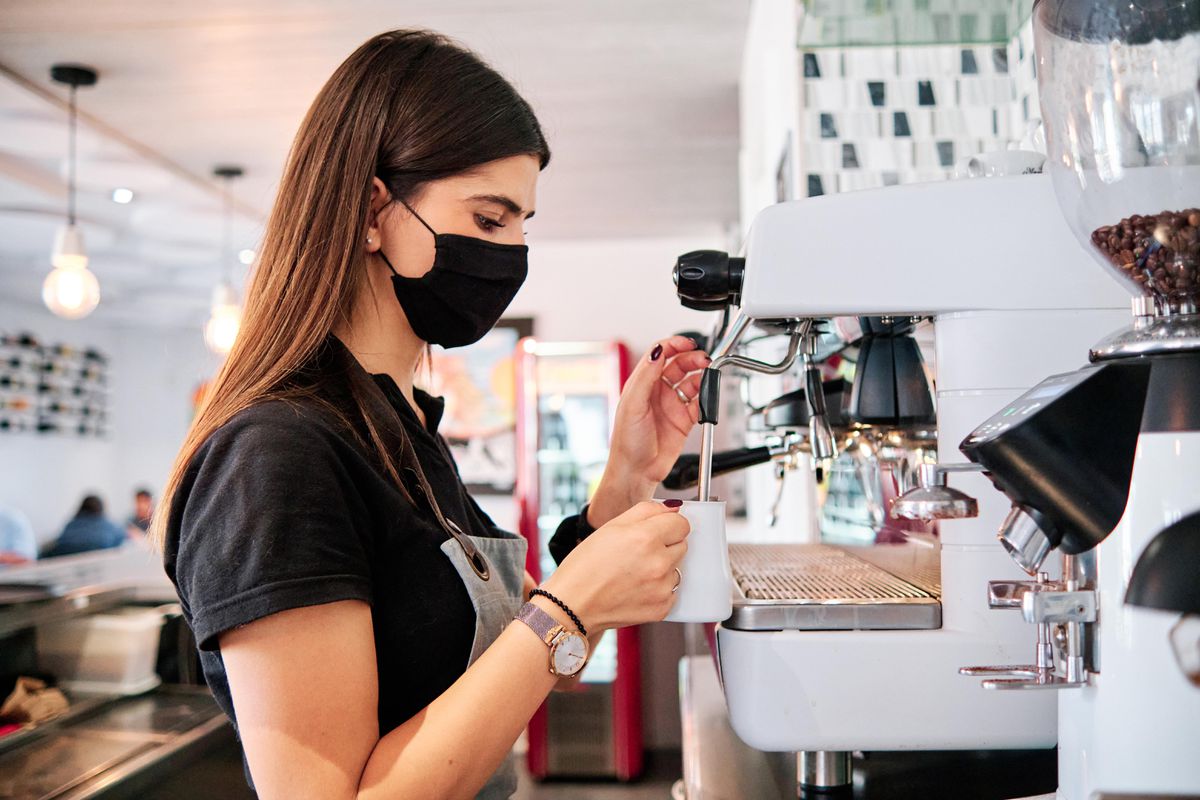 More and more students are combining studies and work. This is reflected in various studies, both nationally and internationally, which have addressed the evolution of this phenomenon in recent decades. The Eurostudent project, which aims to analyze the social dimension of European higher education, shows that this double activity reaches half of university students and that the combination of studies and work increases gradually in the years after access. Although Spain stopped participating in the project in 2015, other national sources draw a map similar to the rest of Europe. Albert Sánchez-Gelabert, sociologist and researcher at the Autonomous University of Barcelona, ​​points out as one of the most consolidated contributions the data from the survey of university graduates launched every three years since 2001 by the Agència per a la Qualitat del Sistema Universitari de Catalunya ( AQU Catalunya). According to these data, 60% of students combine their studies with some work activity. Of course, Sánchez-Gelabert recalls that this percentage refers only to “successful” students who have reached the end of the degree. “It is plausible to think that many students have already fallen by the wayside and dropped out previously,” he says.

And, making both activities compatible is not easy. A reflection of this can be found in the studies carried out by the Research Group on Education and Work (GRET) of the Autonomous University of Barcelona. In their analyzes, it is observed that the combination between work and studies has consequences in terms of performance and dropout rates. Marina Elias Andreu, a sociologist and member of this research group, explains that what they have observed so far is that working while studying has positive effects on study and work if the time dedicated to employment is less than 15 hours per week. Isabel Aranda, expert psychologist in coaching of senior management and teams, considers that the people who carry out these activities develop organizational skills, tenacity and a sense of achievement. “Simultaneously both activities can make these people feel that they are capable of achieving what they propose because they develop what is called” self-efficacy “, which makes us feel capable of doing things. This is a really important aspect because when you feel capable, negative emotions such as fear have less room and situations like the ones we live in with high uncertainty are handled with a bit more ease ”.

However, from that weekly time, Marina Elias recalls that the consequences begin to be negative: worse grades in comparison with students who work fewer hours or who do not work, reduced commitment to the university and increased probabilities of dropping out of studies. Regarding the latter, according to Elias, what most influences school dropouts is age and not the combination of studies and work alone. In an article published in 2017, Marina Elias and Albert Sánchez-Gelabert pointed out that older students are more likely to drop out of university because they have greater family and work responsibilities, which limits their time more. According to the researchers, the delay in access to university also influences, since the probabilities of obtaining the degree decrease drastically if the delay in access to university is taken into account as a consequence of the age variable; in which issues such as different life trajectories intervene but also the aforementioned effect of family responsibilities, which are more frequent at an older age.

Among the reasons that explain the increase in students who study and work is the search for a better job placement, but also the need to find a job to finance studies, a situation that has been aggravated since the crisis of 2007, which it significantly affected the families ‘ability to pay for their sons and daughters’ higher education. According to Albert Sánchez-Gelabert, some results show that in the case of working-class students, the reasons for working are more frequently associated with financial needs. However, among his classmates from the upper-middle classes, the most widespread motivation is that of access to pocket money; a reason that is also given among the first. “These differences highlight the importance of economic factors among students from lower socioeconomic backgrounds. This is also reflected in what they spend the income they earn from working on. The working class, in addition to access to leisure, allocate part of this income to pay elementary expenses such as transportation, study financing or transfer part of this money to their family. On the other hand, in the case of students from higher social origins, the most prominent expenses are consumer articles, leisure activities or the financing of academic mobility experiences ”.

The psychologist Isabel Aranda considers that, like everything else, it can have positive and negative consequences depending largely on our ability to face it. “It should be clear that you cannot always get to everything. Sometimes you have to reduce the day or the number of subjects to achieve a good organization. If you integrate it with your reality and you are prioritizing, there is no problem. Sometimes it can be stressful, but we must know that going through periods of overload, with the stress that comes with it, is not a bad thing in itself. The problem is when this situation becomes chronic or is not managed properly, “he explains. In general, is it approached in a different way when the motivation to work is not so urgent? Sánchez-Gelabert responds that students face their university experience differently according to their social conditions and according to their social origin: “Students from upper-middle classes present a more expressive approach to studies and, therefore, the university experience it becomes central in your life. On the other hand, in the case of the working class, their approach is more instrumental, giving greater importance to the function of the university as an improvement or social elevator and with a greater concern for economic factors and direct and indirect costs ”.

For the sociologist, it is important to highlight that since the introduction of the Bologna reform in 2009, a series of changes have been integrated for all degrees in the university system, such as the introduction of continuous assessment and the need to attend the university. , among other. These measures meant, according to the researcher, a tightening of the conditions for students who had multiple responsibilities and could not stay in person for so long at the university. Students who have other responsibilities outside the university or older students have often been identified as non-traditional students, since they are profiles that historically were not so present in higher education. One of the challenges posed by these differences, according to Sánchez-Gelabert, is to analyze whether the way in which students face and experience university can have an impact on their learning and / or graduation opportunities and in terms of social equity. “Students who have to combine the university experience with other responsibilities are overrepresented in students from lower socioeconomic backgrounds. In this sense, the social conditions of university students can be consolidated as one more factor of educational inequality that has an impact both on learning opportunities and on graduation results and opportunities ”, he concludes.

An article published in 2017 in the European Journal of Education by members of the Research Group on Education and Work of the Autonomous University of Barcelona found that in the case of those who finally graduate, the combination of work and studies provides work experience that is it is related to a higher index of occupational quality in work experiences after university. “The occupational quality index takes into account both objective indicators (type and duration of the contract, salary and adaptation of employment to educational level) and subjective indicators (general level of job satisfaction). People who worked during the studies have higher scores in this index, although it should be noted that differences were observed according to the study area and according to whether or not the work during the studies was related to what is being studied ”, says Albert Sanchez- Gelabert, one of the study researchers, together with sociologists Mijail Figueroa and Marina Elias.
The aforementioned article reviews the evolution of the phenomenon in the last decade, taking into account the labor insertion surveys of the Catalan Agency for Quality Assurance for the years 2005, 2008, 2011 and 2014. “The evolution shows how the number has increased. of students who combine work and study, especially among those whose parents have little education. In addition, this means that lower grades are obtained and that there is a greater degree of inequality in labor insertion, depending on the academic training of the family of origin. In general, the relationship between the different variables shows how the combination of work and study has negative effects on qualifications, but positive effects on job placement, especially if work experience at the university is related to studies “, point out its authors .

The best options for that double effort

Given that studying and working at the same time is not always easy and it is not always a choice that can be made freely, it is worth wondering if there are some careers that are better than others to be able to carry out this combination. “Although there is a greater presence of full-time students in degrees in the areas of engineering and science, some research concludes that it is not clear that it is due to institutional initiatives from the faculties or departments.
Specifically, when analyzing the experiences of the students, they show how the university does not facilitate or recognize their situation and does not apply any type of measures to be able to manage it and improve the balance ”, explains Albert Sánchez-Gelabert. According to the researcher, it must be borne in mind that this may therefore be due to an effect of self-selection by students. In other words, those who anticipate that they will have to work during their studies avoid certain degrees that involve more intensive and face-to-face dedication at the university.
Beyond degrees, another challenge for Sánchez-Gelabert is the role of the university modality. Can students with external responsibilities choose the online university as an option that offers more flexibility and a lower financial and time cost? “The results seem to confirm this hypothesis and show an increase in the importance of distance education and, in turn, a polarization of student profiles: homogenization of the profile in the face-to-face university – young and without responsibilities – and a growing diversity of students in the online university, still those with multiple responsibilities —work, family, etc.— the most present ”, he responds.