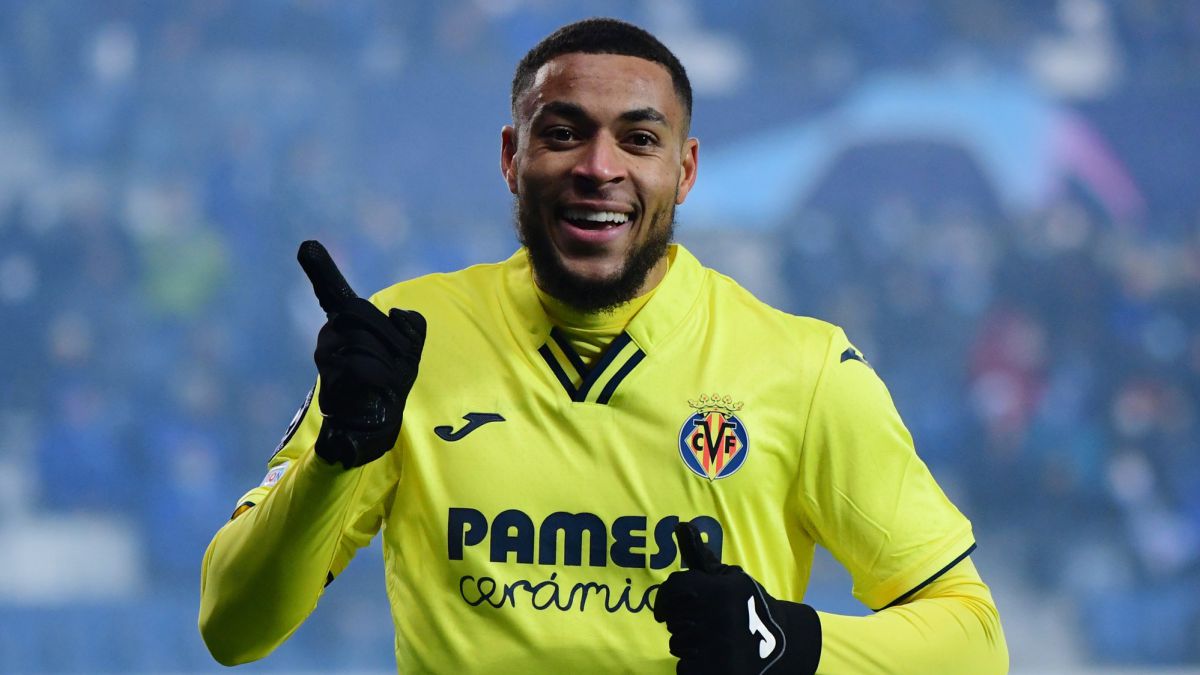 How is Danjuma doing after that great night in Bergamo where he scored two goals against Atalanta in the deciding match?

He’s in a great mood, as you can imagine, this was one of his goals when he landed at Villarreal, not only to regularly establish himself in the Champions League, but also to go beyond the group stage and challenge himself. against the world elite.

He has scored 5 goals in 8 games in the Champions League, he is only 24 years old, but has experience in competition. Was Bergamo your best night as a professional player?

It is the first time that he has qualified beyond the group stage so it is sure to be a brilliant night for him, his family and his friends, but there is still a long way to go and we are not stopping. You always have to keep going to repeat as many nights as possible like this one and more. “

“Unai Emery was an important factor for the signing, Danjuma benefits not only from his experience but also from his tactical knowledge. Also, Villarreal beat United …” “

Do you remember the first time you saw him play soccer? What was the first thing that caught your attention?

The first time I saw him play, I knew immediately that he had the pace, power, and control of the ball to get to the top of soccer, but over time as our friendship grew and I got to know him more personally, for me. undoubtedly his greatest asset was his determination to win. Being a close friend of Anthony Joshua (Jarman is part of the team that has been the heavyweight boxing world champion) And by sharing space with the likes of Floyd Mayweather, you quickly learn that athletes at the top have something special about their personality, something that keeps them up there. It is an obsession to constantly pursue success and that desire never ceases in it. It is something that infects you when you are around and it is something that I would seek to install in any young and determined individual.

In LaLiga Danjuma has had a great impact, perhaps because not many people knew him. How was the transfer with Villarreal cooked?

Villarreal clearly have a very good recruiting team, I don’t want to go into the details of when they contacted, but evidently there was a real desire from all parties to see Danjuma play in the Yellow Submarine jersey.

He scored 17 goals for Bournemouth last season. I guess you got a lot of offers after that, why did you choose Villarreal? Was there an offer from the Premier League? Many people wonder how the Premier League clubs let Danjuma escape!

The point is not that Premier League clubs let Danjuma escape, but rather how Villarreal really made us feel like it was the next best step in his career to help him continue to develop, but also to help him achieve his own ambitions. personal. We cannot forget that it was Villarreal who beat my own club, which I have supported since I was a child, Manchester United, to win the Europa League. Unai Emery was an important factor for us, benefiting not only from his experience but also from his tactical knowledge, and lastly the owners, from the president to the CEO, really showed their ambition and the unity of the club, it was all that we were. searching.

What has surprised Danjuma from Villarreal the most and what are his goals?

Nothing has surprised him, other than the weather and how good it continues to be. (Laughs) He is very happy with what has been done in the Champions League so far, but obviously there is still work to be done in Spain and he is committed to ensuring that good work carries over to LaLiga as well. Villarreal has proven to be a really tough competitor, excellent on the ball and difficult to break on the backlash. We just need to see that translate to wins now.

His presence and his performance at Villarreal has helped him so that Van Gaal can count on him in the Netherlands National Team in a region where there is a lot of competition. Do you think the same?

Obviously this has been very important, as I feel like he was not taken into account last year solely because he played in the Championship (English Second Division) and it was disappointing not to go to the Eurocup, but now he is back with the Netherlands. They have qualified for the World Cup and their ambition is to go as far as possible with the team. The national team has a mixture of youth and experience and can compete with anyone, and obviously with Van Gaal as coach, what more could you ask for. Two great coaches in his life, it’s exactly what Danjuma needs and wanted.

See also  Coup in Russia? Elite plans against Vladimir Putin are leaking out

Rumors begin to appear about his future and teams interested in signing him. What is your termination clause?

I don’t want to sound like a robot and being respectful, I never discuss any of my players’ business in public in the first place, it’s not fair to them or anyone involved. What I will say is that he is showing why he is one of the best attacking players in the world, so naturally this will attract interest, but honestly, he is very happy playing for Villarreal. He is loving what he is experiencing with the coach, with the owners and, of course, with the fans, he is not even close to thinking about anything other than performing for a club that has helped him develop so far and wants to give back. the best of himself.

Final Fantasy 16 news due this spring