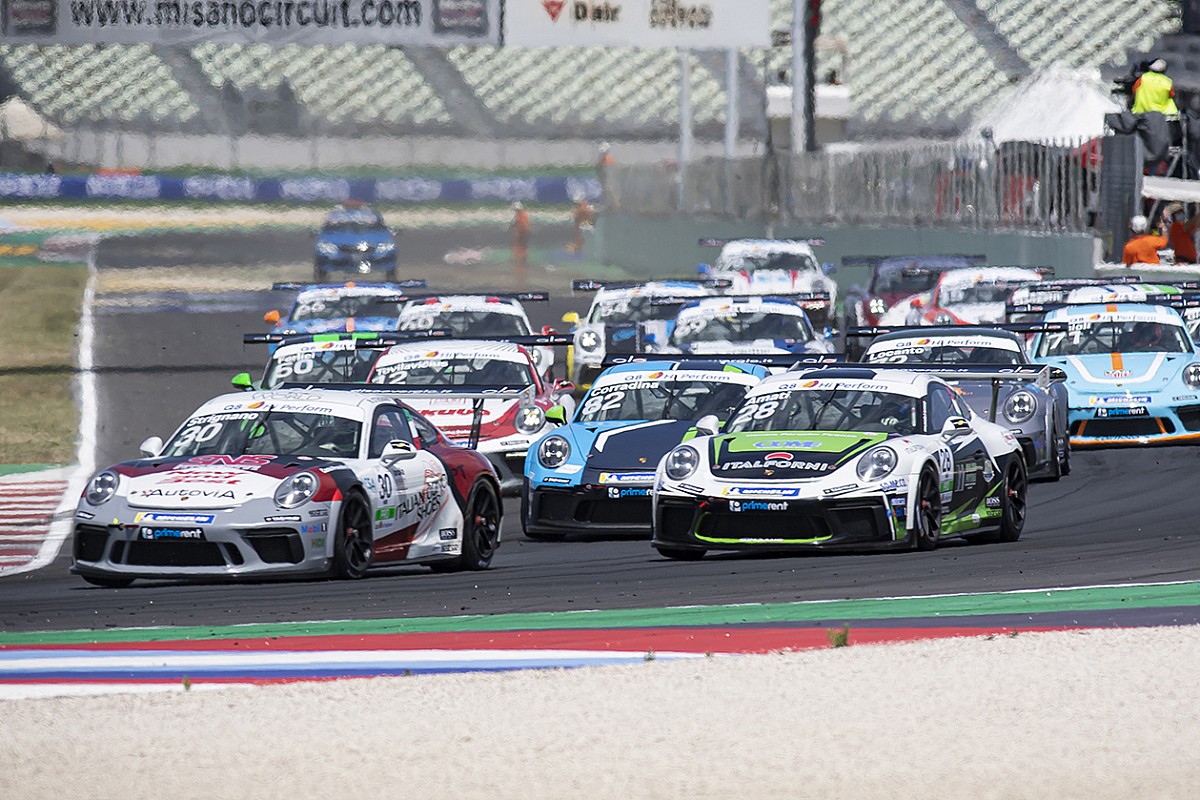 The Porsche Carrera Cup Italia season resumes from Mugello Circuit. The prestigious 911 GT3 Cup single-make is back on track from 2 to 4 July after the crackling round of Misano for the second round of the season, which on the Scarperia and San Piero circuit will be preceded on Thursday by the exclusive pre-race test and which at the moment, on a track where high temperatures are very feared even for tire wear, it foresees a hot but not so hot weather.

With the confirmation of over 30 cars at the start (the record will probably be beaten at 31 cars at the beginning of June), on Friday the drivers will open the weekend by taking to the track for the usual free practice session, staged from 15.25 to 16.25 .

The action then resumes on Saturday with qualifying: appointment from 11.35 to 12.05 for PQ1 and from 12.10 to 12.20 with the top-12 admitted to the final session (PQ2) which will decide the pole position and the definitive starting grid for race 1, kicks off at 5.20 pm and live TV on Sky Sport Action, Sky channel 206 which for the first time hosts a race in the Porsche Italia tricolor series, always with commentary entrusted to Guido Schittone.

Race 2 then completes the weekend on Sunday at 1.00 pm live on Sky Sport Arena (Sky 204) and in the clear on Cielo (digital terrestrial channel 26). Both races will also be broadcast in live streaming in HD on the official website www.carreracupitalia.it.