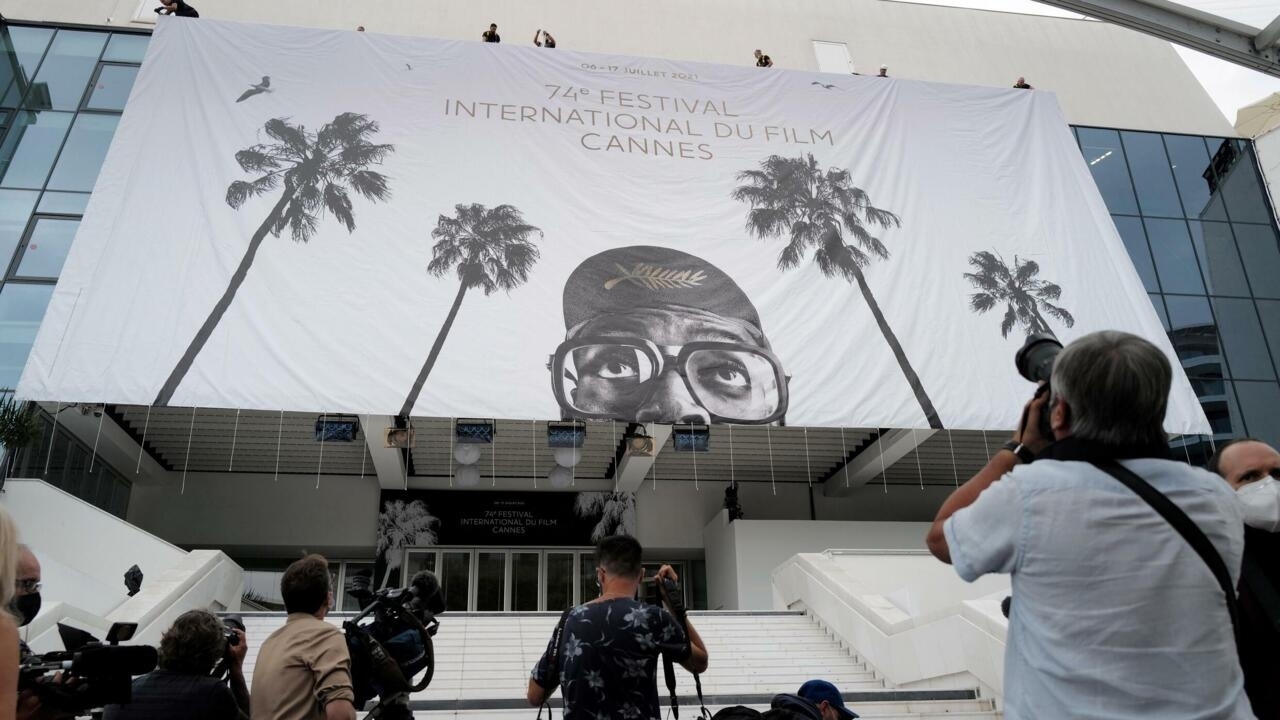 The most important and glamorous festival in the world, canceled a year ago due to the Covid-19 pandemic, returns from this Tuesday, July 6, until the next day 17. 24 films compete before a jury composed mainly of women and led for the first time by an Afro director, American Spike Lee. Here is everything you need to know about the 74th edition of Cannes.

The last gathering of personalities and artists of the seventh art along the palm-fringed Croisette in Cannes was in the spring of 2019. A year that would launch the cinema party with ‘The dead do not die’, an almost foreboding comedy film of impending doom: a zombie apocalypse triggered by man awakened from his slumber, by polar fracking.

By the end of that year, the apocalypse had duly struck, not in the form of Jim Jarmusch’s lovable zombie hordes, but in the most sinister form of a deadly virus that would soon spread across the globe, killing an estimated four million. people (to date), shutting down entire economies and putting a brake on social and cultural life around the world.

The new coronavirus served as a painful reminder of the direct link between biodiversity loss and vital threats to humanity, and this year, upon its triumphant return from a forced sabbatical, the Cannes Film Festival has vowed to put that phenomenon on. at the center of your program.

The festival organizers have made it clear that this year’s edition will be unlike any other. Sanitary protocols and a vast testing facility on the Croisette will be a constant reminder of the Covid-19 threat, while a host of environmentally-themed films will emphasize the historic and devastating moment humanity is going through.

Despite the quest for coherence with reality, Cannes is also keenly aware of the need for some relief and joy after a vicious cycle of lockdowns and curfews around the world. Thus this celebration of the seventh art will be the renewed showcase of an industry that has been especially affected by the pandemic, but that continues to beat.

🎞️Le @Festival_Cannes debute aujourd’hui! Partenaire de longue date du festival et grande terre de cinéma, @MaRegionSud It will be present at Cannes during the 11 days dedicated to the 7th art. More also, for the future I contributed to the name of films in competition cette année! pic.twitter.com/kPSemtcmeT

With cinemas closed for much of the pandemic, the balance of the battle between the big screen and streaming platforms has tilted sharply in favor of the latter. Now more than ever, Cannes is eager to play its role as the flagship of traditional cinema, which means Netflix is ​​once again absent from the party.

The race for the Palme d’Or

A direct consequence of the absence of Cannes in 2020 is the unprecedented abundance of films on offer this year. And it is that several great authors waited a whole year to premiere their works at the most important film festival in the world, such is the power of this meeting in French lands. Among the jobs that awaited are Wes Anderson’s ‘The French Dispatch,’ ‘Benedetta’ and ‘Annette’ by Paul Verhoeven and Leos Carax, whose musical drama starring Marion Cotillard and Adam Driver will provide the suitably glamorous backdrop to this. anus.

Apart from the large French contingent, the list of 24 films competing for the Palme d’Or covers an especially wide spectrum of world cinema, with ‘A Hero’ by Asghar Farhadi from Iran, ‘Lingui’ by Mahamat-Saleh Haroun from Chad, ‘ Memoriam ‘by Apichatpong Weerasethakul from Thailand,’ Drive My Car ‘by Ryusuke Hamagachi from Japan,’ Petrov’s Flu ‘by Kirill Serebrennikov from Russia and’ Nitram ‘by Justin Kurzel from Australia also in the race.

Other household names include Italian Nanni Moretti with ‘Three Floors’, winner of the Palme d’Or in 2001, and Sean Penn with’ Flag Day ‘, who returns to the Croisette five years after his sorry’ The Last Face. ‘was ripped apart by critics. They will be joined by an exciting roster of newcomers to the competition, including Israeli Nadav Lapid with ‘Ahed’s Knee’, Moroccan-French director Nabil Ayouch with ‘Casablanca Beats’, Belgian Joachim Lafosse with ‘The Restless’ and American indie Sean Baker with ‘Red Rocket’.

Reflecting the broader competition, the host country presents a contingent of seven regular directors such as Jaques Audiard with ‘Paris, 13th arrondissement’ and François Ozon with ‘Everything went well’. It also includes three of the four directors in the race, with Catherine Corsini and ‘The Divide’, Julia Ducourneau and ‘Titane’ and Mia Hansen-Løve and ‘Bergman Island’.

Hungary’s Ildiko Enyedi is the only other woman in the race with ‘My Wife’s Story’, showing that the festival remains very short on addressing the chronic gender imbalance in its main competition.

Instead, organizers have emphasized near parity in Un Certain Regard’s sidebar, designed to showcase younger and bolder dishes, while women outnumber men on the main jury chaired by Spike Lee, the first filmmaker. afro to preside over the jury of the Cannes festival.

Of course, at least one director is guaranteed to win the honorary Palme d’Or this year; Jodie Foster will collect the award on opening night, 45 years after she first appeared in Cannes, at age 13, for the premiere of Martin Scorsese’s ‘Taxi Driver’.

In order to make room for newcomers in the main competition, while rewarding veterans for their loyalty, Frémaux and his team have added an entirely new section, Cannes Premieres, to showcase the latest work from festival fans. , like the South Korean Hong Sang-soo (“In front of your face”), who has earned his permanent position.

Cannes has also followed the example of other film festivals, giving more space to documentaries. This year’s list includes Oliver Stone’s review of his classic ‘JFK,’ Todd Haynes’s portrait from ‘The Velvet Underground,’ and Charlotte Gainsbourg’s tribute to her mother, Jane Birkin.

The music-filled Cannes lineup also includes Audrey Estrougo’s long-awaited ‘Suprêmes’, about the godfathers of French rap, NTM, and Valerie Lemercier’s long overdue Céline Dion biopic ‘Aline’. In perhaps the most peculiar musical option, Bill Murray will recite contemporary numbers in collaboration with a German cellist and a piano trio on Andrew Muscato’s ‘New Worlds, the Cradle of a Civilization’.

This year, six more documentaries are scheduled in a new section focusing on climate change and environmental degradation, along with Louis Garel’s feature film ‘The Crusade’, starring the French actor and his partner Laëtitia Casta. The document includes ‘Above Water’ by Aïssa Maïga, on the impact of global warming in Niger, and ‘Invisible Demons’ by Rahul Jain, which addresses air pollution in New Delhi.

“There are documentaries that describe how we are destroying our planet, documentaries about how beautiful it is and others that analyze how people should interact with younger generations,” Frémaux told FRANCE 24 before the festival.

The films aside, the festival has a mountain to climb when it comes to reinforcing its green credentials. As the most ostentatious stop in the endless cycle of film festivals and parties, the Cannes Film Festival has long been an ecological hazard. It has also lagged behind other gatherings, such as the Berlinale, which recently adopted red carpets made from recycled fishing nets.

Thus, this year’s Cannes red carpet will be half the size that was last seen in 2019. To make amends, the organizers have promised that size reduction and make it with recycled materials instead of the usual PVC. They also banned plastic bottles, deployed a fleet of electric cars, and instituted a € 20 contribution from each festival goer to offset part of their carbon footprint.