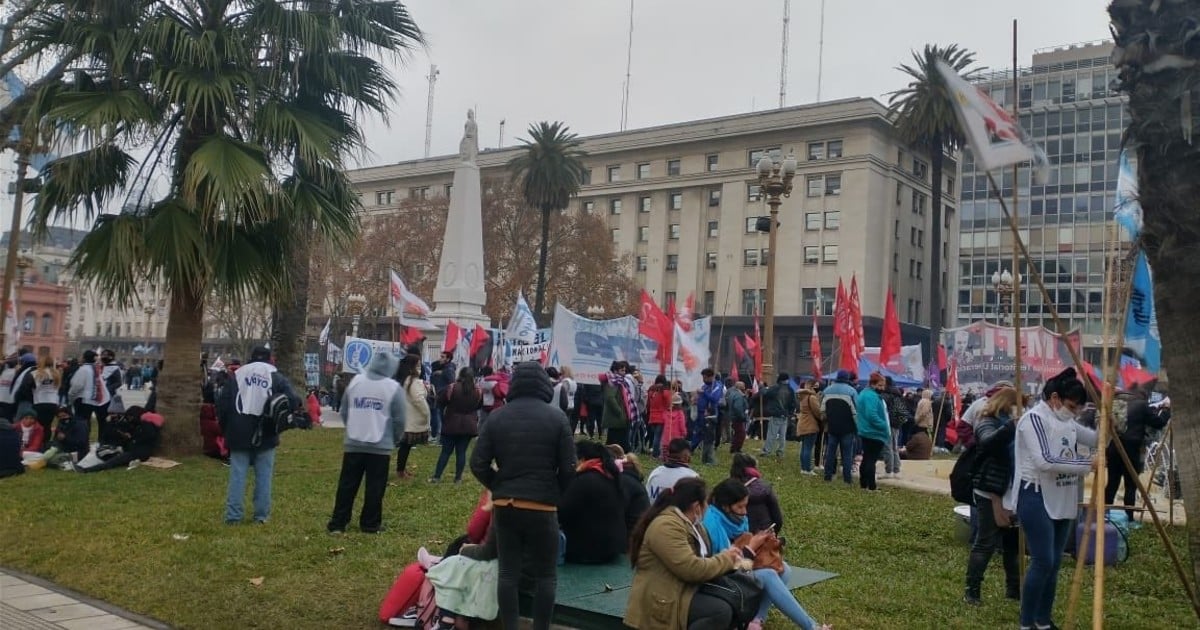 Social, political and union organizations are already camping in Plaza de Mayo to demand the release of the leader of the Tupac Amaru Milagro Sala and to “make her arbitrary detention visible”, after 2000 days “as a political prisoner.” The protest, for which 250 tents were set up and includes different activities, will last until July 9.

The organizers, who assure that Milagro Sala she is being held “by order of Gerardo Morales”, governor of Jujuy in good harmony with Alberto Fernández, and they question that of the 2,000 days of detention “more than those five hundred and fifty days have passed with Peronism ruling.”

Along these lines, there was no lack of internal criticism and, especially, for the President. “The Government did not forget Milagro Sala, but does not know how to solve the problem. And we have come to give the answer: exercising the power that 48 percent of our people gave it and generating a synapse between the militancy. that resisted the four years of macrismo with state policies, “said Alejandro” Coco “Garfagnini, Tupac coordinator at the national level, in dialogue with a Radio 10 chronicler.

For Garfagnini, “the one who has to make the political decision to concretely exercise mechanisms to free the Milagro is our fellow President.” “He has to get out of neutrality and take a position on the facts, not just on the diagnosis on which we agree. We ask our government to exercise the power that was transferred to it by 48 percent of the electorate. As Néstor Kirchner did, as Cristina did, now he has to do it, “added the organization’s Buenos Aires referent, who reviewed the list of government officials accompanying Milagro’s request, among whom he mentioned the ministers Agustín Rossi (Defense), Martín Soria (Justice), Elizabeth Gómez Alcorta (Women), Secretary Horacio Pietragalla (Human Rights), among others.

Last year, Alberto F. ruled out the possibility of a pardon to the Jujuy leader, who has two sentences – one to 13 years in prison – and was arrested in 2016 in the framework of the “Pibes Villeros” case, in which she was convicted of being considered the head of an illicit association and co-author of the crimes of extortion and defrauding the State.

The camp, by the Jujuy leader and nine other detainees, was reduced -first the installation of 2,000 symbolic tents was foreseen- to respect those of distancing and care in the framework of the pandemic and they were set up throughout the entire Plaza de May gazebos of the Milagro Sala Front, of sister Human Rights, trade union, social and political organizations.

There is a main tent, called “Milagro Sala”, in which until July 9 will be developed panels of debates of the militancy.

The closing of the camp will be an interreligious celebration in charge of the Priests for the Option of the Poor and then a group of referents of fellow community cooks will read the proclamation of July 9 for the definitive Independence.