The Cabinet approves the appointment of Dr. Khaled Mohamed Al-Khazraji as the Director of Zayed University 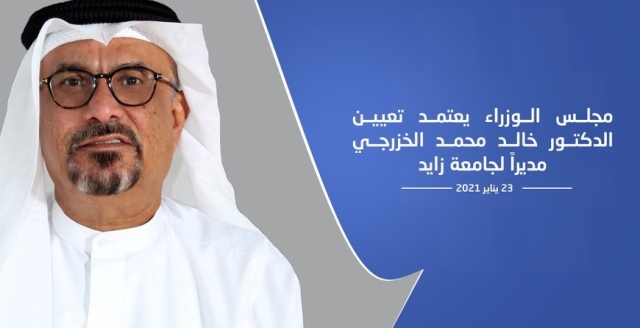 Dr. Khaled held a number of positions and has extensive experience in business administration in the government and private sectors, as he previously worked as Director General of the Human Resources Development and Employment Authority / Development /, and an undersecretary for the Ministry of Human Resources and Emiratisation / the Ministry of Labor and Social Affairs previously /, and also held a number of positions in The educational and academic sector, as he was a member of the Supreme Council of the Emirates University, and the Vice-Dean of the College of Business and Economics at the Emirates University and a member of the faculty there.

Al-Khazraji has a wealth of societal contributions and scientific research, and has contributed to the evaluation of a number of social and economic awards, and has published many books, articles and research.

United States Finnish report: Donald Trump tried to manipulate the result of the presidential election in seven different ways – “The attack on democracy was unprecedented”