The Bundestag understood Putin’s words about unwillingness to feed Ukraine 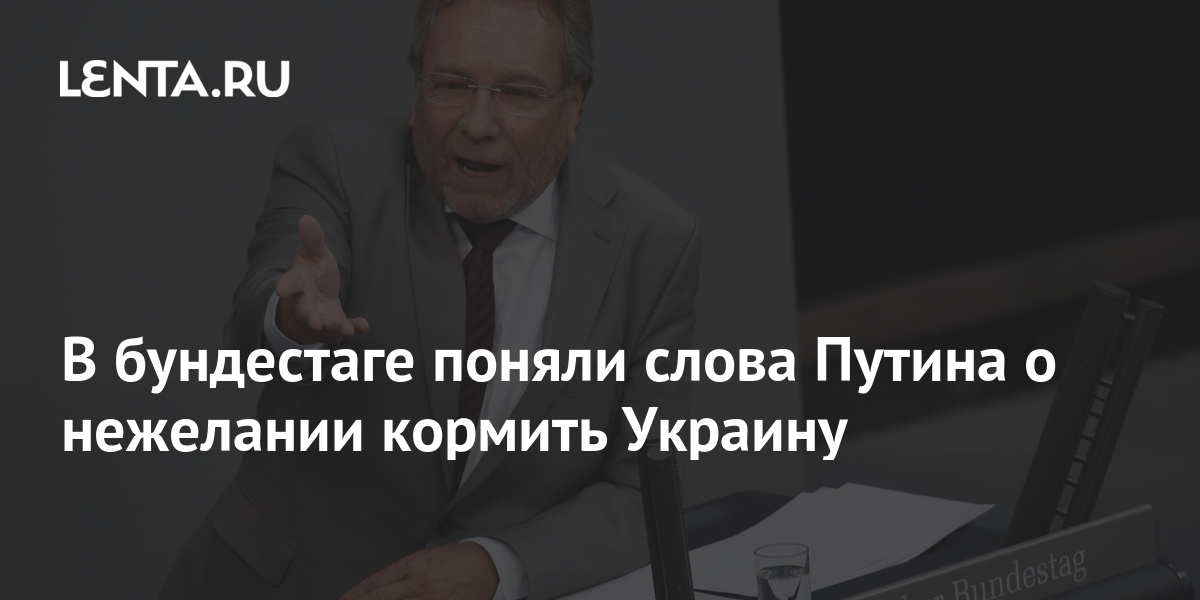 Russia’s reluctance to subsidize Ukraine by paying for gas transit through its territory, of course, said the head of the Bundestag Committee on Economics and Energy Klaus Ernst. So he commented on the words of Russian President Vladimir Putin that Moscow is not obliged to “feed everyone,” reports TASS…

Ernst recalled that the gas pipeline through Ukraine continues to be used in accordance with the agreement between Gazprom and Naftogaz, and transit duties are charged for this, as usual. “The fact that Russia does not want to subsidize Ukraine is understandable. If the EU wants to support Ukraine, it must do so through direct payments, not indirect payments for gas transportation, which ultimately fall on the shoulders of European gas consumers, ”the politician added.

On June 4, during a speech at the St. Petersburg International Economic Forum (SPIEF), Putin said that Russia is ready and wants to supply gas through Ukraine, but this requires the goodwill of Kiev. By it, the president means receiving money not for the development of the Ukrainian army and solving national problems with its help, but for raising the Ukrainian economy and working with people. The head of state also recalled that gas for Ukrainians is six times more expensive than in Russia, and three times more expensive than in Belarus.

The agreement on the transit of Russian gas through Ukraine was concluded at the end of 2019 between Gazprom and a specially created operator of the Ukrainian gas transportation system (GTS), which took over part of the former functions of the state-owned company Naftogaz of Ukraine. The document replaced the previous agreement, which expired on December 31, 2019, and is designed for five years. Its financial terms were not disclosed.