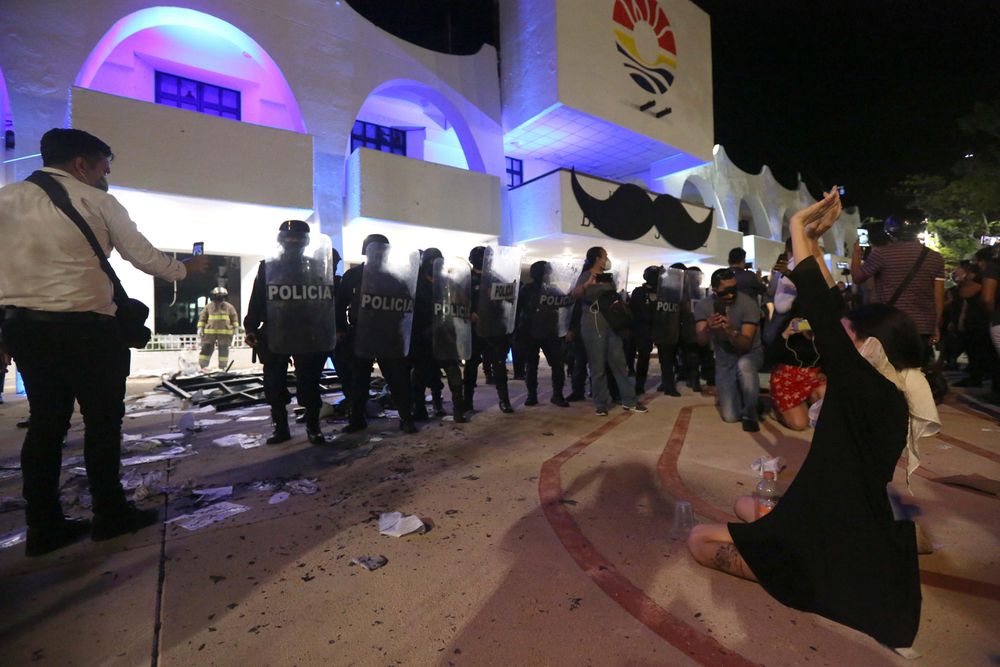 The live broadcast on Facebook that the journalist Cecilia Solís started at 7:15 p.m. on Monday lasts 33 minutes and 16 seconds. At that time, with the feminist contingents, who protested the two brutal femicides that occurred over the weekend in Quintana Roo, he traveled the distance between the State Attorney General’s Office and the Benito Juárez municipal palace, in Cancun. Already in the heart of the tourist capital, some protesters set fire to the furniture they have managed to remove from the City Hall. Several windows have been broken. In the background you hear “not one more, not one more, not one more murdered” and Solís narrate: “The police can enter at any time”. Until then, the agents are on both sides of the building, watching without intervening. “They are waiting for an order,” continues the journalist.

In the last minute of recording everything rushes. The first shot and the first screams are heard. Hooded, with bulletproof vests and with short and long weapons, a group of police officers break up the demonstration. In the images you can see young people running, the blows of the agents, some protesters hugging on the ground, and especially the non-stop bursts of gunfire. Cecilia Solís moan is heard and after 25 seconds the recording ends. The journalist is one of three gunshot wounds in the feminist demonstration on Monday, which has ended with the resignation of the Secretary of Public Security of Quintana Roo, Alberto Capella, and the dismissal of the director of the municipal police, Eduardo Santamaría.

“The police never fired into the air. When I am running to protect myself, he turned to look behind and there is an image that I could not forget: the policemen shooting, as if they were hunting us, ”Solís tells EL PAÍS with a broken voice. “At times, I thought: ‘Here I stayed.’ No matter how much he ran, he did not advance. At no time did the shots go into the air or to the ground. ” The shot went in and out of the top of his leg, just below the glute. The weapon that fired at him – both in his case and in that of the journalist Roberto Becerril, who was shot in the hip, and in that of a young protester, who hit him in the knee – was a nine millimeter, those for regulatory use from the police. “When analyzing the trajectory of the bullets, the doctors believe they were trying to injure our legs,” says Solís, who has been a reporter in Cancun for 23 years, covering the red note for media such as Quintana Roo newspaper or News Today QR, for who was broadcasting on Monday afternoon.

After being shot, Solís arrives with a group of girls who were trying to protect themselves. “The agents arrive with the batons and start beating the girls. One of the police officers comes up to me and says: ‘He took the hell out of you, asshole.’ I tell him I’m from the press, but he doesn’t believe me ”. On the other end of the phone, the journalist’s tears are heard: “Another policeman appeared, when I was already kneeling, and he recognized me. I asked him, please, to protect me, because I feared for my life. He led me to a wall in the council area of ​​the City Hall and there I stood dripping blood. ” Her husband went there to take her to the hospital, from where she filed a complaint with the Prosecutor’s Office on Monday.

The question that remains in the air is who gave the order to start shooting at the protesters. The recently resigned secretary of Public Security assures that there was never an order, but a panic reaction of six elements before the mob. “They say they reacted like this because they were setting fire to the municipal palace,” he says in an interview with EL PAÍS. All six officers are under investigation. The state governor, Carlos Joaquín, pointed to the director of the Cancun police, Eduardo Santamaría, as the man who gave the instruction to “shoot into the air” to disperse the protesters. But Capella, the head of state security, cannot even confirm it: “It’s just a hypothesis.” Santamaría was removed from his duties this morning by the mayor of the Morena party, Mara Lezama.

The mayor, the state governor and even the president, Andrés Manuel López Obrador, have promised a thorough investigation into what happened. “This cannot be repeated,” Carlos Joaquín said on Tuesday. For her part, Cecilia Solís assures that she is going to reach the last consequences: “This cannot stay that way. In 23 years, I have never had the authorities react in such a violent way.” 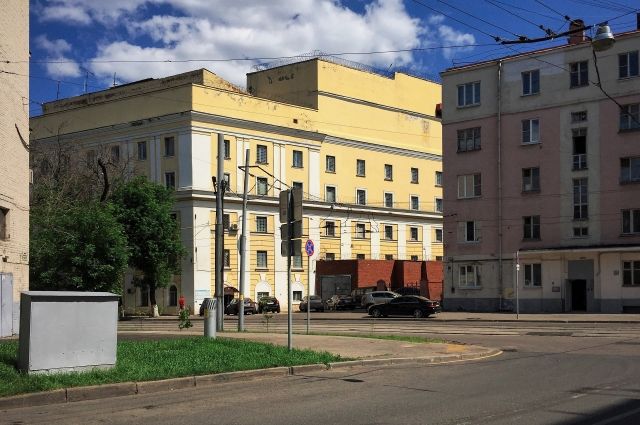 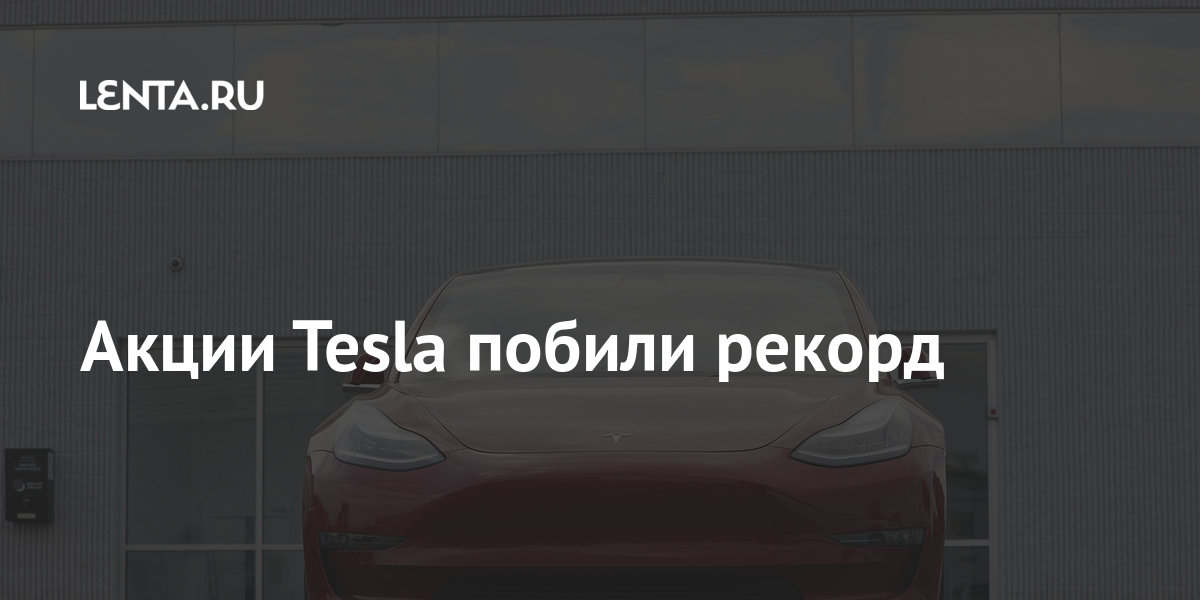 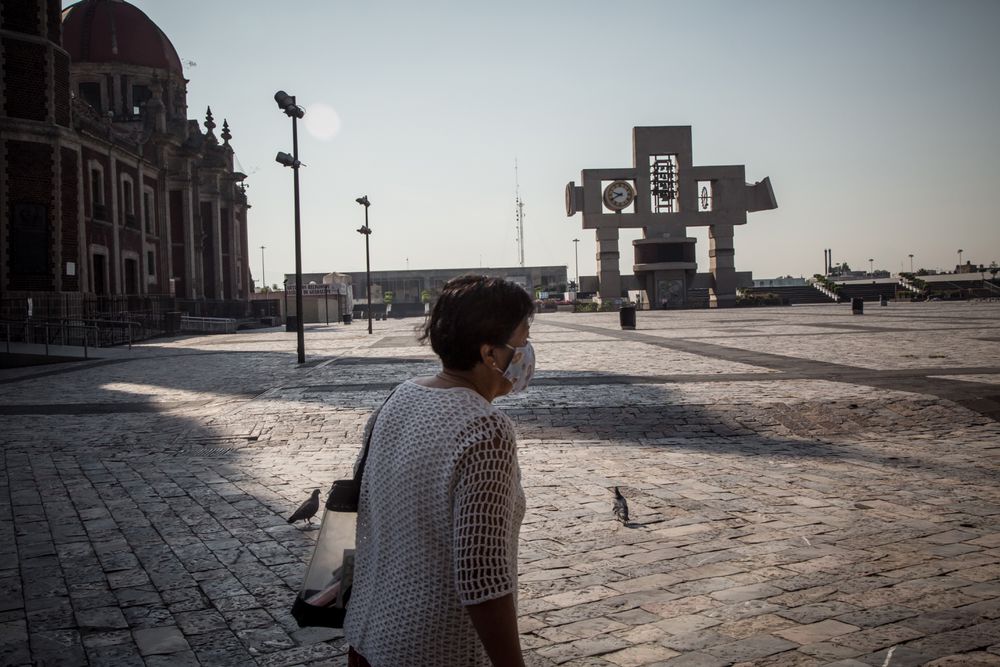 The virus knocks on the doors of the Basilica of Guadalupe