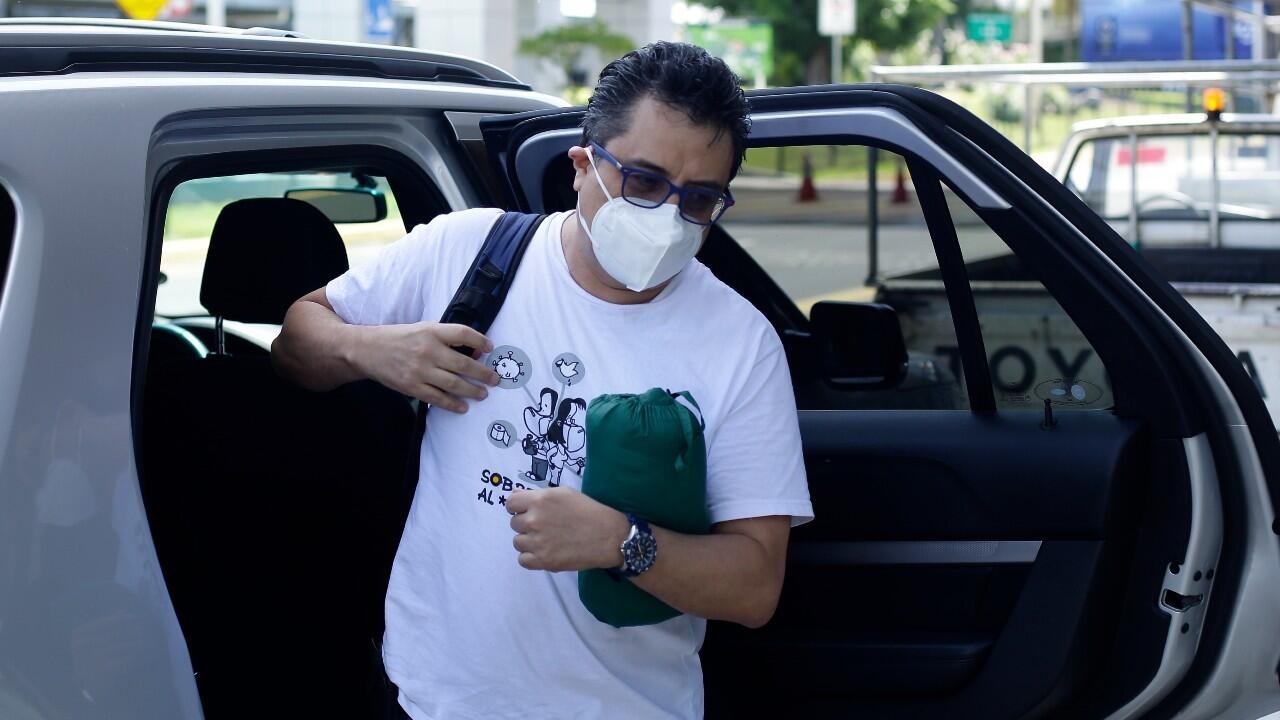 This July 8, the renowned Mexican journalist and digital editor of the newspaper El Faro, Daniel Lizárraga, left El Salvador after the order of the Government of Nayib Bukele. The authorities gave him five days to leave the country, after denying him his work permit and temporary residence.

“One more attack by the government of President (Nayib) Bukele in general on the critical journalistic exercise.” This is how the editor-in-chief of the Salvadoran newspaper El Faro, Óscar Martínez, described the expulsion from the country of the digital editor of the medium, Daniel Lizárraga.

Last Tuesday, the Government of El Salvador notified Lizárraga, a Mexican national, that it was revoking her 90-day permit to stay in El Salvador and gave her five days from that moment to leave the country.

The reason? The immigration authorities indicated that they were rejecting his work and residence permit in El Salvador for allegedly not being able to verify that he is an editor or journalist.

The newspaper El Faro, for which he has worked, described the argument as “absurd.” He affirmed that Lizárraga is a renowned journalist on the continent for his investigative work, including leading teams in Mexico that managed to uncover emblematic cases of corruption during the administration of then-President Enrique Peña Nieto. He is also an award-winning editor and journalism teacher at the Gabo Foundation and the Center for Economic Research and Teaching (CIDE) in Mexico, the publication noted.

“The real reason for his expulsion is not that he cannot prove that he is a professional journalist; quite the opposite: that he is a journalist specialized in investigating corruption cases. That is what really bothers the Bukele regime, so plagued by corruption scandals as it is committed to protecting its own corrupt, “said El Faro.

In a video recorded from the airport, minutes before leaving, Lizárraga indicated that “it is an attack, one more against El Faro, a way to once again harass El Faro and an attempt once more to stop us, it seems that they are willing to everything, but they must also know with all the forcefulness possible that they are not going to shut us up, we will continue to offer the best possible information to the limit of our capabilities, with all possible rigor to inform this society as it deserves it ”.

The media added that it is a campaign for months of “harassment, attacks, censorship and threats against El Faro and against journalism that is beyond its control.”

In their response to the decision, the media’s directives added that although Lizárraga’s expulsion is serious, it is not surprising and that they foresee that this type of aggression will continue, in order to stop the independent press.

“According to the Bukele Government, the truth has to be propaganda. On @_the lighthouse_ we do not do propaganda, we do professional journalism ”, he stated @danliza. This Tuesday, the Government informed the journalist that it was revoking his permit to legally stay in #The Savior.https://t.co/WglWHjOEGI


“The acts of corruption in this Government have not only been reported in journalistic investigations, but also confirmed in the reports of the now defunct Cicíes; and in the conclusions of the US Congressional commission that prepared the so-called Engel List. The response of the ruler who promised to fight corruption has been to protect the designated officials and persecute the press, “said the media among the possible fears of the Bukele government.

Last April, El Faro denounced that the Salvadoran government allegedly “fabricated another case” against it after an audit in which the Ministry of Finance accused the investigative media of evading taxes.

That was the same media that in September 2020 revealed that the Bukele Administration had made a pact with the Mara Salvatrucha (MS-13) for them to reduce homicides in exchange for prison benefits granted by the Salvadoran Government.

The former director of the newspaper and correspondent for the newspaper in Washington, José Luis Sanza, went further and in an interview with EFE last October said that it is possible that the Executive seeks the arrest of the directors of El Faro in retaliation for their investigations.

Last February, amid the harassment reported by the Salvadoran newspaper, the Inter-American Commission on Human Rights (IACHR) issued precautionary measures for 34 media workers.

The organization stressed that it had already found “sufficient indications that the rights of the personnel are at risk and the situation is serious”, because the threats are directly related to the exercise of reporting.

At that time, the measure urged the State involved to investigate the harassment and threats that put journalistic work at risk.

In addition, the agency dependent on the OAS asked the Salvadoran State to report on the specific actions it would take to investigate the harassment.

However, it is something that so far has not happened and, on the contrary, repression against the press is increasing, according to El Faro.