The British variant already causes more than 80% of cases in Spain, but it does not lead hospitals to the dreaded collapse 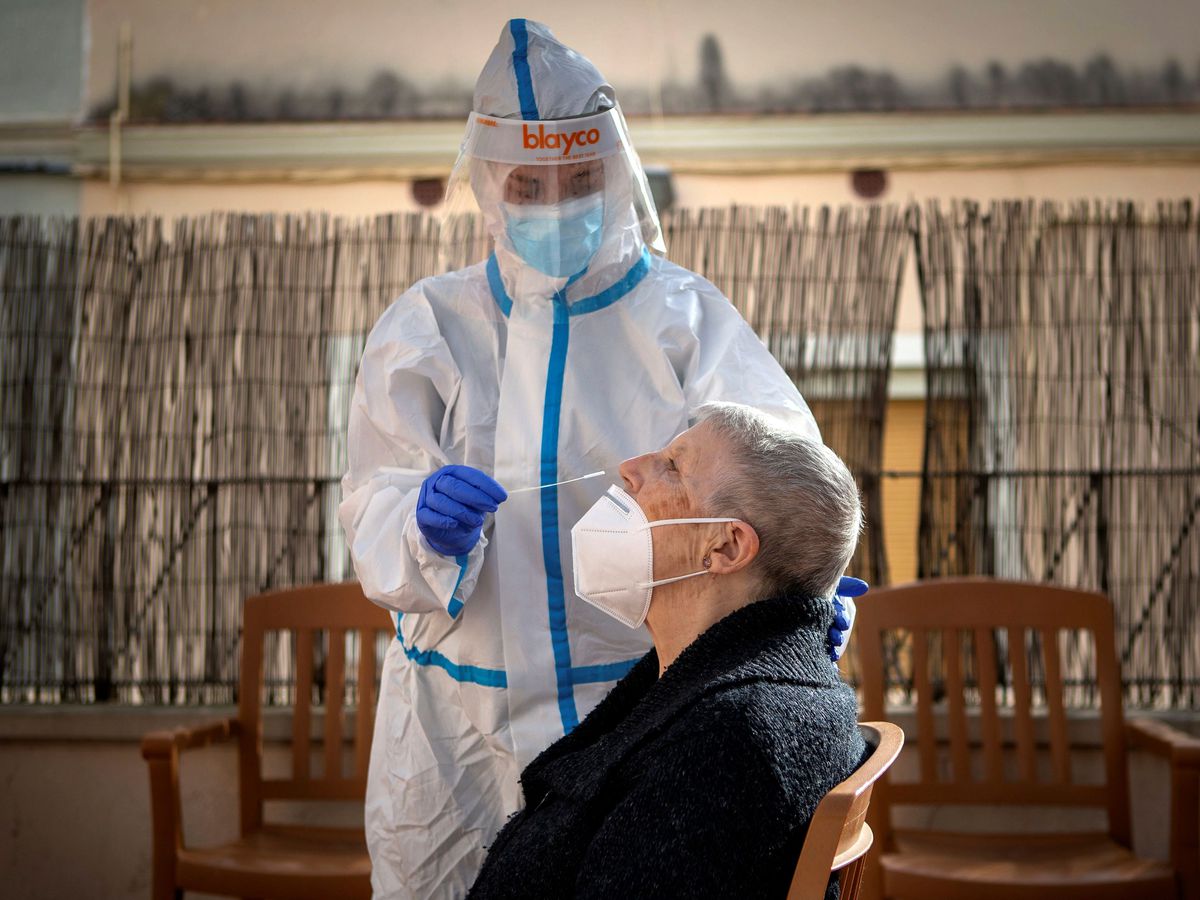 The British variant has half fulfilled in Spain the menacing fame that preceded it. It was said to be more contagious and it has more than demonstrated it: if in January it caused less than 2% of new cases, now it already exceeds 80%, according to the latest data from the Ministry of Health. But it was also feared that it would be more lethal and lead hospitals to a critical situation, something that has not happened in Spain for now, unlike what has been experienced in the United Kingdom at the beginning of the year and in France in recent weeks.

The experts consulted affirm that B.1.1.7 (scientific name of the variant) is causing some more serious admissions (although more research is needed to know if it really increases mortality) and promotes the fourth wave, but they specify that its impact on the Spanish health system is being notably lower than in other countries. “The worst omens have not come true, which is obviously good news, but it also shows us that we still have a long way to go about the pandemic. It is not easy to specify why what happened in other countries has not been repeated here ”, explains Quique Bassat, epidemiologist and researcher at ISGlobal in Barcelona.

According to the latest report of the new variants published by Health, of April 12, the British represents 90% or more of new cases in six autonomous regions (Andalusia, Asturias, Castilla y León, Valencian Community, Galicia and Navarra) and 80% in all the others except Castilla-La Mancha (77 %), Aragon (65%) and Madrid (64%).

“It is a fact that it has become dominant in Spain in a fast way. What we still need to investigate further is whether it causes more serious clinical conditions or higher mortality ”, explains Juan Carlos Galán, head of Virology at the Ramón y Cajal University Hospital (Madrid). “There are indications that they do, especially in age groups over 40 or 50 years old, but we still lack the corroborating evidence,” he adds. “On this issue there is contradictory and unconsolidated information. An article published in Nature I concluded that this variant increases mortality, but a later variant did not confirm it, ”says José Miguel Cisneros, head of the Infectious Diseases service at the Virgen del Rocío hospital in Seville.

Experts warn that, although the variant has not saturated hospitals, its impact is important. “We are treating serious cases in younger people. The age of hospitalized patients has decreased. It is true that there is no collapse, but I have 180 patients admitted and I did not expect to have so many at this time of year, with more immunized population and better weather conditions. It is clear that all this is due to the variant, which is making an important contribution to the fourth wave ”, adds Cisneros.

The vaccine is one of the new variables that may have mitigated the impact of B.1.1.7 in Spain. Jesús Rodríguez Baño, head of infectious diseases at the Virgen de la Macarena University Hospital (Seville), considers that “it is too early to know” and that it must be taken into account that other countries with a similar rate of immunization are being hit hard. “It is obvious that vaccines have reduced infections directly and indirectly, especially in settings such as residences, but we still lack perspective and studies to know if they have been a relevant factor that has deactivated the danger of the variant,” continues Rodríguez Baño .

Europe experienced a critical moment in January, with the third wave pushing strongly in most countries on the continent. The epidemiological situation was bad, but the prognoses were even worse. The new variants – the British, but also the Brazilian and the South African – drew a horizon in which the disease would not only be more serious and contagious, but in which vaccines could lose effectiveness.

For Elena Vanessa Martínez, president of the Spanish Epidemiology Society (SEE), this explains the rapid reaction of the entire continent. Germany, for example, kept schools closed for months. The European Center for Disease Control (ECDC, for its acronym in English) warned countries to prepare for a foreseeable “increased pressure on health care systems.” And the European Union promoted an ambitious plan with the aim of genetically sequencing up to 10% of positive cases to detect new variants and monitor existing ones.

“The reaction was appropriate after the notices from the UK. It is normal that new variants are emerging, but until then we had hardly heard of them because the known ones up to that moment were not more dangerous. It was then that we saw that the new ones could be more transmissible or cause more serious clinical pictures, ”explains Martínez.

Experts agree that one of the reasons that have made it possible to reduce the impact of the new variants is that the containment measures to prevent their transmission are the same as they already existed. “In any case, it has been seen that well-designed restrictions allow, to a certain extent, to continue with daily life, as the great work done in schools has shown,” adds the president of the SEE.

For Quique Bassat, however, this does not explain everything, since these measures are similar between countries and, within Spain, between autonomous communities. And despite this, incidences and hospitalizations present great differences. “We do not know why countries like France have had very high incidents in recent weeks and we have not. The only obvious difference is the climate, which allows for more life outdoors and better ventilation, although this I think would explain only a small part of the reality ”, Bassat explains.

“It’s when you understand everything that happens that you can design tight policies. And the opposite is often happening to us, that we apply measures that do not lead us to the desired result. Or, on the contrary, cases in which without doing much we improve the results. This is something that we are seeing when comparing countries, but also autonomous communities, without always knowing how to explain why ”, he concludes.

Companies Fiskars again has a positive earnings warning, the strong development at the beginning of the year continues