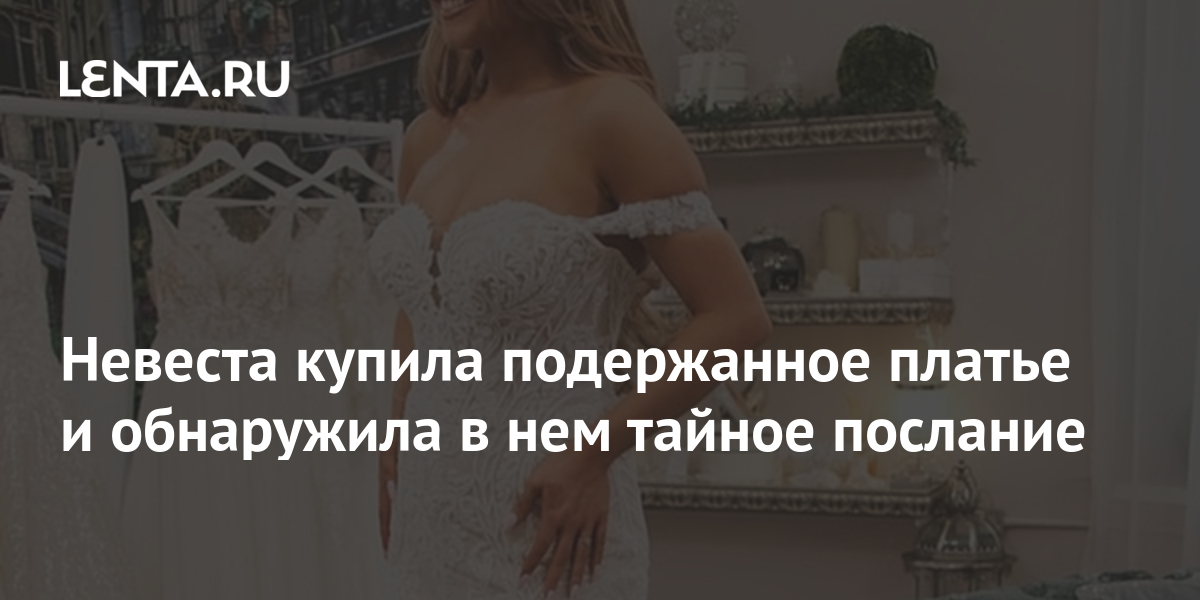 A British bride purchased a bridal outfit from a second hand shop and found a secret message in it. The material is published by the Daily Star.

Laura Trower told reporters that she decided to buy the dress right after trying it on because she liked the design. The footage shows that the top of the dress is made of lace, and its tight-fitting skirt is decorated with a long train. In addition, the item for 150 pounds sterling (15 thousand rubles) fits the girl’s figure perfectly.

According to the publication, shortly after the purchase, the heroine of the material drew attention to a note that was attached to the inside of the dress. “The letter contained the name of the previous owner of the dress and her phone number. The girl asked to send her photographs from the wedding, because she wanted to see who will put on her next thing, “- explained Trower.

According to the British woman, she found the note cute and immediately wrote about it to its author. It turned out that the previous owner’s name was Fran. “I also sent her photos from the wedding, which took place a year later,” concluded Trauer.

In November 2020, a Russian bought a shoe and found a secret message in a box. A resident of St. Petersburg ordered shoes from China and found scraps of paper in a box, on which the words “Help. Help” were written in English with a blue pen. I’m in a prison in China. Please, help. Uigur”. The man tried to find out who wrote the note to help its author.