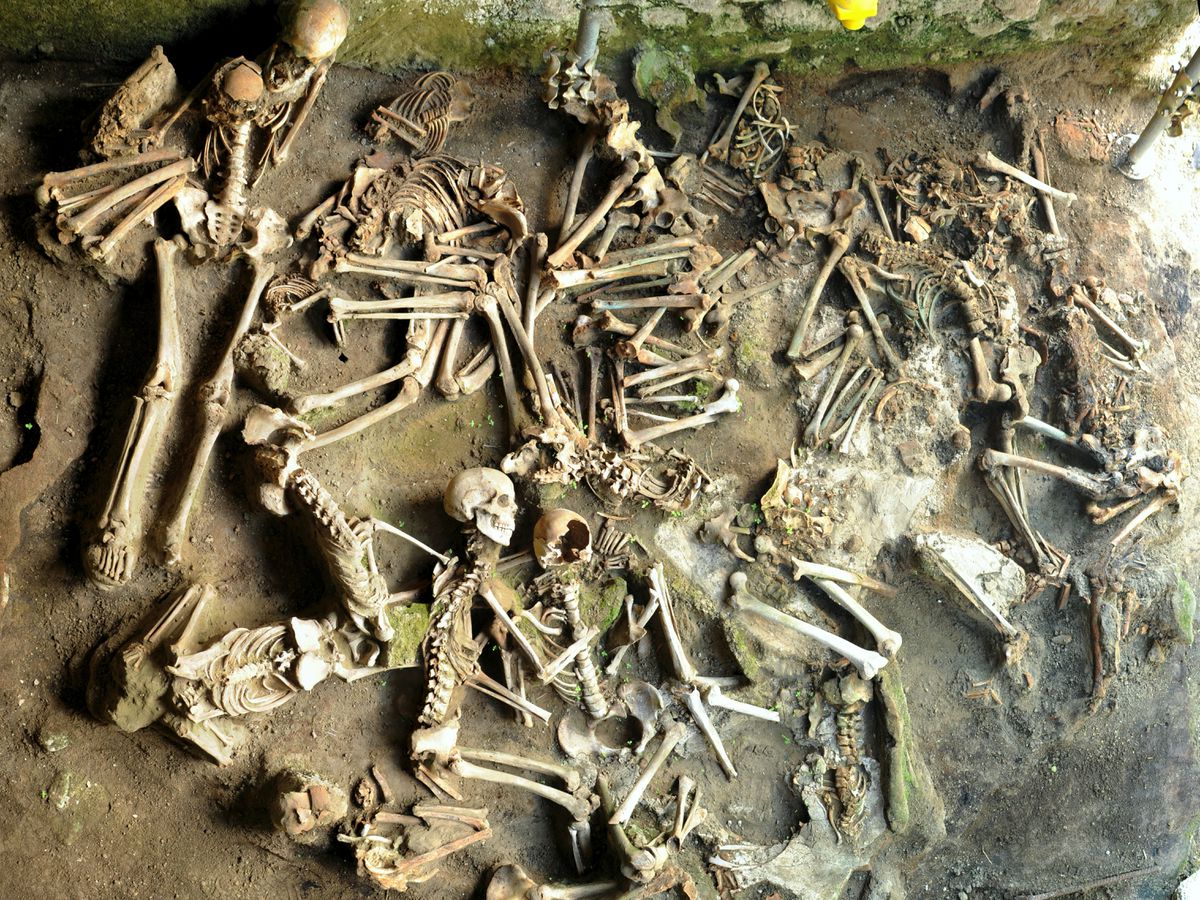 The eruption of Vesuvius in AD 79 was so explosive that it trapped many of the inhabitants of Pompeii and Herculaneum in their homes, and they died burned or buried in the volcanic ash. Now, studying the bones of a score of them has revealed what the ancient Romans ate. Beyond the relevance of oil, wine and olives, they have confirmed the great importance of fish in their diet. Of course, especially for them: women ate more meat, milk and vegetables.

Much of the current Mediterranean diet comes from Roman times, but the details of what they ate then are attested in Roman writings, mosaics, and little else. Now direct evidence emerges thanks to the analysis of the bones. For a few years, the collagen that remains in human bone remains has been studied to measure the presence of carbon and nitrogen, the basis of all living matter. The isotopic variations in both elements allow us to know the animal or plant origin of one and the other (isotopes are atoms of the same chemical element but with different numbers of neutrons). Although the passage of time, the causes of death or contamination in the burial can invalidate the results of the isotopic analysis, this time the volcanic ash has preserved all the details of the diet of the ancient Romans who were trapped in it.

By analyzing the collagen in their ribs and the tarsal bones of various inhabitants of Herculaneum, a city closer to Vesuvius than Pompeii, a group of researchers has been able to estimate the contribution of different foods to the diet of that time. The first thing they have seen is that it was very varied, like the current Mediterranean. They have also found that proteins of animal origin (from meat to milk) and those of cereals had a greater relative weight.

The main author of the study, the researcher from the universities of York (United Kingdom) and Rome Silvia Soncin, highlights the greatest finding they have made: “We have seen that the men of Herculaneum obtained up to 50% more of their protein from fish and seafood than women. In addition, they also had a slightly higher proportion of protein from cereals. Meanwhile, the majority of those obtained by the women came from locally produced animal and vegetable products and fruits ”.

For Soncin these gender differences in diet could be due to different reasons. “We believe that men were more likely to access fish. This could be because they were more likely to be directly involved in fishing and maritime activities, generally occupying more privileged positions in society, and [los esclavos] they were freed from slavery at an earlier age (approximately 30 years), which provides greater access to expensive products, such as fresh fish. The women, when they were slaves, were freed later (around 40 years), if they did so ”.

This work, published in the scientific journal Science Advances, also allows to compare the diet of the ancient Romans with the current Mediterranean. “We have verified that, proportionally, much more fish and shellfish were consumed in Herculaneum if we compare it with the Mediterranean populations of the 20th century, although the amount of cereals and animal products was similar,” Soncin details in an email.

One question remains to be cleared: Did the rest of the empire eat the same as in Herculaneum? This was a small coastal city in the south, which should not have much to do with Augusta Emerita (Mérida), located in the interior of Hispania, which took it away from the availability of fresh fish. But many other Roman cities and colonies were on the coast, beginning with Rome itself.

“At this stage we cannot say. Certainly the Bay of Naples [donde estaban Herculano y Pompeya] It was a particularly fortunate context for the Roman Empire, as it was central to its network of production and trade. We would like to apply the same approach to other Roman communities around the Empire in the future and see if the Roman diet was really as homogeneous as previously thought (i.e. many grains, vegetables, fruits, legumes and only a small amount of animal products and fish) or if there are differences that may be indicative of their economic and political role in the Empire, but also of their local geography and culture, ”Soncin concludes.

Beyond what the Romans ate, the professor at the University of Lleida Jordi Voltas highlights the other great contribution of this research, which is none other than the technique used. Until now, the study of carbon and nitrogen isotopes was done on a protein scale, of collagen. Now they have managed to lower down to the amino acids that make up each of these proteins. “This represents a significant improvement in the reliability of the estimates of the contribution to the diet of the three major food groups in humans, cereals, terrestrial animal protein and marine protein.” For Voltas, co-author of a similar study on the diet of the Iberians of the El Argar culture, “the possibility of applying this experimental approach to other contexts and times predicts a strong advance in the knowledge of paleodiets and their evolution over time. and space ”.