The blue triumph brings in more than 28 million. Here’s how much each player will get 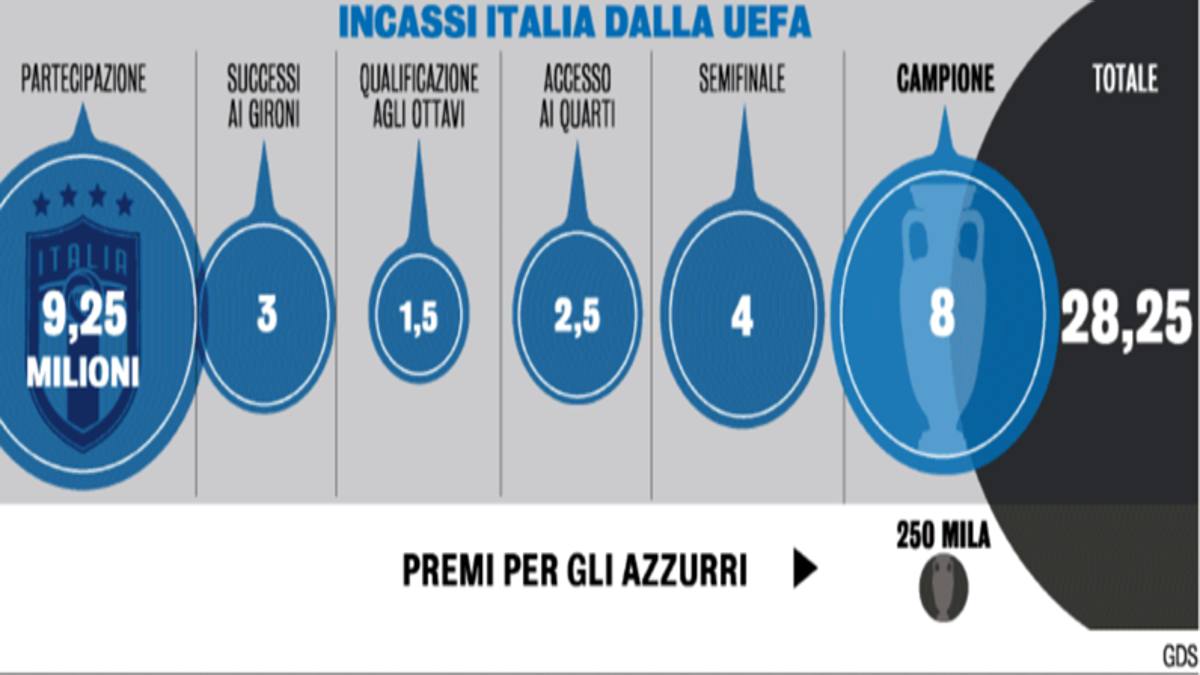 That blue becomes the national team that has grossed the most money in Uefa prizes in the history of the tournament with 99.5 million: overtaken Portugal (98.2)

Yes, it is also a success for the coffers of the FIGC. By winning the European Championship, Italy collected the maximum possible, € 28.25 million, thanks to three out of three wins in the group stage. A “score” with which the Azzurri become the team that has put into the coffers the most millions of Uefa prizes in the history of the European Championship: 99.25. Portugal which was in command and is now one million below (98.2). A percentage of this sum will go to players’ prizes: the agreement between the Azzurri and President Gravina provides for 250,000 euros each for the champions (it would have been 200,000 for second place, 150,000 for the semi-final and 80,000 for the quarter-finals).

Those Uefa are not Champions’ prizes, but a great wealth. Also taking into account the fact that Covid has burned part of the turnover of the tournament (the move of one year has caused the loss of 25-30% of the total) and, consequently, the prize pool for the 24 finalists. Now the teams are sharing 331 million, -11% compared to the expected prize pool of 371 million. Still a record. In 2016, the total sum was 301 million. The first time Uefa prizes were distributed, in 1996, the 16 finalists went to just 55 million: football has changed since then. The 2016 champion Portugal had taken 25.5. Clubs also earn, by way of “profit sharing” of the tournament, based on the period in which their players will be engaged. About 200 million to be divided among the 624 called up.