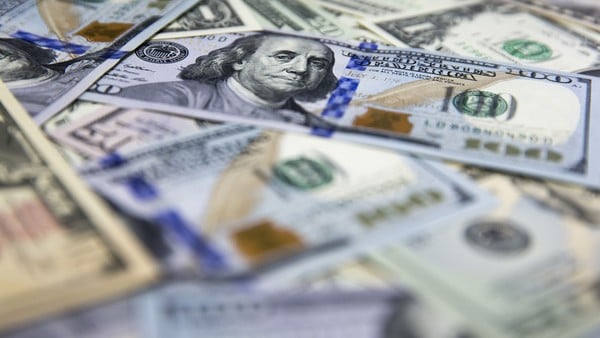 Markets close the week low the pressure of the new controls imposed by the National Securities Commission (CNV) and that in practice act as a reinforcement of the stocks. Limits on the amounts of transactions with financial dollars and inspections in the city of Buenos Aires set the pace of operations, with the blue dollar stable and the rest of the prices on the rise.

Days ago, the CNV resolved limit weekly transactions That can be done through cash with liqui, the operation to withdraw dollars from the country. General resolution 878/2021 limited the net selling positions that brokers and brokerage firms may pursue to 100,000 nominal weekly in the case of client accounts not included in the concept of own portfolios.

This implies that these transactions are limited to a weekly amount equivalent to US $ 38,000 per investor. In the first days of its implementation, this measure took volume away from the market, although operators trust that as the days go by they will “find the way around” the issue. But also in the last days inspections intensified in the brokerage agencies to verify compliance with this rule.

Along these lines, the CNV ordered on Wednesday the preventive suspension of the ECO Values ​​agent, based on the detection of a set of operations carried out through its “Gordon ECO” application, which according to the organism obey an elusive and systematic behavior.

As of general resolution 878/2021, the parking, that is, the minimum term of holding the securities to operate in the MEP dollar market. This operation is what allows foreign currency to be obtained through the Buenos Aires stock exchange, buying a security in pesos and then selling it in dollars.

Following the strengthening of the exchange rate hold last September, the CNV established a 5 business day parking for this MEP dollar operation. This period was reduced until it reached the current 24 business hours.

In this framework, this Friday the blue dollar remained at $ 156, the same value at which it had closed yesterday. Thus, it has fallen by ten pesos so far in 2021, which places it at the lowest level since last December 22, when it was sold at $ 152.

The informal dollar is the only one that has moved lower so far this year. While the blue lost 0.6%, the official dollar rose 2.5% in the retail segment and 2.8% in the wholesale segment.

But the most pronounced rise continues to be in financial dollars. In January, the MEP dollar increased 4.7%, while the cash with liquid increased 6.9%.

Country risk, the JP Morgan indicator that measures the excess rate that Argentina should pay to borrow, falls 0.6%, at 1433 basis points.

In the stock market the note is given the rebound of YPF after the collapse of the previous two days. With the advance of Kirchnerism on the oil company, the shares sank 18% in two days, but this Friday the rebound started. Today the oil company rises 8% in the Buenos Aires stock market, while the Merval advances 0.6%.

Also in New York YPF is recomposed, with a 10% jump, which brings the stock to $ 3.60. Even so, the price of the oil company has fallen 21% so far in 2021. The rest of the Argentine ADRs, which yesterday had suffered the same bad luck as the oil company, today are also recovering and showing mixed results.

Toyota SW4: more power and technology for the luxury 4×4 made in the country