The blows to the pocket of families accumulate: electricity, gasoline and food continue to escalate 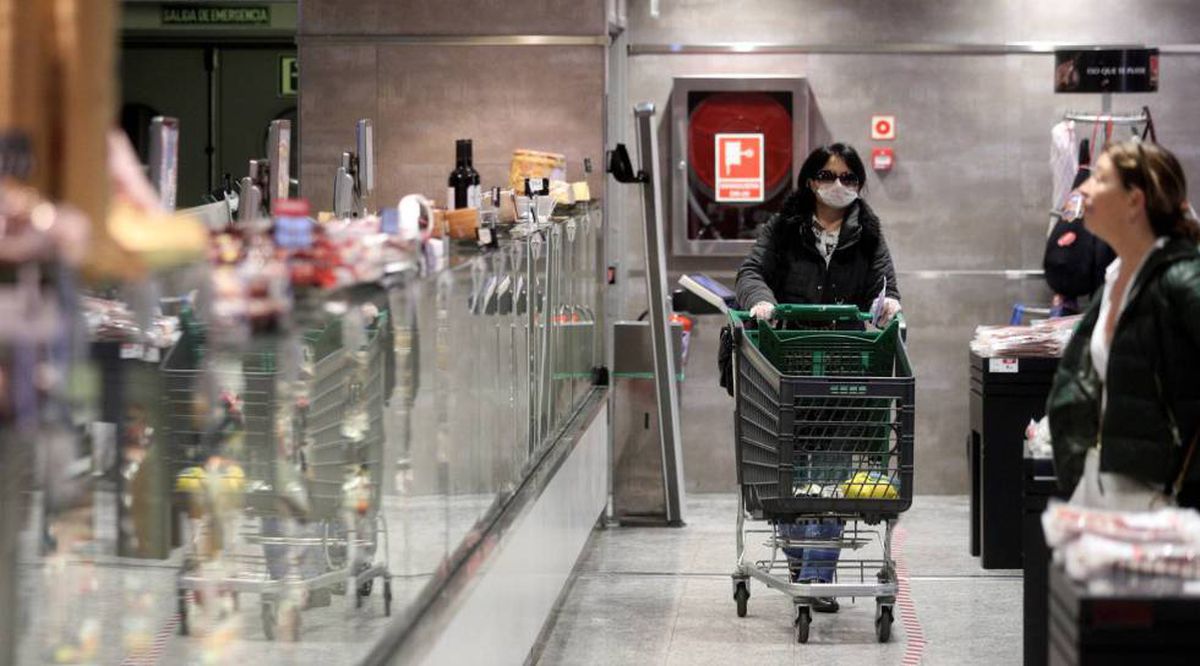 This summer is being particularly hot. And not because of the temperatures, that too. Prices rise steadily and wages do not rise to the same extent. It is not just the light, which this Thursday will hit a record high again when paying 122.76 euros per megawatt-hour (MWh), another record of the many that has been reached this month. To this must be added gasoline and some foods that have also embarked on an upward race that is already seriously hitting families’ pockets.

The consumer price index (CPI) rose 2.9% in July compared to the same month of the previous year, the largest increase since February 2017. Behind this rebound there is a cocktail of factors that only partly has to do with an atypical historical moment, marked by the pandemic. Added to the rise in electricity prices in the wholesale market and the skyrocketing price of oil and gas compared to 2020 are other elements such as short circuits in supply chains. All this has unleashed a domino effect that puts pressure on prices and is an increasingly heavy burden on household finances.

The electricity bill is being one of the Government’s headaches. It has been trying for months to stop the upward spiral in which the electrical system is immersed, but it seems that there is little it can do in the short term. Experts warn that prices will remain high for a long time. The reasons: gas is through the roof – more than 40 euros MWh – and the cost of CO₂ emission rights is on the rise – it exceeds 50 euros per ton. “Gas will not drop until February or March next year, according to forecasts. And where there is no doubt is with the CO₂, which will have a safe upward path ”, explains Francisco Valverde, consultant and analyst of the electricity market.

The Executive has launched various measures that so far have not managed to alleviate the rise in the price paid by consumers on their bill. Only the VAT reduction has had an immediate effect, but the constant increases in the price of energy have already eaten up almost all the savings. In addition, this increase in the wholesale market has not ended and August is betting heavily on exceeding the maximum in July, which was crowned the most expensive month in history. For the 10.6 million clients that are in the regulated market (known as PVPC), the peak hour segment has risen more than 10% since June, the flat by 17.5% and the valley by almost 23%. Putting the washing machine on the hour with the most expensive electricity this August, according to the PVPC curve, has cost in terms of energy almost three times more than in the most expensive hour of the same month last year, without considering the expense in water.

Enrique García, spokesman for the Organization of Consumers and Users (OCU), explains that the rise in the CPI in July, “the most important in recent years”, is mainly due to this increase in energy prices. “We have calculated that it will mean an annual extra cost of 505 euros for families, distributed as follows: 311 euros for gasoline, 250 euros for diesel, 55 euros for gas and 139 euros for electricity, the VAT reduction has already been applied. . If we weren’t talking about 187 euros ”, he breaks down. “But there is a double bill, because these increases in turn are transferred to other products due to an increase in production and transport costs, and the first is food.”

The nuance of the statistical effect

All these comparisons have a but. If they are made with respect to 2020, it is necessary to clarify that the reference is an atypical year in which for months there were home confinements in almost the entire world. This pulled prices down. And hence some increases now are also explained by a mere statistical effect. A good example of this is the hospitality industry (hotels, hostels, pensions and similar accommodation services), which was closed for months in the hardest phase of the pandemic, which has grown by 31.4% until July according to the INE. Or the sale of textiles, which in his case has dropped by around 17% to give way to the stock accumulated.

García explains that food will be more affected, such as meat, which usually has a very stable cost in terms of inflation, due to the fact that it is a very energy-intensive sector. In others, such as fruit or fish, factors such as catch or weather also influence. “In the coming months there may be price increases in some basic products, but these will also depend on the level of competition in the market. In products where it is scarce, they will rise more; If there is a lot, a company may choose to sacrifice its margin at the expense of winning customers. Without considering that September, with the return to school, is always the hardest month for families ”.

Massimo Cermelli, professor of Economics at Deusto Business School, predicts that inflation will not ease until at least 2022 or 2023. “It grows because different products become more expensive, especially raw materials.” The Brent barrel, the benchmark in Europe, now exceeds $ 72, after hitting the minimum of $ 20 in 2020 with the halt in activity imposed by the pandemic. In the second half of the year, it began to rebound due to the relaxation of restrictions and the increase in world demand, especially from China, the cuts in supply and the expectations generated by the approval of vaccines.

“At this time, oil prices are moderating, especially due to the uncertainty generated by the delta variant of the covid. But at least until 2022 they will remain around $ 60 or $ 70. And this increase falls on families due to the famous feather effect ”, explains the teacher. That is: the increases in the price of crude oil arrive like a rocket at the gas stations, but the decreases take much longer, like the fall of a feather. This July, filling a 50-liter tank of a gasoline car cost 10 euros more than January. And if it is diesel, almost nine euros more. One more slab for many families.

Cermelli also highlights another key element that will impact the cost of living of households: supply problems. “Chip shortages and rising raw materials block supply chains, and the situation will continue until 2022 or 2023. This will slow down the production of certain products and cause a chain reaction: if an automobile company does not work, that impacts on their workers ”, he details. “More factors have come together causing rising inflation. This will be the most expensive summer in the last 20 years ”.

Rubén Sánchez, spokesman for the Facua consumer association, explains that in times like the current one with price increases, it is when consumers are more likely to make an analysis of their usual expenses. “Assess changes in brands or establishments, contracted services such as the electricity and gas company, telecommunications, insurance …”, he says. “In addition, September is a month that lends itself to it, because it is a kind of beginning of the year for families, which is what is recommended at these junctures.”

Fannie Mae to include rent payments in underwriting