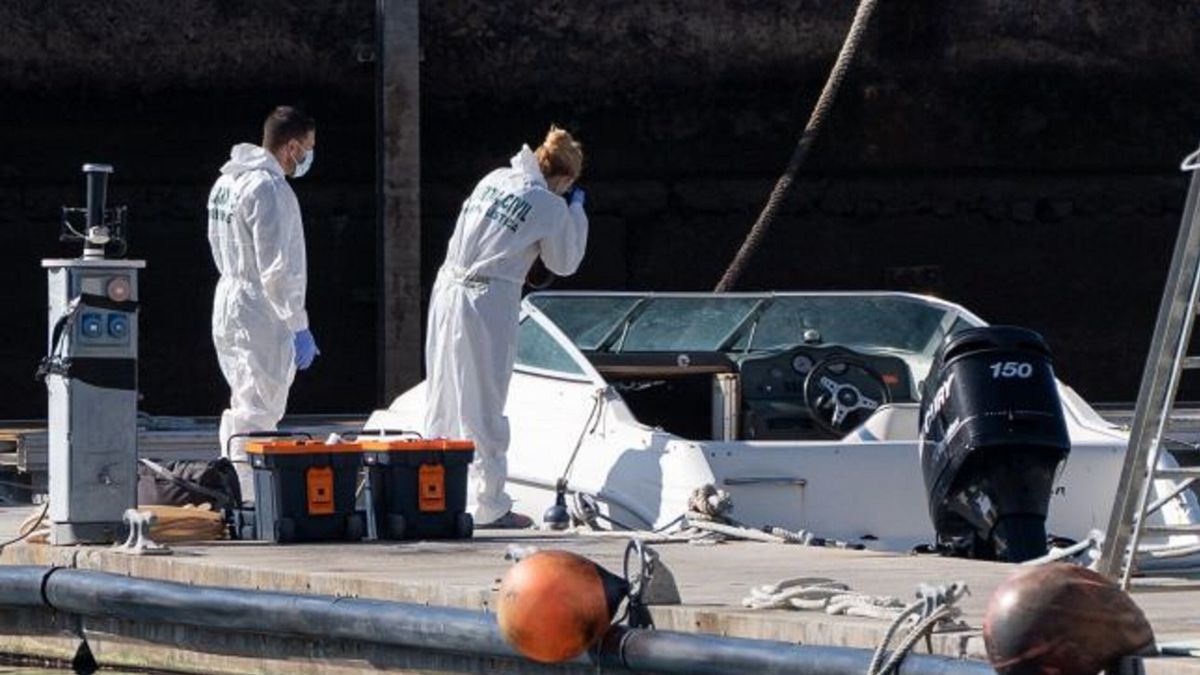 The blood found a few days ago by the Civil Guard in the Esquilon, boat does not belong to Anna or Olivia, the two girls disappeared in Tenerife. After comparing the samples with those that are conserved of the two minors, one and six years, the forensics of the Criminalistics Laboratory have concluded that the blood corresponds to his father, Tomás Gimeno, as sources close to the case have revealed to Ser string.

The find raises hope that both are alive and this Tuesday he will continue his search by land, sea and air, focusing on the records of the house of Thomas and the last movements of your mobile. The bank movement of 55,000 euros detected in the 24 hours prior to the disappearance, although the money was not withdrawn and the police must confirm whether it bears any link to the disappearance. In addition, on Monday, the agents returned to the home of the parent Igueste de Candelaria, but the search for evidence was unsuccessful.

The main hypothesis used by the researchers is that Gimeno has kidnapped his daughters and, probably, with help from one or more people, according to sources consulted by EFE. In fact, the judge has charged him with a kidnapping crime and a international search order.

The cameras of the Marina Tenerife marina captured Tomás Gimeno enter and exit the pier three times last Tuesday night to leave two duffel bags, backpacks and suitcases on the boat. Around 00:30, he set sail for the sea. However, the girls do not appear in the images. Around 5:00 p.m. the next day, the yacht was located, abandoned and adrift, 4 miles from the port of Güímar, in an area where depth can reach 400 meters. But there was no sign of Tomas or the belongings he had brought onto the ship the night before.

The hypothesis that has gained the most force is that they could have changed ships on the high seas and have left Tenerife, since it has been discovered that the father of the little took 70,000 euros from the bank before disappearing, as reported by Europa Press.

Tomás Gimeno said goodbye to everyone

On April 28, Tomás Gimeno, 37 years old and a native of Tenerife, He went to his parents’ house with the two minors and said goodbye to them in a strange way, as if I would never see them again. About 9:00 p.m. that day, Beatriz, the girls’ mother, went to pick them up, but they were not. He then called Gimeno, who said he would return them after dinner. An hour later, everything changed. After a first discussion, the man told Beatriz that “He is going to take good care of the girls and that he would not know more about them”. They talked again about one in the morning, and Tomás told him again that he was not going to see them again. After that, none of the three was heard from anymore and the police found out that Tomás was also he had said goodbye to all his friends.