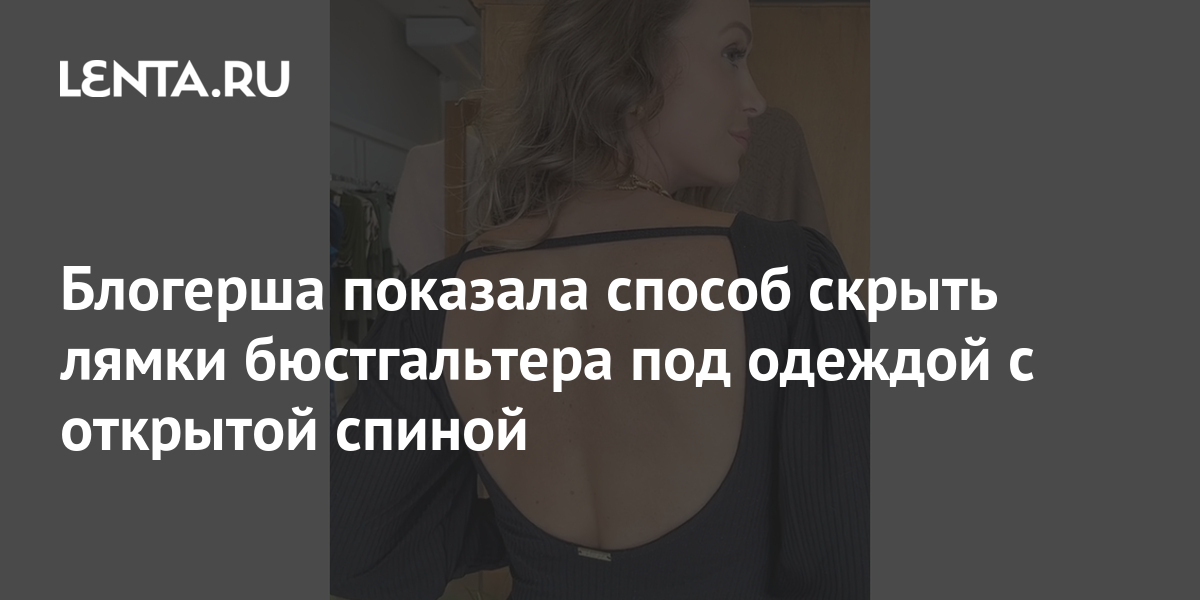 A blogger and entrepreneur from Brazil showed a way to hide underwear under clothes with an open back and became famous on the net. On the video posted on her page in TikTok, noticed in Metro.

Network user @michelimartinenghi posted a video showing her hiding her bra under her plunging back. In the footage posted, the woman detached the ends of the straps on the back of the underwear and fastened them together under the cups, after which she lowered the bra belt, thereby hiding it under the bodysuit fabric.

According to the businesswoman, in this way the bra is not visible under the clothes, while it does not fall down, despite the absence of shoulder straps. Her post went viral and garnered nearly two million views. The audience thanked her for the suggested life hack: “You are the savior”, “I will save the video, so as not to forget this method for sure”, “Wow, thanks!”.

Earlier in March, experts revealed Kate Middleton’s ways of hiding her underwear under her clothes. According to royal etiquette specialist Myka Meier, the Duchess of Cambridge prefers to wear seamless beige strapless shapewear.