The Blog: The risk of the “collapse” of the Balearics 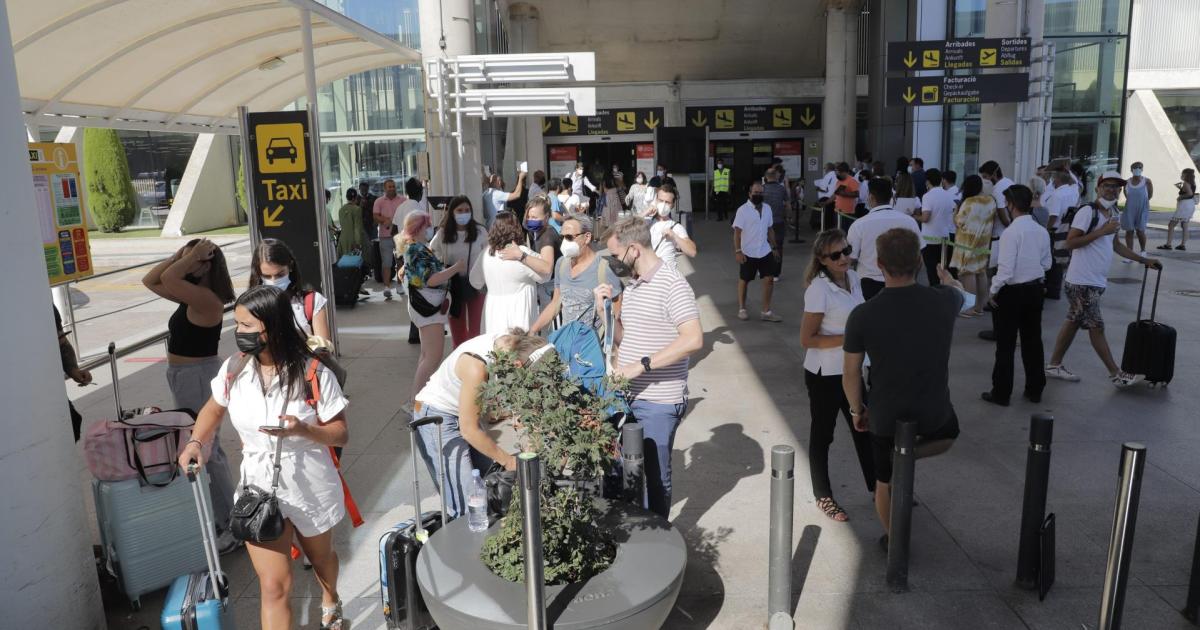 There’s a horrible word that Spain’s politicians and “expert” thinkers are prone to using. The word is “cross”, which translates into English as … transversal. A term from geometry, it refers to a line that crosses two other lines. There is an extension, which is “transversality” – transversality, an even uglier word.

Both transversal and transversality, I’m led to believe, often crop up in papers prepared by the European Commission. These are European jargon words littering policy documents, and as Europe uses them, so they have filtered down to be common jargon for Spanish policymakers and therefore politicians in Mallorca.

The Council of Mallorca is particularly fond of the transversal, it having created its own little world of jargon. When transversal is faithfully reported, the reader or listener is no doubt expected to be impressed, even if he or she hasn’t a clue what it means.

The crossing of lines is the clue, as what they’re getting at is policy that cuts across different areas of responsibility and so therefore different departments or ministries.

Working together with a common purpose, you might say, but then you will know that institutions can struggle to do this. They have their departments and their domains that act as natural barriers for what is supposed to be about an integrated approach for addressing a problem.

Demographic challenge is a spot of jargon as well. The challenge is about people – where they live, how they live, what they need to live. It is a challenge that comes in many forms, and this is why “Transversality” is so important. People are affected by everything, and the Spanish government has identified 130 measures that are intended to solve problems of a “structural nature” confronting people.

When the government was rejigged in 2018, the demographic challenge was combined with ecological transition to make one ministry. Energy, the environment and climate change were placed alongside the population, thus forming a sort of transversality of their own.

But the population is affected by far more besides – health, education, employment, social services, housing, transport. And of course tourism, as tourism affects the lives of so many. People are about transversality of policy.

The secretary general for the democratic challenge, Francesc Boya, has spoken about these 130 measures. They are contained in the National Strategy for the Demographic Challenge. These cover all manner of aspects related to the ecological transition, such as sustainable energy and forests and waste management, but also to, for instance, tourism, equal opportunities and public services.

It is a massive challenge as it covers so much, and Boya is of the view that if it is not addressed in Mallorca and the Balearics, there will be the risk of “territorial collapse” within thirty years. This is because of a fundamental problem with resources, be these housing or water (to name just two).

For Boya, the democratic challenge demands transversality that cuts across policy areas and at the same integrates them in seeking solutions to two opposing situations – underpopulation and overpopulation.

The Balearics fall into the latter category, the human pressure on the islands having grown year on year for decades, the consequence of the highest percentage rise in resident populations in Spain and of the seemingly inexorable increase in tourism. The floating population doesn’t quite result in a doubling of the population at peak times in the summer, but it isn’t far off – from 1.2 million to over two million.

This pressure of overpopulation has been understood for years, but when one says “understood”, I have always felt that there is an element of intuition. It may be impossible to model an optimum population level for the islands (as I’m unaware of research that has done so), but the debate about population would certainly benefit if there were a kind of ballpark figure.

I don’t doubt for one moment that the islands’ resources can be stretched and will be increasingly stretched. Policymakers don’t doubt this either, but for their policies (transversal ones) to make sense, there needs to be an appreciation of where the tipping-point exists (if this hasn’t already been reached); a tipping-point not only in terms of, for example, the provision of water but also the impact on what is inherently fragile territory by the very fact of being islands in a Mediterranean that is said to be especially exposed to the threats posed by climate change.

The specific debate about the islands’ productive and economic model is key to the wider one concerning population. It has to be because of floating population pressures. So if all the jargon is going to mean anything, transversality for the Balearics has to draw conclusions and to result in the making of tough decisions – and tourism is one of these decision-making areas.

Buoy is convinced of the risks. Territorial collapse within thirty years. Something has to give.