The Blog: The courts are testing positive for Covid 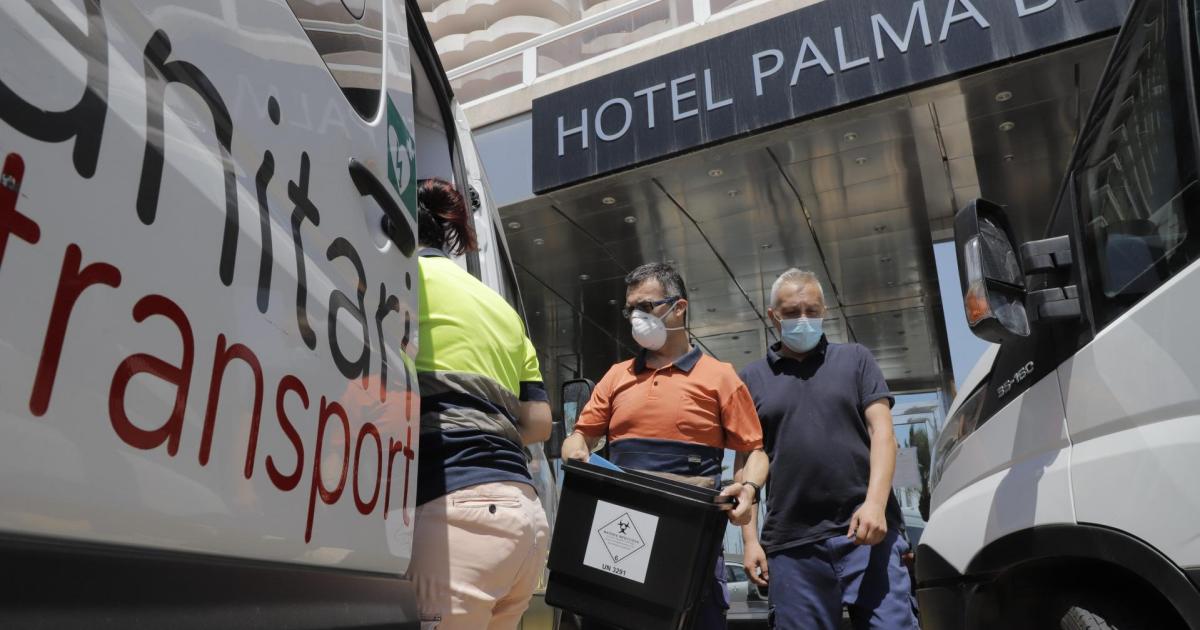 You will recall that a few short weeks ago, the Supreme Court in Madrid ruled that the Balearic government’s continuing curfew and limits on social gatherings were in effect illegal. Where the curfew was concerned, the judgment was by the by. It was to be lifted anyway.

The impact of the Supreme Court’s decision was to lift the curfew a couple of days earlier than it would have been. The limits on social gatherings … well, these were a different matter.

The government, desperate for the tourism summer to be ensured, could have done with these limits lasting a bit longer. But as things have turned out, this would have made very little difference. Curfew gone, no-limits social gathering; the incidence was bound to rise at some point.

It was the Balearic Prosecutor’s Office which had taken the matter to the Supreme Court. On Tuesday, the same office made clear that it questioned the legality of isolating Spanish students in the government’s ‘Covid hotel’. The next day, a judge ruled that the government had not proven that 181 of the students were close contacts of positive cases. They had to be allowed to leave, and with immediate effect.

Twice, therefore, the government has been taken to court in a high-profile manner over Covid-related measures or decisions. And twice it had lost. The Prosecutor’s Office, which made a point of defending fundamental rights in challenging the curfew, has disagreed with the government twice over.

One might at least see this as proof of independence, because very little else that is positive can be taken from what has descended into farce and fiasco.

Unprecedented. This has of course been one of the words of the pandemic, but it applies also to events of the past few days. They have been a horror show without precedent, one to be watched on by a world bewildered by what the hell has been going on in Mallorca.

There has been an awful sense of implosion combined with the bizarre – another court decision that ruled against the filing of a writ of habeas corpus on behalf of some students (turned down); a Covid denier who accompanied a couple of students fleeing the hotel; a number of students whose whereabouts were unknown.

“Without precedent”. This was apparently how the national government delegation described the behavior of students at the Palma Bellver Covid hotel. Where has the delegation been for the past God knows how many years? Agreed, you are likely to get rebellion from young people banged up in a hotel who thought they had come to Mallorca for a holiday, but is the delegation unaware of behavior in the past that owes nothing to Covid? It would appear so.

The delegation’s observation coincided with another meeting of relevant authorities prior to the arrival of 300 Guardia Civil and National Police officers on the island for ‘Operation Summer’. The security forces‘cavalry will be deployed in battling against tourism of excesses, and yet all the while this has been going on without any contribution from British or German holidaymakers.

Over the past few days I have felt concerned, horrified and angered. The feeling that everything is imploding stems from what has been a chapter of contributory disasters, and these start with a failure by various authorities – regional governments – to have stepped in and prevented the student trips going ahead. Everything that has happened, and this includes the eventual intervention of the courts, is as the result of trips that could only have ended up one way. The chain of error and irresponsibility goes back to the source, compounded by failures at every link. When passivity by the authorities finally became assertiveness and manifested itself in the form of isolation of students, it was discovered – by the courts – that this in itself was an error.

The feeling of implosion also arises because of powerlessness. This is all inflicted on Mallorca without anyone acting to stop it. Oh yes, they talk the tourism of excesses game, but we all know that this has other targets. But do we now face possible repeats of the fiasco? Groups of tourists placed in Covid hotel isolation but then challenging this on the basis that close contacts have not been proven? Precedented. The courts have spoken.

We have to have our freedoms back, though. We do indeed, and quite rightly so. But there are freedoms and there are free-for-alls, when the remaining measures are subject to total disregard. The government’s isolation of the majority of the students was – the courts say – for a reason that was not proven. Otherwise, much has been proven. Relaxation of measures doesn’t mean some form of post-Covid touristic utopia (or whatever other clap-trap is spoken). It is a reversion to pre-Covid with all the faults this implies, but with one very important difference. The virus. It ain’t going away. It is in fact moving. To the courts.