The Blog: How hot do you want it? 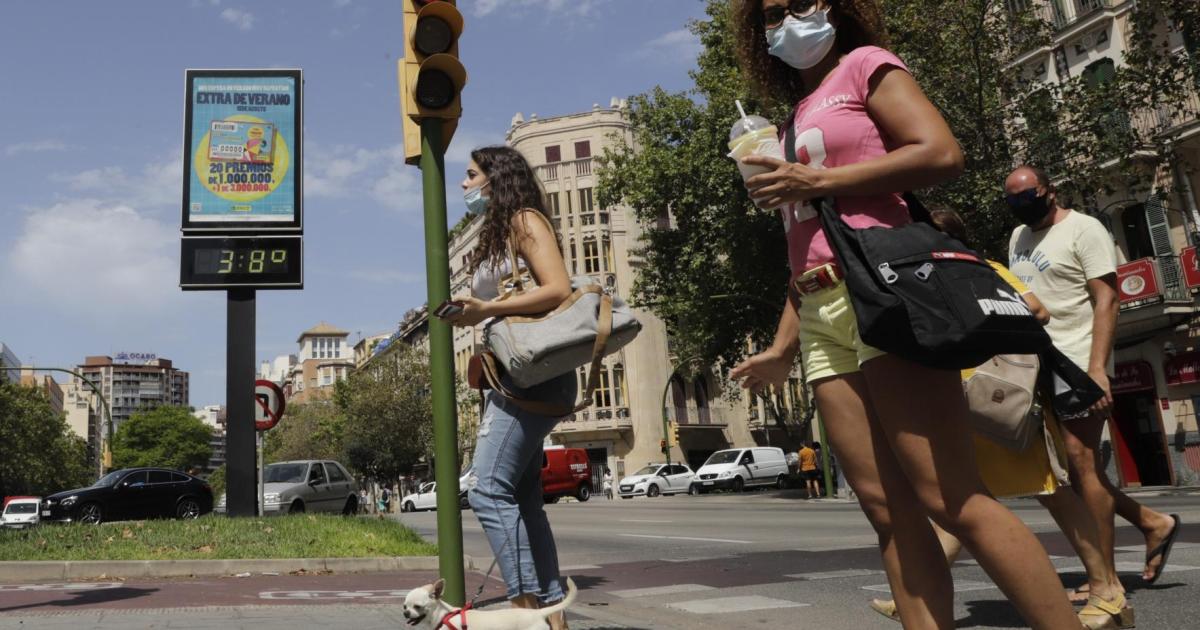 Although the Aemet met agency doesn’t give specific information as to conditions for its weather alerts to kick in, its forecasts for high temperatures indicate that yellow is from 34C, orange from 39C and red from 42C.

This, at any rate, was what one could glean from the forecasts as of Tuesday afternoon. The red applied to parts of Aragon and Catalonia on Thursday, with Mallorca a mere yellow, but I am aware that these alerts may have now changed, while the rest of the week – based on forecasts from individual weather stations on the island as of Tuesday – could well mean red. Muro, for instance, was 42C by Sunday.

Muro holds Mallorca’s all-time high temperature – 44.2C on July 4, 1994. It was that hot on that day that even Lluc in the mountains was sweltering with 42.6C. Red it most certainly was, and the record for Spain was set at around the same time – 47.2C in Murcia, since topped by 47.3C in Cordoba. There are records which suggest an all-time high of 50C, but these records for the years 1876 and 1881 are discounted as being unreliable.

For those of us who still appreciate Daniel Fahrenheit’s scale, the Mallorca high has been 111.6, Spain’s high 117.1. Fahrenheit, for those of us who grew up with it, retains a sense of the dramatic that is lacking in Celsius or the archaic centigrade (the BBC started referring to Celsius in 1985); 100F is more striking than 37.8C.

But whichever scale one uses – both of them originally developed in the eighteenth century (Anders Celsius was Fahrenheit’s rival) – when 100 or 37.8 is reached, you know that it is pretty damn hot. Start adding to either and orange or red can light up.

In Greece, recent temperatures have reached 44C. The country’s wildfires have added to those of Sicily and Turkey. The prime minister, Kyriakos Mitsotakis, said at the start of the month that “we’re dealing with the worst heat wave since 1987”.

Note the use of “worst”, as when fires rage and a country’s power supply comes under severe pressure, the peculiar cheering that can accompany reports of high temperatures is misguided; heartless even. There are those, especially holidaymakers, who think “great, look at how hot it is”. This may be understandable, but these high temperatures cause damage and loss of life. Mitsotakis wasn’t cheering, that’s for sure. Nor would anyone if the electricity system were to collapse.

It having been 27 years since the Muro record and 34 years since the previous worst heat wave in Greece, I guess there will be those who use this as evidence that climate change can’t be all that bad or doesn’t exist.

There surely can’t be any deniers left though, can there? The report from the UN’s Intergovernmental Panel on Climate Change – “code red for humanity” – should leave no one in any doubt as to the seriousness or to the fact that human intervention has been the cause of rising temperatures. Should do, but there will always be some.

Globally, the 2011-2020 decade was the warmest on record. So it was in Mallorca. Pick out reports and you’ll find that spring 2020 was the warmest ever in Mallorca and that no autumn between 2011 and 2020 in Spain had a temperature lower than the average for the period 1981 to 2010. And that’s spring and autumn, not summer.

Mallorca isn’t as extreme as Andalusia and Murcia can be. Not yet anyway. It’s hot and it’s getting hotter. The Mediterranean, so it has been argued, will warm up more than any other part of the globe because of climate change. One report, of the very many of course, has suggested an increase of six degrees over much of Spain by 2050.

If, and if I stress if, this were to be the case in Mallorca as well, then the risk of “territorial collapse” in the Balearics that I mentioned in Wednesday’s article is given an added dimension. There will be a magnifying of the strains on resources because of overpopulation.

Meanwhile, there has already been evidence of climate change in the winter. Storm Gloria in January 2020 was destructive, but it wasn’t an isolated storm. The east coast of Mallorca in particular has been experiencing fierce storms with far greater regularity. In Portocolom, Storm Gloria produced waves of up to eleven meters. Whole neighborhoods had to be evacuated along the east coast.

In Cala Millor, it is said that storms would hit every ten years or so. These would remove sand, but the beach would regenerate naturally. Before Storm Gloria, however, there had been damaging storms each year from 2016 – in 2018 and 2019 there were two. It has therefore become increasingly difficult to regenerate the beach; this is just an example of how tourism can be affected by the changing climate.

Titanfall 2 servers in danger after a major cyberattack | Atomix