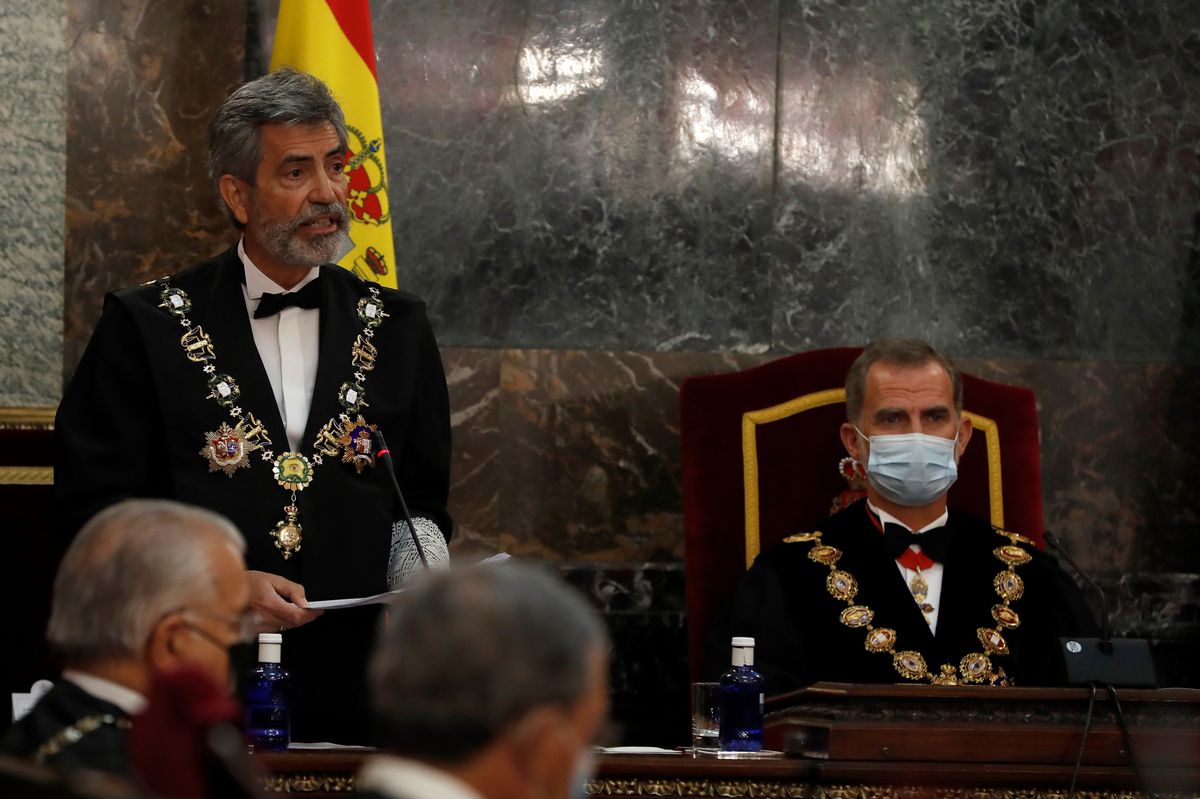 The blockade in the renewal of the General Council of the Judiciary – imposed by the PP for two and a half years – and the legal reform with which the Executive of PSOE and United We Can have tried to break it – limiting the functions of this body so that unable to make new appointments — threaten the proper functioning of the administration of justice. The governing body of judges will close this year with at least 46 vacancies to fill, including nine magistrate positions in the Supreme Court (due to retirement or death) and six presidencies of Superior Courts of Justice.

The positions of discretionary appointment – and, therefore, now paralyzed – range from presidencies in the autonomous courts of justice to the seats of the Supreme Court. In the intermediate route are the presidencies of the Provincial Courts and those of the Chamber of the superior courts of the autonomous communities. In total, there are now 46 positions that are pending appointment or will be throughout this year. This raises a particularly serious problem for the functioning of the affected judicial bodies, and thus for the system as a whole.

The situation is particularly worrying in the case of the Supreme Court, where for each vacant position the new incumbent cannot be appointed. This is prevented by the legal reform, approved by the Government with the explicit purpose that a General Council of the Judiciary (CGPJ) in office, with a conservative absolute majority that does not respond to the current configuration of Parliament, cannot make appointments. In other instances, the provisional replacement is foreseen and the position can be exercised by mere extension of the mandate or by means of the provisional access of another magistrate to the position. But in the Supreme Court, where in addition the negotiation process on the suitability of the candidates is especially intense and rigorous, each vacancy due to retirement or death remains that way until the new appointment.

Complications have already occurred in various cases in the two and a half years that the CGPJ has been in office. The Superior Court of Justice of the Canary Islands was a year and a half without a head, with the presidency covered temporarily, and something similar happened in the Basque Country. Although in these cases the appointments could be made this year because there was no legal impediment. With the entry into force of the government reform, the problem will worsen, because it will spread to many other instances. Unless there is a renewal of the Council after the next 4-M elections in Madrid, a hypothesis that is now being handled.

While the agreement does not arrive, in the aforementioned list of the 46 positions that are or will be within this year pending provision, there are nine places in the Supreme Court, of which five correspond to Litigation, two to Social, one to Civil and another to the Military Room.

The Criminal Chamber, in full

The Criminal Chamber is, for now, the only one of the Supreme Court that has the entire staff. At the end of the trial of the you processIn 2019, the president of this Chamber, Manuel Marchena, raised a voice of alarm, before the retirements already produced or planned. It was then said that if the vacancies were not filled, there would be no magistrates available in the event that he had to hold another trial on the same facts (for example, in the event that the expresident fugitive Carles Puigdemont).

As for the Superior Courts of Justice, the presidents of Andalusia, Catalonia, Castilla y León, Valencia, Castilla-La Mancha and Murcia may not be appointed. In all cases, the appointment —whether it involves re-election or is new— cannot be made while the current CGPJ continues in office, and will only be unblocked when the governing body of the judges is renewed. The same situation will affect the presidency of the Provincial Courts of Huesca, Álava, Ávila, Barcelona, ​​Gipuzkoa, Murcia, Logroño, Teruel, Cádiz, Seville, Girona, Burgos and Lugo. The rest are 18 places in the Autonomous Superior Courts.

Along with the problem of appointments, the General Council of the Judiciary faces numerous problems arising from the recent reform of the law for its ordinary management, a reform that has been questioned frontally by three of the four judicial associations, which have requested the intervention of the European Commission for considering the rule of law in Spain at “serious risk”. Without going that far, next Thursday the plenary session of the Council will analyze a technical report on what it can and cannot do in this period after the approval of the legal reform, because the members are not clear at all.

Some sources consulted in this institution attribute to the reform, already approved in the Congress of Deputies, a terrible legislative technique, because the law lists what the Council can do, but leaves in the air competences to which it does not allude. For example, that of resolving appeals or challenges to agreements of the permanent commission or of the Government Chambers of the Hearings or of the senior judges. A member of the Judiciary summarizes the situation as follows: “They have put a straitjacket on us, but we will try to move.” And another adds: “The parties make a double mistake: they cannot agree, and to fix it they punish the Council.”

The Prosecutor’s Office changes the leadership between protests

The State Attorney General’s Office, headed by the prosecutor and former Minister of Justice Dolores Delgado, has made numerous appointments in recent months that affect the leadership and that are not without controversy. A report from the Attorney General’s Office indicates that there have been 58 discretionary appointments, 27 of which have corresponded to non-associated prosecutors, for 16 who are members of the conservative Association of Prosecutors (AF) and 15 of the Progressive Union of Prosecutors (UPF ). This internal report maintains that, therefore, the accusations of “sectarianism” in the appointments “do not correspond to reality.”

The criticisms of the Association of Prosecutors focus on the appointments in the main category of the career, that of the Chamber Prosecutor, together with the assignment of the head of specialized Prosecutor’s Offices. The latest communications from said association have collected complaints related to the selection made, which has led to the appointment of five members of the Progressive Union of Prosecutors (UPF) for this type of key position during the mandate of the current attorney general, giving place to discussed changes of destination or supposed postponements.

Conservative prosecutors criticize, for example, that José Miguel de la Rosa, former head of the Technical Secretariat of the Prosecutor’s Office, has not been able to remain at the head of the Prosecutor’s Office of the Civil Chamber of the Supreme Court or access that of Minors, or that Consuelo Madrigal – who acted in the cause of the you process and he became attorney general with the PP in the Government – has not been promoted to a leadership, despite having already all of them the category of court prosecutors.

Faced with these criticisms, the Attorney General’s Office responds with data on the appointments debated in the Fiscal Council. Thus, of the 58 appointments made, 54 were made after the designated candidate obtained a majority, and in 25 cases unanimously. It also highlights that there have been no appointments of those who obtained a minority support in the Council.

Can mothers with corona continue breastfeeding ?!