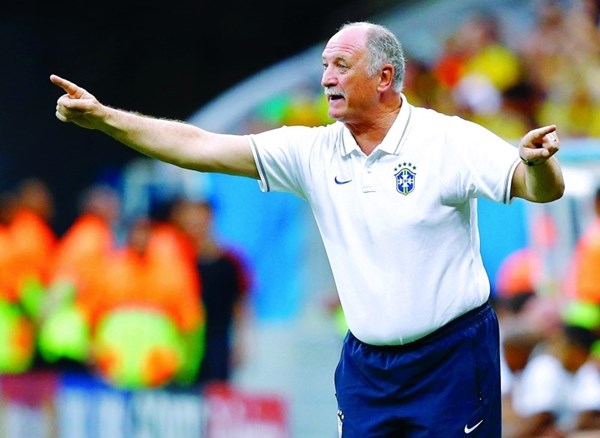 Rio de Janeiro (AFP)
Brazilian football club Gremio announced on social media that Luiz Felipe Scolari has returned to the helm of its technical management for the fourth time in its history.
The announcement came shortly after Gremio lost 0-2 at home to Palmeiras, in the tenth stage of the league, where the team occupies last place with two points.
Former coach Thiago Nunech paid the price of the current black series, by dismissing him from his post on Sunday, after the 1-0 defeat at home to Atletico Goianense.
Gremio resorted to the services of Scolari, who led Brazil to his fifth and final World Cup title in 2002 in Japan and Korea, and who has not been associated with any club since last January, after a short period that extended for three months with Cruzeiro of the second division.
Scolari, nicknamed “Filipao”, had previously led Gremio in 1987, and with him he was crowned with the Rio Grande do Sul State Championship. He returned in 1993, and was crowned with the Brazilian Cup in 1994, then the Copa Libertadores in 1995 and the Brazilian Championship in 1996.
His last term at the helm of Gremio was between 2014 and 2015, and his last title dates back to 2018, when he led Palmeiras to the league title.
Palmeiras, led by Scolari, won the Libertadores Cup in 1999, the Brazilian Cup in 1998 and 2012, and the Mercosur Cup (now Sudamericana) in 1998.
Scolari had supervised the training of the Brazilian national team between 2001 and 2002, during which he led him to the fifth world title in South Korea and Japan, and then in the 2014 World Cup when the Seleção came out with a historic loss at home against Germany in the semi-final 7-1 before ending the global wedding with a humiliating loss Against the Netherlands 0-3 in the match for third place.
Scolari also coached the Portuguese national team from 2002 to 2008, and led it to the final of the European Cup on home soil when it lost to Greece 0-1.
Scolari supervised the training of the Chinese team Guangzhou between 2015 and 2017, and was crowned with him in the local league in 2015, 2016 and 2017, and the Asian Champions League in 2015.