The birth chart of Lionel Messi, the captain of Argentina champion 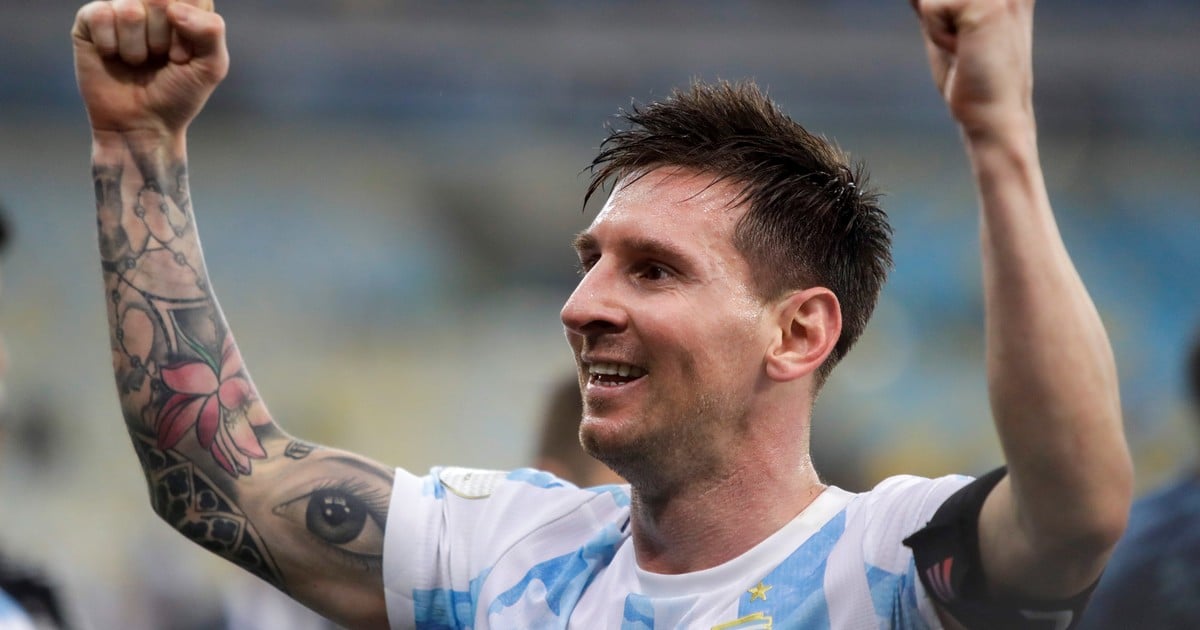 The footballer Lionel Messi, brand new winner of the Copa América 2021 with the Argentine National Team, is of the sign of Cancer, because he was born on June 24, 1987. Being from Cancer symbolizes a personality affectionate and familiar; But we are much more than the sun sign we all know: each natal chart shows a rich and complex combination of planets and signs.

The natal chart is a map of the sky from the moment of birth, it is the seed of who we are and what we can become. The richness of a birth chart shows many edges and complexities, but there are two fundamental actors, which are the sign of the Moon and the sign of the Sun.

The Moon and the Sun in Lionel Messi’s birth chart

Lionel Messi and his Moon in Gemini

The moon sign symbolizes our parenting and emotions. The Moon in Gemini suggests the importance of our brothers and our peers in the first years of life; From a very young age it was important to include that other in order to feel safe in life.

The Moon in Gemini also shows the dual tone in which he spent his childhood, the early need to move to another country that led him to have to leave his native Rosario, move and adapt to changes from a very young age.

His premature transfer to BarcelonaIn Spain, he naturalized a life belonging to two worlds: his place of professional development, and his place of birth, his family and his affections.

Membership and inheritance, in duality with the country that gave it the opportunity to become the idol that today is. His Moon in Gemini continually pulls him between the need to be loved in Argentina and the appreciation he has always had at Barcelona.

Lionel Messi and his Sun in Cancer

The sun sign symbolizes personality and way of expressing yourself. The Sun is the active and radiating side, or “the conductor” of our psyche.

His Sun in Cancer gives him that appearance, perhaps, distant, shy and of few words, which may be due to fear of being hurt, typical of Cancerians -due to their extreme sensitivity-.

Lionel Messi of Argentina hugs Neymar of Brazil, in the final of the Copa América between Argentina and Brazil at the Maracana stadium in Rio de Janeiro (Brazil). EFE / Andre Coelho

His being Cancer is loving and affectionate and he moved us to tears in his sustained embrace with Neymar Jr. on the night of the great Argentine achievement at the Maracana.

Committed and stable, he has been married since 2017 to Antonella Roccuzzo, whom he met at the age of nine in his native Rosario. It is she who he called from the same playing field to show her the medal with her three children.

His being cancer moves better as a family. Thus, Messi entrusts his professional affairs to his own family; And with them he has organized a large family business: his father, Jorge, has been his agent since he was 14 years old.

In addition, his older brother, Rodrigo, manages his daily schedule and his advertising; his mother and another of his brothers, Matías, work and manage the Leo Messi Foundation and take care of personal and professional matters in Rosario.

Often considered the best player in the world and one of the best of all time, he is a benchmark for Argentina around the world and is the only footballer in history to have won, among other distinctions, the Ballon d’Or six times. now, also, the long-awaited Copa América.

The Sun transits the sign of Cancer from June 22 to July 22. NELSON ALMEIDA / AFP.

How are Cancer people, the sensitive sign of the zodiac

The Sun transits the sign of Cancer from June 22 to July 22. Cancer is a water sign and cardinal modality. It represents the first affectionate contact, the first person who loved us, our mother. Cancer initiates water and zodiacal sensitivity and will be a sign that prioritizes affections.

It coincides with the time of the solstice – or “still sun” – from June 21 to 24. The Sun appears to be still and every June 24 the star resumes its approach towards the southern hemisphere. On this June solstice, the sun’s rays fall vertically on the Tropic of Cancer and resume their journey towards the South – until they fall vertically on the Equator on September 21-.

I kept reading more about the Cancer personality, talents, its most frequent difficulties and its relationship with the body.

Also, the main characteristics of Cancer children and advice for mothers and fathers.

Also, other celebrities of the Cancer sign, such as Lady Di, Juan Román Riquelme and Mercedes Sosa, among others.

And what are the professions and jobs associated with each zodiac sign.

By the astrologer, tarot and astrology teacher Beatriz Leveratto. On Instagram, @bealeveratto.