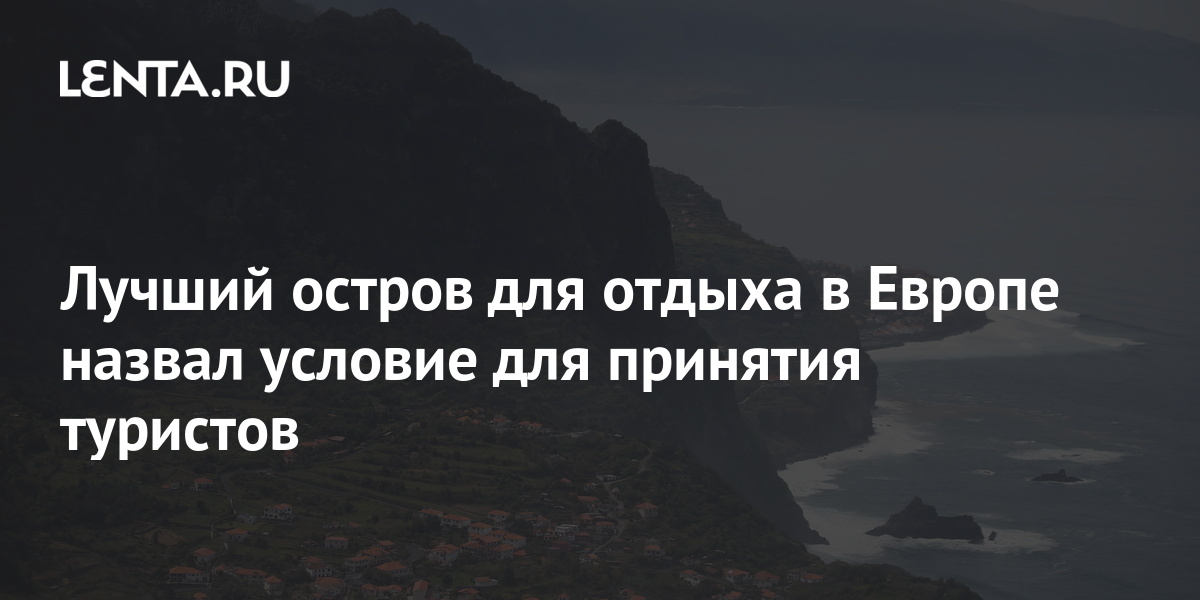 The island of Madeira, voted the best beach destination in Europe, has named a condition for accepting foreign tourists. It is reported by TASS…

According to the head of the Ministry of Health of the autonomous region, Pedro Ramos, tourists who have been vaccinated against coronavirus with any existing drug, including those not yet approved by the European Medicines Agency, will be able to fly to the resort.

It is noted that the document adopted by the authorities indicates such vaccines as Covaxin from the Indian company Bharat Biotech, Chinese drugs from Sinopharm and Sinovac, Cuban Soberana 02 and the Russian vaccine Epivakkorona.

“If millions of people are vaccinated with these drugs, then their degree of protection is similar to that of others. [одобренным в ЕС]”, – emphasized the minister.

However, Romeo added that all travelers are required to undergo PCR testing immediately after arriving in Madeira and after five to seven days on the island.

Earlier in April, Madeira’s authorities announced the opening of the island to all tourists, including Russians. To enter the country, you will need a negative PCR test, done no earlier than 72 hours before the trip. In addition, before arrival, all travelers are required to fill out a special form on the electronic platform 12-48 hours before boarding the plane.

In 2020, the archipelago was named the best European island for a holiday amid the coronavirus pandemic for the eighth time – an international jury awarded it the World Travel Awards.