The best Deck flourishes, but the Kings hold on to the fight 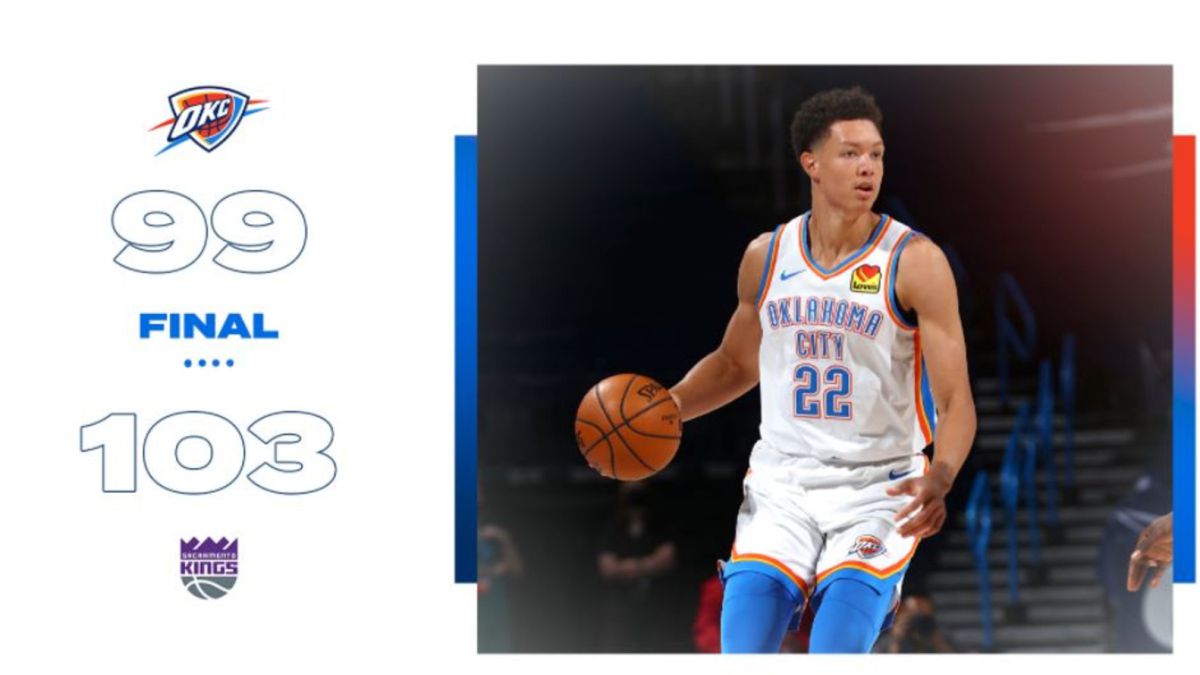 Gabriel Deck adds up and goes on. The former Real Madrid player has only improved since he arrived in the NBA, to play, this season, 10 games that will earn him 3.9 million dollars. That salary floor, very beneficial in your case, allowed him to accept a dizzying offer that gave him much greater benefits than he had in the white team, which he left after qualifying for the Euroleague playoffs. Deck was going to the best league in the world to earn money and try his luck, he made his debut after a tremendous sainete in which there were delays in visas and mandatory quarantines, and he took away his anxiety by making a hole in the rotation and thus having minutes to face to the Tokyo Olympics, which except for surprise (or misfortune, we hope not) will play with Argentina. In his debut against the Pelicans, he added 2 points, 2 rebounds and 2 assists.. He improved against the Pacers, with 8 points and 10 rejections, increasing his minutes from 14 to 24, but suffering a historic beating, in which OKC received 154 points and fell from 57. Against the Suns he exceeded ten in scoring for the first time, and reached 11 points, 6 rebounds and 3 assists. And now, against the Kings, he has set his best performance in the NBA: 16 + 3 + 3.

What Deck hasn’t known yet in the NBA is victory. And he could very well be without her this season, with the Thunder looking to the future and not risking anything against teams that do. OKC is in full reconstruction after the goodbye, these last years, of everyone and everything, including Russell Westbrook and a Chris Paul who arrived and fell in love last year to go to the Arizona desert with his spectacular contract. Among so many output, also that of coach Billy Donovan, Sam Presti, General Manager, has dedicated himself to reforming and tying the foundations of a future that can be promising in the medium-long term. Mark Daigneault came to the entity with 35 years and prepared to be a coach that grew with the project. And the draft rounds were piling up in excess in the coffers of the franchise, which has picks for the next century (one hyperbole of so many). The rings are not won (only) with this, but Presti must have a plan that can go well … or badly, of course. Let’s remember he was the maker of the previous project, one that also emerged from the draft, starting in Seattle and ending in Oklahoma; Kevin Durant, Russell Westbrook, James Harden … remember? Well, they didn’t win the ring.

In the game against the Kings, there was a team hurt in its pride and its history and that is reluctant, after one (another) disastrous season, to throw in the towel. It is 3.5 games away from the tenth place that gives access to play-in, that of the Spurs, and they have seven more commitments before the end of the regular season: one, against the Texans, and another two against the Grizzlies, who are ninth and get 4.5 victories. That is, the possibility exists, but it is still remote, that they play that kind of previous that the NBA has invented … but of course, then they would have to win it. To avoid, among other things, their absence from the playoffs for the 15th consecutive season, a negative historical record with which they would match the Clippers of tight-fisted Donald Sterling, who did the same from 1976 to 1991, in a streak that began in Buffalo, it passed through San Diego and ended in Los Angeles. The Kings have reached that level, who have not raised their heads since Rick Adelman left the franchise and never returned. Structural problems, on the bench with Luke Walton and sports, of course. Everything goes wrong for them. But they are still alive, of course. At least for now.

Against the Thunder, there were up to seven players above 10 points despite significant absences, such as De’Aaron Fox or Harrison Barnes. And the best of the game was Buddy Hield, who made up for his bad night shooting (5 of 16, all hits in the form of triples) with 18 points, 11 rebounds, 4 assists and a +11 with him on the court. Terence Davis, with 18 other goals, accompanied him on offense. And in OKC, in addition to Deck’s 16 points, Darius Bazley’s 24, with 11 rebounds, stood out. Now, it only remains to see how the end of the season unfolds for the Argentine, whose performance may be key for his minutes next season. And we also have to discover what will happen to the Kings, a team doomed to failure that will have to do, if everything follows the normal order of things, important changes for the near future. One in which they have an obligation to get out of the well or sink further. Something that, it must be said, is complicated. Even for them.

The Chinese President believes that the world is “troubled”