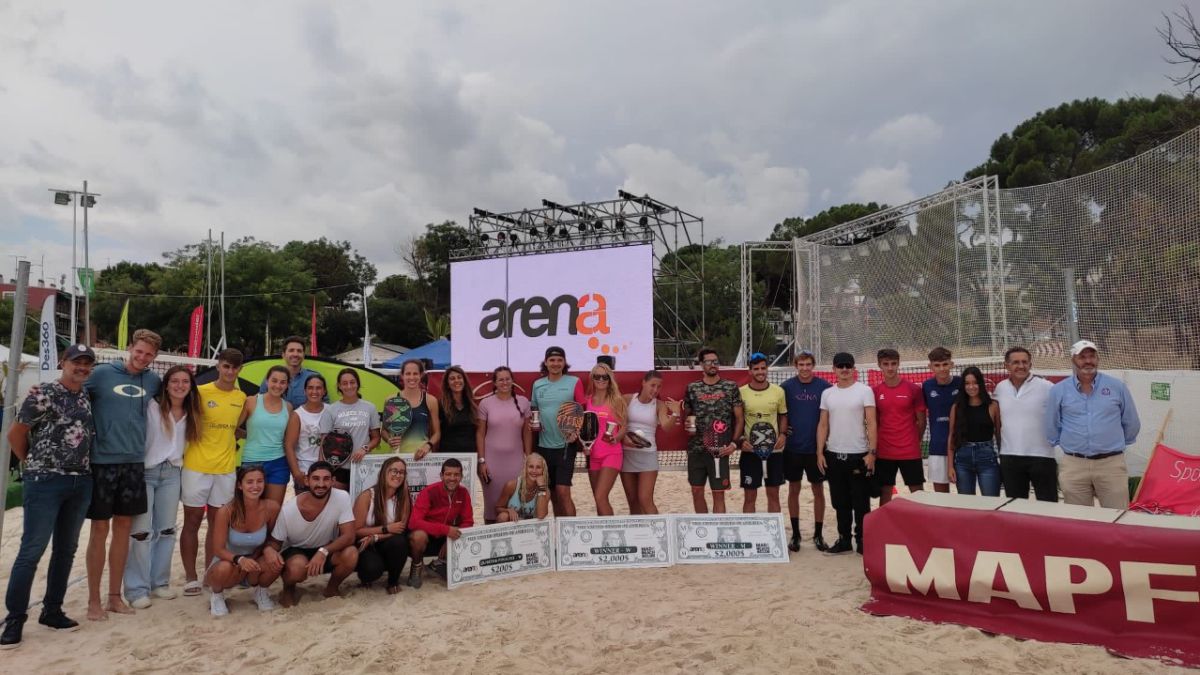 Between the matchday of Tuesday, August 30 and Wednesday, September 1, the best players in the ITF Beach Tennis World Circuit have met in Madrid at the magnificent facilities of the Mad beach club in the heart of Casa de Campo.

A total of 35 teams The competition began on Tuesday, twenty-one teams in the men’s category and fourteen in the women’s category, playing until the quarterfinals with a spectacular sporting atmosphere and a world-class level of play.

After this day, four teams per category were planted in the semifinals Wednesday, in the female category the Spanish Daniela Rodríguez and Ganesha Díaz faced the Portuguese Manuela Cunha who was a couple with the German Sophie Smichd, the victory falling on the side of the Spanish, who would face the winners of the other semi-final, the Latvian Natlaja Tumsevica and Greta Veinberga who had imposed themselves on Gran Canaria Anely Ruiz and Venezuelan Fabiola Ríos.

In an exciting final and with almost total equality, in which Latvia won 7-6, 6-7, 13-11 with a game based on the power of the attacks of both players, taking the title of champions of this first edition of BT100 Madrid.

In the men’s category there were two other exciting finals, in the first of them the number 1 entry to the Spanish Tournament Antomi Ramos and Gerard Rodríguez could not defeat the French Nico Gianotti and Theo Irigaray, falling 6-3,6-3. While in the other semifinal the Italians Giovaninni and Spoto beat the couple of the Puerto Rican Javier Mendes and the Venezuelan Carlos Vigon.

Thus, the final faced the French who came as numbers 3 and the Italians who came as 2. The French started with strength and confidence Irigaray and Gianotti , and maintained their high level of play throughout the final, with a very worked serve and adjusting many balls to the lines, which earned them to proclaim themselves champions winning 6-2, 6-4 without giving any option to his rivals, Spoto and Giovaninni.

The day ended with the delivery of trophies and prizes, a total of € 10,000 distributed between both categories, and the presence of Carles Vincens representing the RFET and Pablo Carabias representing the FTM, together with the director of the Arena Sport Event Raul Madrid Tournament .