The ‘beautiful Rome’, epicenter of coronavirus infections in Italy 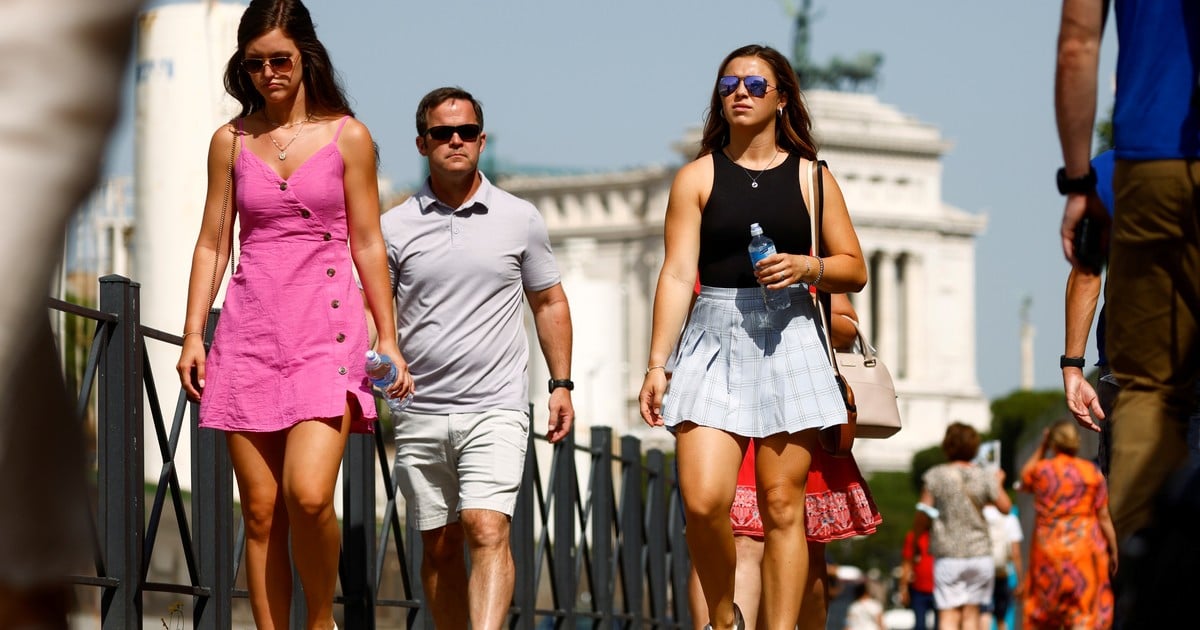 Oh Bella Roma! How sad! Suddenly it has been turned into the capital of contagions in Italy. Four days ago, its Lazio region (the ancient Latium of the Latins) is for the first time the one that produces more infections in all the country.

On Tuesday, 557 were infected in Rome and 681 in the region. The numbers are less scary than prospects. The Delta or Indian variant already dominates in Great Britain, France, Spain, Portugal. Italians feel surrounded that the worst is yet to come. And the government already extended the state of emergency until the end of the year.

It is estimated that August will begin bringing the number of infected to ten thousand a day and will end with 30 thousand infected. In the middle of July, in the middle of summer when the goodbyes to the pandemic began, the fourth wave is already being installed.

The dead day by day they are few, 10 deaths on Tuesday that added to the total of 127,884 deaths since February of last year, when the pandemic came from China to the first European country fully attacked by the corona virus.

But the data of the deaths does not reflect reality because the count of those killed by the virus runs more slowly than infections followed by hospitalization, the passage to intensive care for the most serious and the end point of death.

Slower times for the most horrible news of the global pandemic that has already cost four millions fatalities.

The negative prominence of Rome is due to the delirious celebrations on the way to victory in the European soccer championship of the “azzurri” or blues, due to the color of the Italian jersey.

In the final of Wembley against England, Rome celebrated the most massive celebrations, with youthful masses who shouted, hugged and kissed, all fast passports to contagion.

An open bus with all the players paraded through the center of the city until it reached the Quirinal Palace, where the president was waiting of the Republic to congratulate them.

The quarterfinals and semi-finals had had the same touch of madness and joy. At the Clifton pizzeria bar in the Monteverde neighborhood, the “palazzo” trembled for the exploits of the “ragazzi” when Italy ousted Belgium.

It was the worst focus: 97 infected, which reached 105 on Tuesday. The majority young and without vaccination that alleviates the disease.

All the commotion in Rome made the dominant Delta virus circulate stronger and faster. The director of the Spallanzani Institute for infectious diseases, Francesco Vaia, explains: the infected they are getting younger who are not vaccinated. Doing so is essential. It is necessary to avoid the controversies of if it works or not to inoculate them ”.

Claudio Mastroianni, director of Infectious Diseases at the Umberto I Polyclinic in Rome, was blunt: “We must understand that if we do not vaccinate everyone over 12 years of age it will be difficult to contrast the epidemic, especially in projection to September 7, when schools will reopen , colleges and universities ”.

Andrea Crisanti, the director of Molecular Medicine at the University of Padua, is the most famous of the scientists who have maintained a critical position against reopening and a normalization that is practically being buried by events.

He has assured since unsuspected times that a fourth wave of the virus is impossible to stop. A month ago many laughed at his intransigence. But he was right.

“What is happening in Great Britain (which already has 50-60 thousand infected daily) is an anticipation of what will happen to us Italians. If we consider that the protection rate for the Italian population (60 million inhabitants) is lower than that of the English, it is not necessary to use divinatory art to understand what will happen to us ”, affirms Crisanti.

“In 40 days Great Britain went from a thousand to 50 thousand infected daily,” he concluded.

The theme of the day in Italy is the approval of the health pass (“Green pass” it is called at European level) that can be copied from health systems on the web all those immunized with the two doses of vaccines. The government met on Wednesday to discuss the extension of the “passport” but decided to announce it on Thursday.

It will be necessary to show it to access cinemas, theaters, trains, airplanes, sports stadiums, swimming pools, dance halls. From September only with the health pass you can enter the internal part of bars and restaurants.

The Confindustria business center proposed to extend its use to industries as well. Factories would not accept workers without the double vaccine. The initiative was badly received by the workers’ centrals and has sparked a strong controversy. It is difficult that the initiative of the industrialists, interested in making the companies work, can pass.

The rapid spread of the pandemic blames the Delta variant and its powerful contagion power is putting an end to the virtuous summer Italy, which he wore impeccable numbers to accommodate the twenty regions in the very low risk white area.

With the current provisions, the rapid multiplication of infections puts the balance. Lazio with Rome, Veneto, Sardinia and Sicily have incidence rates that will pierce the alarm level of 50 patients per 100,000 inhabitants and will be forced to change to the medium-risk color yellow. Higher up are orange (high risk) and red, the most negative.

This Thursday the government should announce a change. From now on the regulation would be made for hospital admissions.

When patients in intensive therapies rise to 5 or 10%, where the alarm level is turned on with 30%, and in hospitalization areas on average it exceeds 10-15%, the regions with a notable increase in contagion they will turn yellow.

This level establishes increasingly important restrictions to immobilize the population and lower the movement of the virus, the regions involved. It will be the end of illusions because after things will get worse from August. From yellow it will go to orange and red, which imposes strong quarantines.