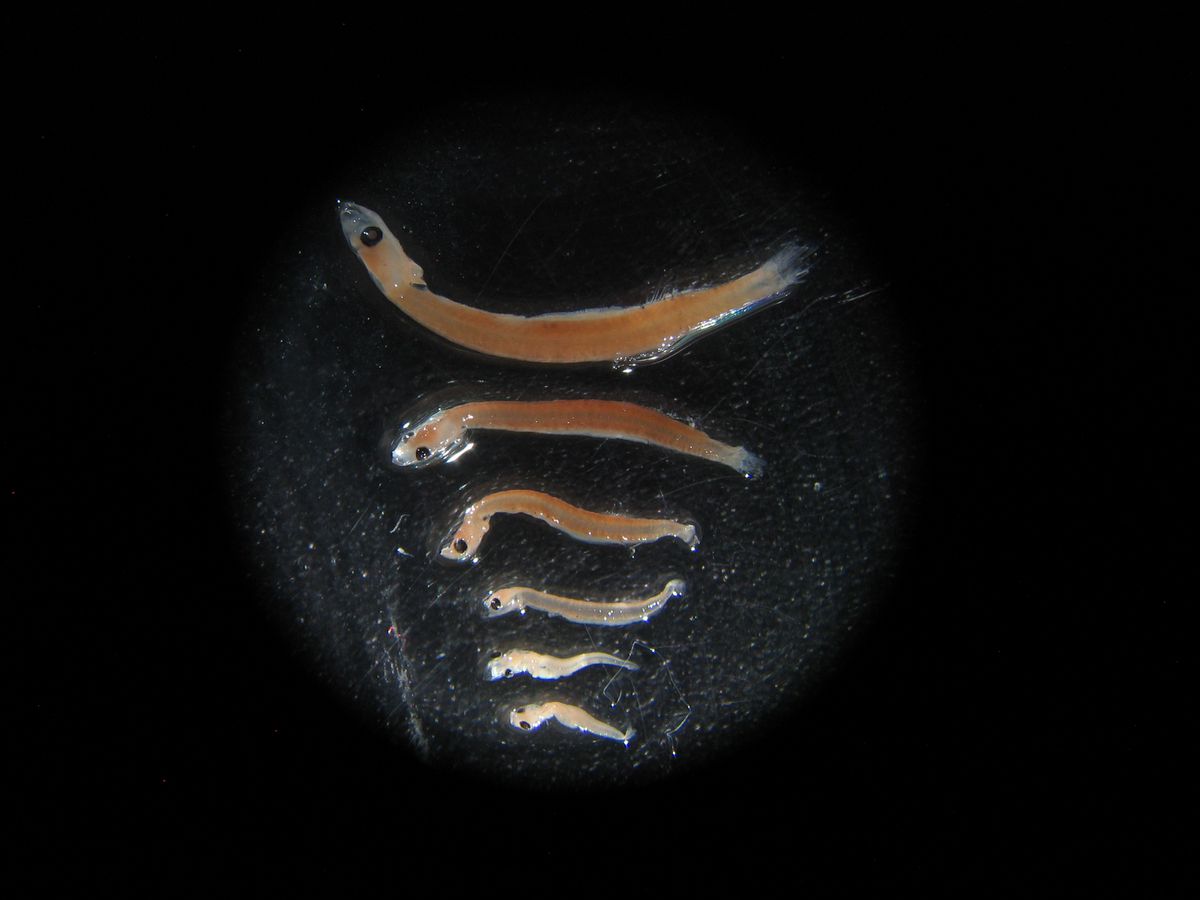 The anchovy (Engraulis encrasicolus) is one of the reference fish species in Malaga. Its quality, a huge tradition and its price – about three euros per kilo at auction – make it very popular. So much so that the people of Malaga are known by the nickname of “boquerones”. Catches of this species over time have been highly variable, with good and bad years and a downward trend. Now, an investigation of the Spanish Institute of Oceanography (IEO) developed with acoustic methodologies has allowed to verify the conditions that make the bay of Malaga the ideal refuge for the larvae of this variety. And, above all, how newborns move in large masses to the seabed to protect themselves. “Now we can understand much better the biological cycle of the species and help to have a sustainable fishery,” explains Ana Ventero, doctor in marine ecology and lead author of a study published in the specialized journal Fisheries Research, which confirms what tradition and ichthyology studies (the branch of zoology dedicated to fish) carried out in the area have been pointing out for years.

Ventero is one of the researchers who is part of the MEDIAS campaigns (MEDiteranean International Acoustic Survey, international acoustic study of the Mediterranean). Every year, they cross the Mediterranean from the border with France to Cádiz to discover the abundance of sardines and anchovies in Spanish waters. They do this by means of scientific echo sounders that emit sounds towards the water to detect the biomass. The echo of what the waves find on their way allows us to know the size, quantity and position of the schools of fish, a task that is complemented by fishing to know the species detected. It is a job that they carry out, together with other Mediterranean countries, to help manage fisheries and commissioned by the European Union. On their way there are surprises that, sometimes, when the right conditions are right, they can study. This is what happened to them in the summer of 2016 when they were sailing through the Alboran Sea and on their screens they saw a kind of carpet that covered the Malaga bay, rising between 5 and 20 meters above the seabed.

The tiny anchovies form large aggregations as they grow protected

Ventero recalls: “We thought it was plankton.” For this reason, his team launched a fishing gear to capture these tiny living beings. However, they found a large number of anchovy larvae in the net. It was a surprising and relevant finding, and the following summer they repeated the operation. The echo sounder found that second skin on the sand again and, again, it was an aggregation of small mouths between 2 and 40 millimeters. The discovery has made it possible to understand that, after hatching, the larvae head towards the seabed at a depth of between 70 and 200 meters. The researcher underlines: “Down there they are held without being at the mercy of the winds, with more food thanks to the entry of water from the Atlantic that fertilizes the bay and, as it is an area restricted to trawling, they do not have that external disturbance either” .

Under that protection, the tiny anchovies form large aggregations as they grow. It is a crucial moment because they have not yet developed neither the fins nor the lateral line – their organ of orientation and balance – essential for swimming organized in shoals. When they acquire swimming capacity and exceed three centimeters, they re-emerge from the depths in banks and begin to gain weight and size. Some stay to live in the area, while others move across the Alboran Sea to Motril to the east or Estepona to the west. Ventero explains: “The bay works as a nursery area, and that is very important because it helps us to make a more sustainable management of a species whose population is not going through its best moment.” The area is home to almost 80% of the annual anchovy catches in the Alboran Sea, according to IEO data, which underline the importance of new acoustic methodologies as a complement to traditional ones.

Magdalena Iglesias, researcher and head of the MEDIAS campaign, affirms: “If you can detect the little ones, you are capable of defending them.” The expert emphasizes that in her work they analyze the number of adults, but also how the laying of eggs has developed. “If it has gone well, the catch quotas are extended. If it has gone wrong, they are stricter ”, he explains. For this reason, they are now also working on trying to obtain data on the aggregations of larvae on the seabed, because their index can help to know how the species will be a year later, when these small fish are adults and have exceeded nine centimeters in minimum size. for your fishing. Ventero concludes: “If we can provide real data, it will help us all to achieve stable populations and, therefore, the anchovy may continue to be a great resource for a long time.”

Critical moment for the anchovy

So far in the 21st century, the average anchovy catches in the entire Alboran Sea is 944 tons per year. In the 1980s, it was over 2,000. The trend is downward, but the Spanish Institute of Oceanography indicates that the population is slowly recovering. In fact, the catches for 2019 are more than double those of the previous year: 2,341 tonnes compared to 1,086, an indication that the situation has improved.

Ana Giráldez, researcher at the IEO in Fuengirola, assures that the population is far from the optimal situation that existed, for example, in the 1970s; However, he points out that there are environmental factors – currents, water temperatures, winds, among others – that influence the number of specimens. In addition, it emphasizes that fishing is regulated in its minimum size (nine centimeters), weekly landing quotas (7,000 kilos), the size of the gear or even a one-month strike per year. And it highlights that traditional practices have practically disappeared, such as the fishing of the so-called Victorian anchovies – juvenile ones – and the wrongly called white finches – actually, larvae. All this helps the recovery of the species but, for now, “the evaluation work groups recommend not increasing the fishing effort on the anchovy in the Alboran Sea,” says the specialist.