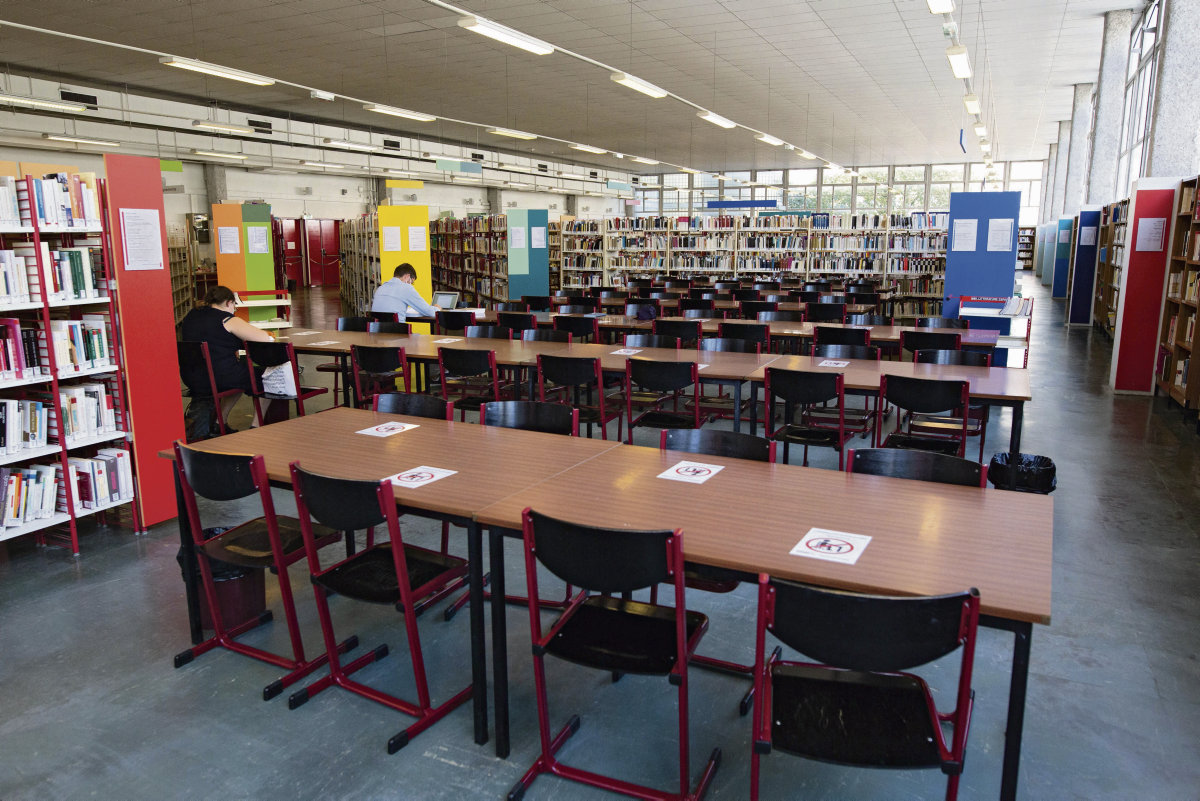 After three months of mobilization, the fight ended up paying off. The salaried students of the Sainte-Barbe university library, employed by the Paris-III-Sorbonne-Nouvelle University, won their standoff and pulled back from their management. “We obtained a fine victory on almost all of our demands”, rejoices Déborah Hofmann, one of the movement’s spokespersons.

A sleight of hand

Last November, the university library closed its doors for three days at the start of the second confinement, time to adjust to the new turn of the sanitary screw. The salaried students, normally in charge of hosting and tidying up books, are then forced to stay at home while the establishment reopens. A fortuitous interruption which deprived them of three days of wages. “For some, it’s a shortfall of fifteen hours of work. For my part, I lost twelve hours of salary ”, reports the student in master of philosophy. A sleight of hand allowed by a short sentence in the employees’ employment contract, which specifies that only the employees are paid “Hours done”. While the employed students, already precarious, have been weakened by the economic and health crisis, the scheme of the university management does not pass.

Three months later, after more than ten pickets on the Place du Panthéon, in the 5 e district of the capital, the 21 strikers savor their triumph. In the event of a new closure of the library, they have obtained from their management to be able to carry out new tasks, which can be carried out by telework this time. And therefore to receive their salary, regardless of health restrictions. “We are going to tutor students in the first year of the license, we will check remotely that there is no delay in the loans”, list Deborah Hofmann. All for the 15 hours of work provided for in the contract.

Make up for non-working hours

While librarians can now be assured of being paid if the library closes, “It’s still DIY”, however, deplores the student, who regrets that the university simply refuses to pay an hour not made due to force majeure. Because if the strikers have found the shelves of their library after the about-face of their management, their salary has still not been paid for the three days of unexpected closure in November. They have until the summer to make up for the hours not worked, their employer told them.