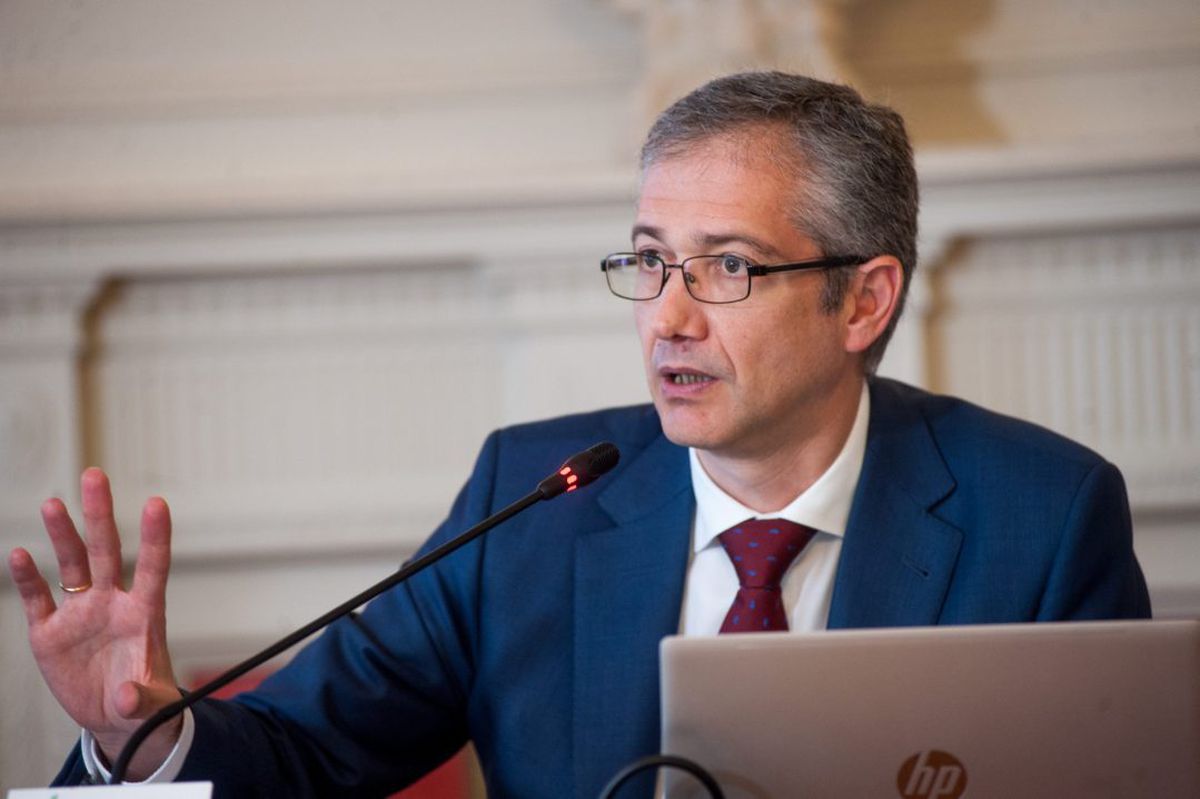 The governor of the Bank of Spain, Pablo Hernández de Cos, has requested this Friday “additional prudence” when raising the minimum interprofessional salary (SMI) considering that “some of the groups potentially most affected by this measure”, in terms of job destruction or non-creation of jobs, “have been particularly affected by the crisis,” among which he mentioned young people.

“This incorporates or requires an element of additional prudence,” asserted Hernández de Cos, asked for his opinion about a possible increase in the SMI during the conferences organized by the APIE (Association of Economic Information Journalists), sponsored by BBVA, within the summer courses of the Menéndez Pelayo International University in Santander.

The governor’s statements come weeks after a report from the Bank of Spain was released that concludes that the increase in the SMI in 2019, from 22% to 1,050 euros per month in 12 payments, caused a lower growth of employment of between 0.6 % and 1.1%. Although the supervisor did not cite the figure, if you take the data on salaried workers from the EPA, that estimate translates into a net loss of between 98,000 and 180,000 jobs.

Political decision, not the supervisor’s

In any case, the governor has clarified that “it is up to the political sphere”, and not the Bank of Spain, to assess the decision, which entails benefits in terms of higher income levels for employed workers, but also job destruction for those trying to get high. In his reply, Hernández de Cos alluded to the need for greater economic research when making decisions on public accounts.

The governor of the Bank of Spain has also recalled that the study presented by the entity is an “incomplete” document, since it assesses the impact of that increase in the SMI only during its first year of validity, but has defended that it is “a very technical analysis rigorous”. “Then we will have to see what happens to those workers several years later,” he added.

In a conference on “Economic policy priorities in the current economic context”, Hernández de Cos stated that the challenge is not “to return to the GDP level of 2019, which will nominally occur at the end of 2022, but also to recover lost growth ”In 2021 and 2022.

Pablo Hernández de Cos has said that it would be a “mistake” to be impressed by the economic growth that will come in the coming quarters, but also a “premature withdrawal” of the stimuli. The governor, who has closed the summer course, has insisted on the need to design “promptly” the fiscal consolidation program that will have to be executed after the pandemic to clean up public accounts.

He has also defended that fiscal consolidation be done as soon as possible, taking advantage of economic growth. It is necessary, he added, to correct structural deficiencies in the labor market (duality, active employment policies, employability), improve productivity dynamics (increasing human and technological capital and favoring business growth), and address population aging and its implications (sustainability of the pension system) and the fight against climate change.