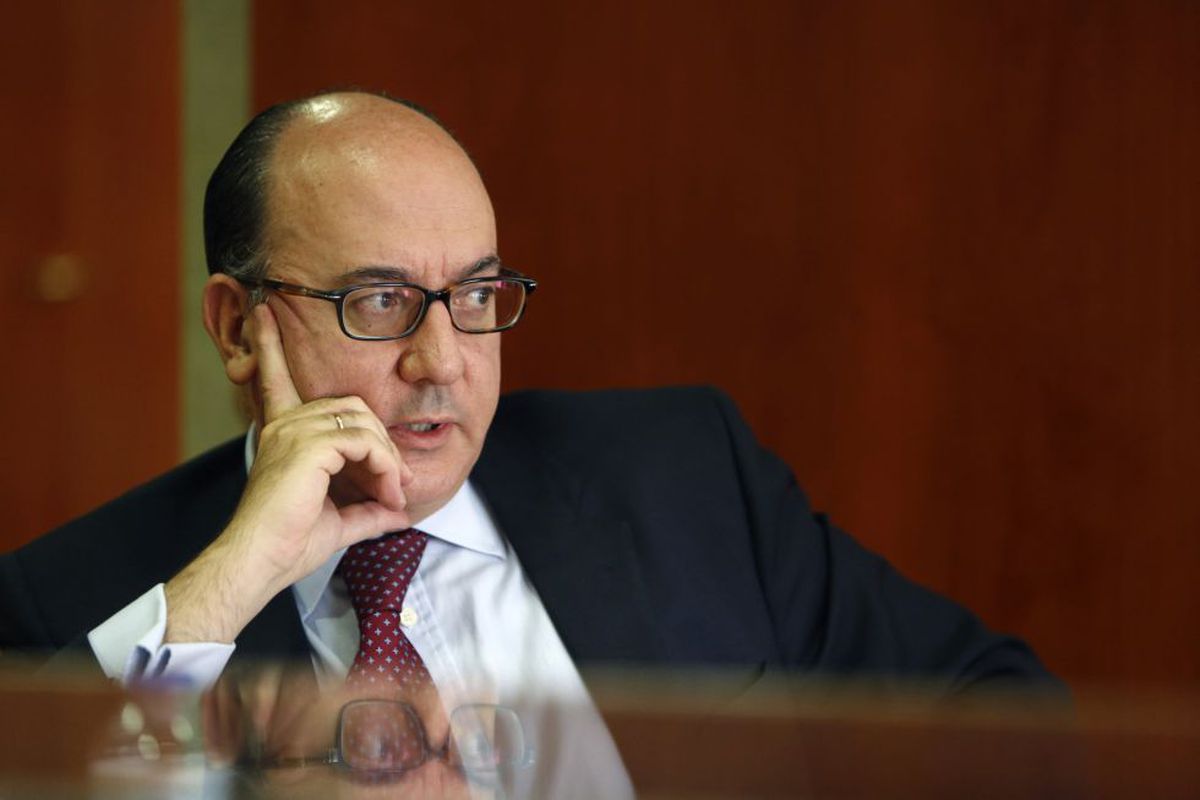 The banking employer, the Spanish Banking Association (AEB), warned yesterday that there is still room for further adjustments of offices and templates. Spanish banking is immersed in a process of seeking profitability by reducing employees to exceed the figure of 15,000 layoffs this year. The AEB recalls that Spain continues to be one of the countries with the most branches per inhabitant. Experts believe that the bank is experiencing “a perfect tsunami” due to the fall in interest rates and the digitization that leads it to seek restructuring.

The sector is facing a technological change, with less use of cash and more and more electronic channels, so that banks, not only in Spain, are facing a process of rationalization of their structures, explained the president of the AEB, José María Roldán. Since 2015, 9,000 bank branches have closed in Germany and 6,000 in Italy, in both cases above the 5,000 that have been closed in Spain, which continues to be one of those with the most branches per inhabitant, “twice or even more”, he assured, according to Efe.

In his opinion, banks are adapting to changes in customer demand and it is a “logical” adaptation in an environment of pressure on profitability, which is compatible with thinking about maintaining or offering certain services against financial exclusion.

Roldán tried to explain the transformation of the sector and the closure of offices with the evolution in the world of telecommunications, which caused thousands of phone booths to disappear from the streets due to the generalization of mobile phones.

Banks’ investment in technology has made financial services and means of payment increasingly accessible to customers, clearing up traditional bank branch activity and accelerating closures. In addition, the closure of branches, even greater in the event of mergers and overlapping of the network, is usually accompanied by cuts in the workforce, but Roldán emphasizes that they arrive in an agreed manner and trusts that it will continue to be the case, as it shows its appreciation for social peace.

Roldán, who announced that he will not run for re-election after two four-year terms, highlighted the positive role of the sector in the crisis, despite the reputational problems that the layoffs could cause.

The experts consulted partially coincide with the diagnosis of the employer’s association. Joaquín Maudos, professor of Economic Analysis at the University of Valencia, recalls that banking is in “a context of great difficulty for the viability of the business” due to the pressure of the cost of strict regulation (which is reflected above all in capital) , competition (banking and non-banking from fintech companies, large technology companies and shadow banking), low interest rates (in 2020 the interest margin was a minimum in Spain) and provisions against non-performing loans due to the Covid-19 crisis, “which have tripled in 2020, to 18,000 million euros.”

Gonzalo Sánchez, an analyst at the Gaesco firm, believes that the banking system is experiencing “a change of model in which what it seeks is lost profitability. “Mergers are made out of necessity, not out of taste,” he adds.

In his opinion, banks may spend a certain time with a profitability lower than the cost of capital, “as has already happened, but it is not sustainable for it to continue like this for many years because, in the long run, it does not make sense to maintain unprofitable businesses ”. “The normal thing is that they close”, they add in Gaesco.

Maudos manifests himself in the same way. The combination of the aforementioned factors that threaten the banking business “are a perfect tsunami whose consequences are there: a negative return on capital in the business in Spain in 2020 of -1.5% and a worsening of its efficiency due to the cut in margin, which falls more than operating expenses ”.

Maudos agrees with the AEB that Spanish banking continues to have excess capacity, since it is the second in the European Union with the most offices in relation to population, only behind France. “This data, together with the low profitability, forces to adjust network and employment.”

This expert considers that the CaixaBank case is one more example that a merger “has a social cost from the employment point of view, but there is no choice but to assume it. “Banking is a sector undergoing restructuring, subject to many pressures that question its viability, and survival requires cutting costs and let’s not forget that the main cost is personnel costs,” adds Maudos, who admits that the 8,300 dismissals at CaixaBank is a shocking figure. “But we are talking about the largest bank for its business in Spain.”

The Gaesco analyst also points out that what the sector is doing is adapting “to the new credit pie, which is getting smaller and smaller, which forces fewer players to make a living from this business.”

BBVA considers it “necessary” to reduce the workforce

BBVA held its telematic shareholders meeting yesterday in Bilbao, days after opening the negotiation to carry out an ERE that could affect 3,000 people. The president, Carlos Torres, justified the measure as something “necessary” to guarantee the future viability of the entity. Torres assured that the best agreement will be sought, but the unions showed their reluctance. Almost a dozen of them took the floor to demand that the exits be “non-traumatic” and criticized that the bank is hiding in the advance of digitization.

On the other hand, the shareholders approved the distribution of a dividend – if the ECB allows it – of 35% of the profit of the first half of the year, the possible repurchase of up to 10% of the bank’s shares and the payment of a bonus for top management.