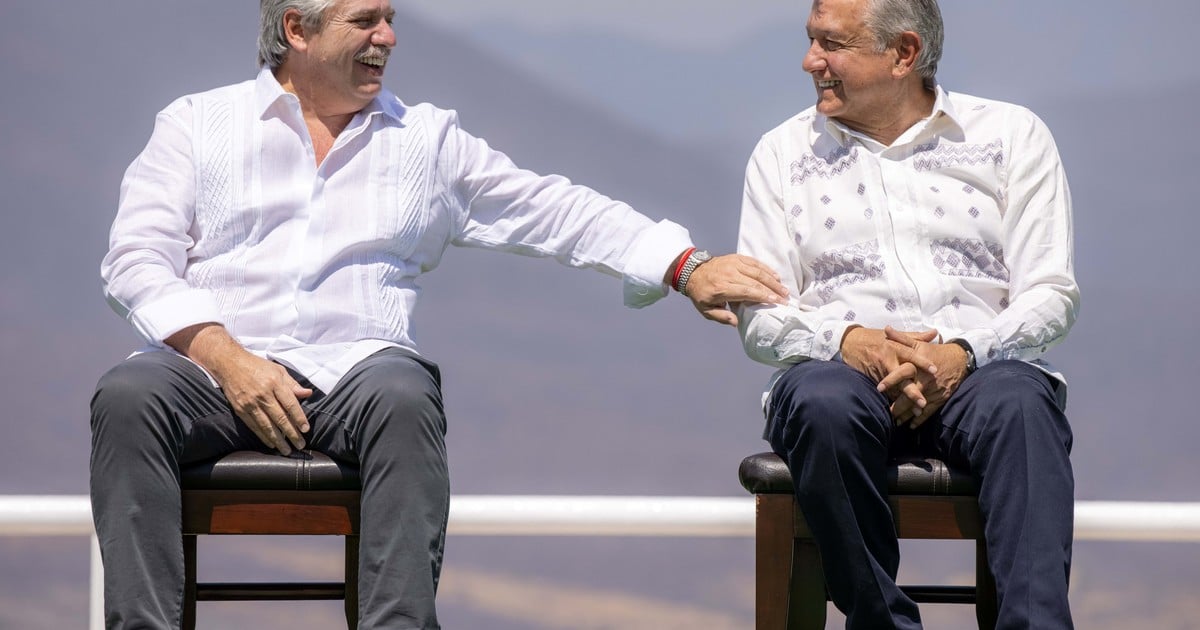 Behind the hardening of the tone that Alberto Fernández and Andrés López Obrador have just adopted in the face of the situation in Nicaragua, we must review the cataract of criticism that generated their abstentions in the Organization of American States, where 26 other countries did complain against Daniel Ortega for his subjugation of democratic institutions and his wave of imprisonment of opposition figures.

Until the announcement on Monday that their respective ambassadors in Managua were being called for consultations, the governments of Argentina and Mexico reassessed the high costs and meager benefits of their power.stura last Friday. Then Seeking to differentiate themselves from the United States and the Secretary General of the OAS, Luis Almagro, they ended up in an abstention before a majority resolution of the Permanent Council of the organization. The Argentine-Mexican position was functional to the Ortega regime.

This Sunday, López Obrador’s foreign minister, Marcelo Ebrard, contacted Alberto Fernández to propose a change of attitude towards Managua. That is, harden the tone and show action. A new gesture that Alberto Fernández’s Argentina no longer plays in tandem with Brazil, its historical ally and neighbor, and it does with Mexico.

A poster with the image of Nicaraguan President Daniel Ortega and his wife Rosario Murillo in Managua.

Alberto F. accepted the proposal and transferred the adjustments with the Mexicans to his minister Felipe Solá, who had always been in favor of being tough against Ortega. On Friday the 11th he had sent a letter to his Nicaraguan counterpart asking for freedom for political prisoners. One of them, personal friend.

This Monday, Fernández ordered to convene consultations with his ambassador in Managua, Daniel Capitanich. Days before, he had asked him to go see Ortega’s political prisoners. Capitanich, brother of the governor of Chaco, drags a lackluster mission. He informed Fernández that Ortega would not let him see the prisoners because they are incommunicado.

Now camouflaged with Sandinismo, Capitanich is a problem that Kirchnerism has with its representatives abroad. They are militants. Among them Carlos Raimundi, in Washington, representative to the OAS, where he uses his Argentine rostrum to defend Nicolás Maduro and Ortega. His voice for Nicaragua also reached the Argentine president.

Meanwhile, the Nicaraguan dictator has ignored the requests of Fernández and López Obrador, who pay an internal cost and before Washington for their lightness in the face of the situation in Nicaragua. Alberto F. even wanted to talk to him and couldn’t.

As if that were not enough, also backed by Cuba and Venezuela, Ortega returned to the charge this weekend with more prisons for opposition leaders including five presidential. There are already a score of detainees.

Close to Alberto F. they say that now, in private, he thinks that Ortega is a “dictator” and a “caricature” of what he was in his fight against the dictatorship of Anastasio Somoza.

So why does the President think that he voted for abstention? In the Presidency they swear and perjure that they never changed their opinion but that the position of the United States and Almagro did not help the consensus. They point out that the resolution of the Permanent Council on Tuesday meddled in the internal affairs of Nicaragua, asking for a change in the regulations of the electoral calendar and that the government “was not going to allow it.” They say that if they ask that of Nicaraguans, and Venezuelans, one day “they are going to ask” this country. This is what Kirchnerism defines as “external interference.”

At a time when Argentina needs the United States on the entire economic front to move towards a solution to the foreign debt problem before the IMF and the Paris Club, Nicaragua’s abstention from the OAS was unintelligible to those in the government.

Over the weekend, while Alberto F. received criticism for his tepid position before the OAS, the president of the Chamber of Deputies, Sergio Massa, appeared in the United States criticizing the abuses of the Nicaraguan dictatorship. Agreed position? Maybe. The truth is that now, Alberto Fernández gave an order to support the report of the United Nations High Commissioner for Human Rights, Michelle Bachelet, who this Tuesday – was to be this Monday – will update her critical report on the situation in Nicaragua, which Argentina supports. He had done it before, but his abstentions at the OAS overshadow him.