The Azzurri asks to play with black badges 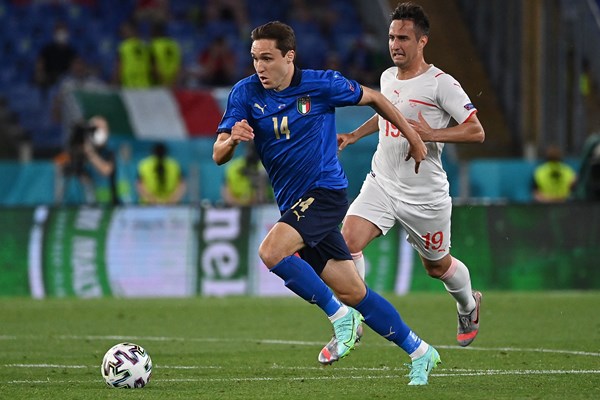 The Italian team will lead the first group unless it loses to Wales in the last match in the group stage, which may put the Italian team against the Belgian team, the world leader in the rankings.

Federico Chiesa, the Italian national football team player, said: “On behalf of the whole team we want to express our condolences to his family, we have lost a mark in Italian football.”

Chiesa added that he does not feel any fear of facing the major teams in the European Championship “Euro 2020”, after his country’s rise to the last 16, with a match remaining in the group stage.

Today, Friday, Chiesa said at the team camp in Florence: “If you want to go far, you have to play against such teams and we will do that. We want to see at what level we are and we are not afraid of any team, whether the World Cup holder or the world number one.”

Tokyo 2020: Vanessa Ferrari on the podium