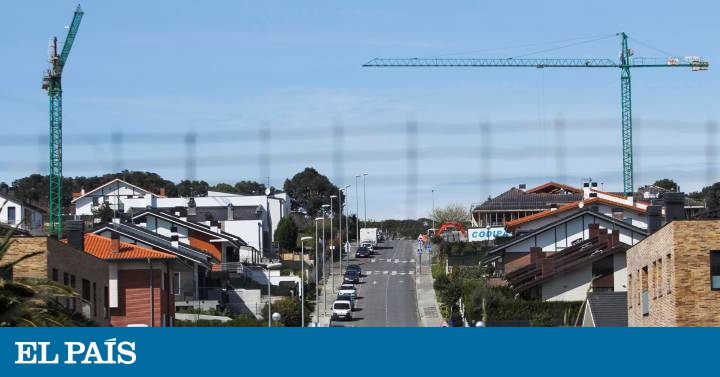 For the average worker who needs to fully finance the purchase of his home, everything revolves around one figure: 20. On the one hand, he knows that the bank will not be able to lend him more than 80% of the value of the property, so the remaining fifth part of this amount must be provided by him. On the other hand, in general, personal finance experts advise you to dedicate 20% of your income each month to savings. So, if you followed this suggestion, it would take seven years to raise the money you need to take out a mortgage and buy the home.

This is the result of applying to the average Spanish salary —19,692 euros, according to an Adecco study published this month— the so-called 50/20/30 rule, that is, a distribution of income suggested by many personal finance experts and that It consists of dedicating 50% to basic expenses, 20% to savings and 30% to personal expenses. Which means that, of the 1,641 euros per month that this remuneration represents, the user can allocate around 328 euros (or, what is the same, 3,938 euros per year) to save for the entrance of their future home.

Since the average housing area transmitted in the last quarter of last year was 102.13 square meters, according to the College of Registrars of Spain, and that, in the same period, the average price per square meter of housing reached 1,353 euros, according to the appraiser Tinsa, an average home was worth around 138,181 euros. In this way, that person will need seven years to get the 27,636 euros that correspond to 20% of the total value of a property of that price.

These calculations, however, could fall short, in the opinion of the director of Mortgages of the bank comparator iAhorro, Simone Colombelli. “Buying a house entails expenses that are usually underestimated,” he points out, “so it is advisable to save an additional 10% of its price for the costs of formalizing the process.” In the same sense, the spokesperson for the Organization of Consumers and Users (OCU), Ileana Izverniceanu, recommends having a mattress that covers at least 25% of the mortgage payment.

If the savings effort mentioned above represents an average for the entire Spanish territory, things change when one delves into more specific situations. In large cities, for example, “the price of real estate as well as the cost of living in general is higher,” says Colombelli. This is the case, among others, of Madrid, where the average price of housing in the last quarter of 2020 stood at 2,830 euros per square meter, that is, 6.3% less than in the same period of the previous year, but well above the Spanish average, which was 1,353 euros per square meter, according to the appraiser Tinsa.

When taking into account the average price of housing in the Autonomous Community of Madrid, which is around 221,458 euros, and the average salary in that region (23,568 euros, the highest, always according to Adecco), it would take almost nine and a half years to get 20% of the value of this property. Similarly, a person who wants to acquire a home in the Basque Country, the second autonomous community with the highest average salary (23,448 euros) and in which the average price of the home is 179,812 euros, will take more than seven years and means, medium. It is followed by Navarra, with an average salary of 22,044 euros, an average home value of 117,346 euros, and where the user will have to wait a little more than five years.

In any case, Izverniceanu considers that “the higher the percentage of savings destined for housing, the better, especially when we contract loans with a variable interest rate, in which we will have to have a margin of safety against possible increases in the interest rates ”. Nor will it be overlooked that, when it comes to a goal as ambitious as saving to buy a home, doing it sporadically does not work, so being constant will be essential to achieve the goal. “Saving that money is also a good way of knowing if we will be able to assume the expense that the mortgage represents in the future,” in the words of Colombelli.

“Making a calculation of monthly expenses that also takes into account those that are not paid periodically will help achieve these savings,” adds Izverniceanu. “It is very important to analyze all these factors before making the decision to apply for a mortgage loan with which a very long-term payment obligation is acquired, a period in which personal circumstances can vary radically”, he concludes.

“Due to current events”: ARD is completely rescheduling “Hart aber fair” shortly before it starts broadcasting