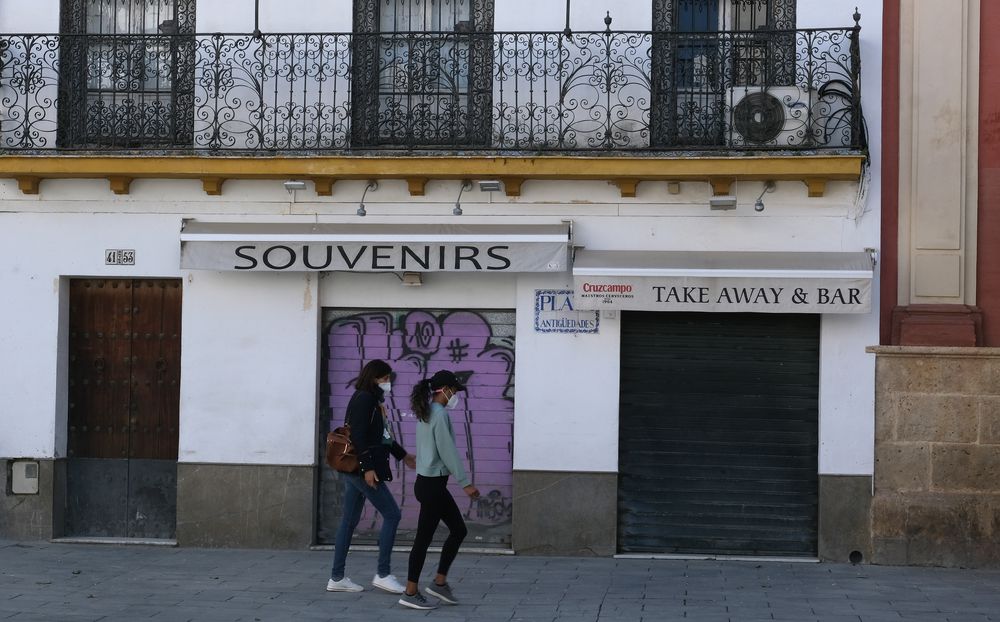 The direct aid so longed for by companies after a disastrous year have already been approved. But time is ticking and there are still fringes to close. The autonomies will have to process, pay and control the transfers, but they will not receive the money until, at least, within a month and they still do not know the details on how to manage it. For this reason, and despite applauding the measure, several communities ask the Treasury for clarification on how to process the funds of 7,000 million to support the self-employed and SMEs, and regret the little dialogue that the Executive has maintained and the late arrival of the measure. “That is not co-governance”, settled this Thursday the Andalusian Finance Minister, Juan Bravo, of the PP.

The measure was necessary, but it will be a great management challenge in a very short time. This is the general trend that several regional executives maintain about the new direct aid of 11,000 million in support to companies, which the sectors most affected by the pandemic have been crying out for months. After several tug of war between the Government partners, last Friday the Council of Ministers finally gave the green light to the measure. The bulk of this package, 7,000 million, will be direct aid for the self-employed and SMEs, and will range between 3,000 and 200.00 euros. But this money will not be managed from La Moncloa: the autonomous communities will be in charge of carrying out the procedures, control and supervision of the transfers. And with the warning that what they fail to execute or commit by the end of this year will have to be returned to the Ministry of Finance.

This is established by the decree published last week in the BOE, which adds that the Government is given 40 days to sign the agreements between the Treasury and the autonomous governments to clarify how to articulate the collaboration between different administrations to manage the aid.

“Everyone will ask, ‘Did the communities know about this?’ No, nothing, ”Juan Bravo lamented this Thursday. The Andalusian advisor of the PP added that the deadline set for the money to be transferred to the autonomies will further reduce the times to transfer it to the companies. “Do you want us to go to after summer to pay for it? Someone can say that it is Andalusia, that PP and Cs rule it with Vox, but listen to any regional administration of whatever sign it may be ”.

In fact, autonomies of different political colors acknowledge that aid is late, question the lack of dialogue with the central government and admit that they will need to speed up management to arrive on time. “We found out about the decree that established that we were going to manage the aid through television,” says a counselor of a socialist autonomy. “What could be good news can turn into a mess,” he concludes. Another counselor from an administration governed by the PSOE adds: “The aid, which we have been demanding for many months, is late.”

Communities are uncomfortable with the formula chosen by the Government. We cannot speak of discomfort, but we can speak of concern because they do not know how they will have to manage the aid in such a short time. At the same time, they recognize that they are good news. “How are we going to complain that they give us more money,” acknowledges a socialist councilor. “This is a very positive initiative,” says the Ministry of Finance of Asturias. “In terms of management, it is a challenge for the communities.”

But the regional authorities are waiting for the Treasury to clarify how to move forward with the procedures. Many have contacted the ministry to ask them the details of the agreements they will have to sign and have not yet received a response, explain two regional officials. Regional governments are confident that they will be able to cope with the process thanks to the mechanisms they have already put in place to grant direct aid on their own. Patricia Franco, Minister of Economy of Castilla-La Mancha, explains that the Board is already making decisions to streamline the new funds as much as possible, although she points out that the terms of collaboration with the Tax Agency – which must check that companies comply with the requirements to access the grants – will be key to management. From the Valencian Community they remember that they have already announced the creation of a work commission that will be in charge of speeding up the arrival of aid.

Finance Minister María Jesús Montero said Thursday that she hopes the aid can reach companies in the summer. “Although the prospects of being able to receive them or know the amounts that are assigned will be a balloon of oxygen for companies in order to ask for them.”

Of the new aid package, 2,000 million will go to the Canary Islands and the Balearic Islands, the territories hardest hit by the pandemic. The remaining 5,000 million will be distributed according to the allocation criteria of the European React EU fund: drop in activity, unemployment rate and youth unemployment. The final amounts will be published in a ministerial order, but several communities of the PP, which had already alleged a lack of transparency in the distribution of the European fund, complained again last week. Among them are Madrid or Castilla y León, which has requested a convocation of the Fiscal Policy Council – the conclave where the Treasury and the autonomies debate finances – to review the amounts of the React EU and the new aid package assigned to each community.

Other communities regret that the list of activities chosen that may receive aid – 95 areas – excludes important sectors for their productive fabric, and that the criteria for assigning them – a drop in billing of at least 30%, have had a result positive in 2019 and being up-to-date with the Treasury and Social Security— they will leave many companies out. This is the case of La Rioja, which complains about the exclusion of wine and shoe manufacturing. Other autonomies governed by the PSOE also warn about this limitation.

A plastic surgery that kidnaps an innocent life!

Tourists explained the rules of stay in Cyprus