The automakers put first: increase in production and new shifts 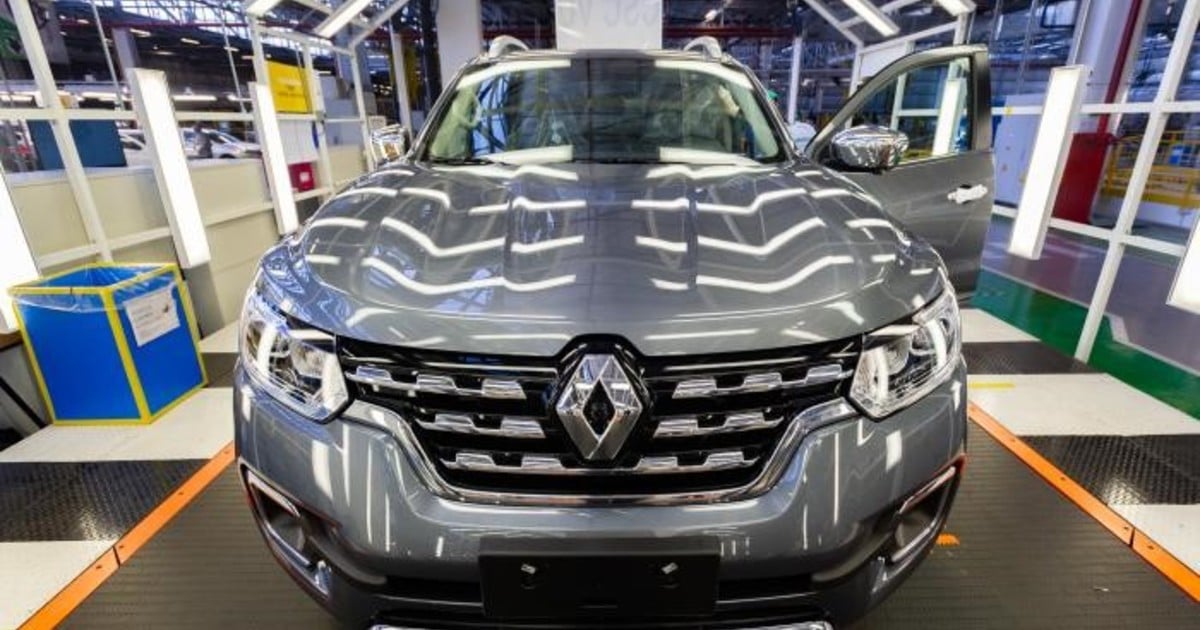 Automotive terminals are putting their factories in a position to fulfill the unwritten promise of producing 440,000 units, a figure that is still below the average of recent years but that would mean a significant jump of 70% compared to 2020. Only In the last week, three of the nine companies that produce light vehicles in the country (cars, utility vehicles and pick-ups) confirmed a significant increase in the number of units they plan to manufacture.

The automaker Renault announced on Monday that it plans to open a second production shift at its factory in Córdoba, with the incorporation of 500 new operators, to increase production of both its Sandero, Stepway, Logan and Kangoo models, as well as its brand new pickup. up Alaskan.

The announcement was made by the head of Renault Argentina, Pablo Sibilla, to the Cordovan governor, Juan Schiaretti. Sibilla said that in addition to the 500 new jobs, the opening of a second shift would generate “another 500 indirect jobs” among auto parts suppliers. But the Argentine executive said that this increase is conditional on the national government “authorizing” the entry of imported inputs.

At the moment the Renault Alaskan is destined for local dealerships. But on that same production line, inside the Santa Isabel factory in Cordoba, the Nissan Frontier pickup is also assembled: the Japanese automaker was the one that installed that production line (with an investment of 600 million dollars) and exports 70 % of its production to Brazil. The elimination to zero of the withholdings on “incremental” exports to Brazil announced by the Government now works as an extra incentive.

The Fiat Cronos produced in Córdoba.

This week, also, FCA Fiat Chrysler executives confirmed that their factory in Córdoba plans to manufacture “twice” the number of Fiat Cronos compared to the almost 34,000 units they had reached last year. The announcement was made at the end of last year by the general director of the Argentine subsidiary, Martín Zuppi. And he had also put on the table that the bottleneck to increasing production is the lack of auto parts, although Zuppi said that the cause was none other than the pandemic. “With the current health situation, there are no guarantees that from there (in Brazil) they can supply us beyond the limit we have.” The Cronos has been leading the ranking of the best-selling models in the domestic market. But from Córdoba they also want to export 35% of the production to Brazil and Mexico.

The previous week, spokespersons for Toyota Argentina had confirmed that the Japanese automaker’s subsidiary is making adjustments to increase production at its Zárate factory 50% above the almost 100,000 units it manufactured in 2020. At Toyota they assure that “the Demand is “both in the domestic market, where there are waiting lists of five to ten months for the models of the Hilux pick-up and the SW4 all-terrain. And they also have a significant demand from Brazil, the most important of the 20 destinations where Hilux is exported.

The Zárate factory has an installed capacity of 140,000 units, but in 2019 this limit was reached with a two-shift system and several holidays. For now, that formula is proving difficult to replicate: in February, Toyota had to stop production for two holidays because it could not convince its operators to come to work. According to what was said – the company did not want to comment – it was because the salary bonus of those days today ends up strongly cut by the Income Tax.

Toyota plant in Zárate, where the Hilux and SW4 are produced.

The other five manufacturers of “light” vehicles are also preparing significant increases in their production. PSA Peugeot Citroën began the year with the “regime” production of its new Peugeot 208 model, manufactured in El Palomar and which today occupies fourth place in the ranking of the best sellers. Ford, buoyed by the announcement of a $ 580 million investment in its General Pacheco factory, faces the production of its Ranger model, which is already guaranteed local production of the next generation. And Mercedes Benz was once again the only local automaker that exports its products (the Sprinter, in chassis version) to the United States since last year.

Two other terminals, Volkswagen and General Motors, are developing two new local SUVs. The German automaker will launch its Taos mid-size SUV in the coming weeks (the date has not yet been defined), which represented an investment of 650 million dollars in the General Pacheco plant, and which will be added to the production of its Amarok pickup. today the fifth best-selling vehicle in Argentina.

In the case of General Motors, this year it is completing an investment of 300 million dollars to launch, in 2022, a B-segment SUV, which in the market is marked as the new generation of the successful Tracker that is manufactured today in Brazil. . For now, GM is silent on the silhouette of the new model, but confirmed that it will join the current production of the Chevrolet Cruze.

Silhouette of the Volkswagen Taos, whose production in General Pacheco could begin in the coming weeks.

The terminals have in favor a sustained internal demand, since March would close with more than 30,000 patents, reaching close to 120,000 units in the first quarter. This sustained demand, encouraged by the gap between the official dollar and the “blue”, is increasingly playing in favor of the sale of locally produced vehicles, which in the first months of the year occupied five of the ten positions in the ranking one of the best sellers.

Imported vehicles, both by brands without a factory in the country and by the automotive terminals themselves, are authorized item by item from the Ministry of Industry, which depends on the Ministry of Productive Development. This “managed” trade, in turn, generated a price premium scheme in the concessionaires that in some cases doubles the list prices published by the automakers.