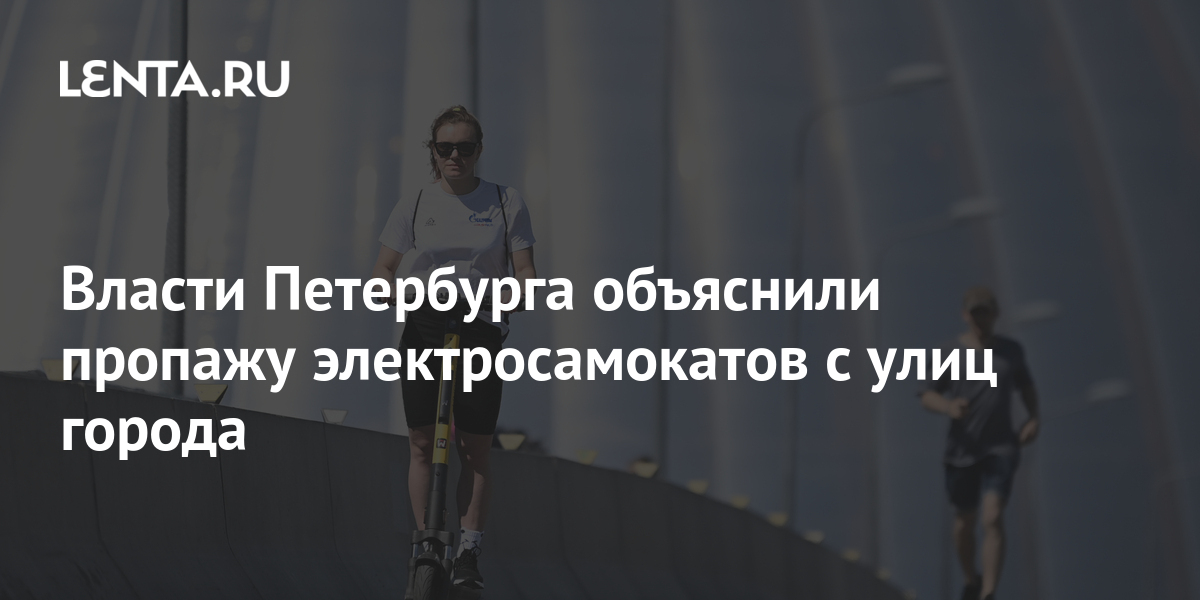 Electric scooter rental services themselves removed scooters from the streets of St. Petersburg due to the actions of the Investigative Committee, said Kirill Polyakov, head of the city transport committee. Writes about this edition “Rise”.

According to Polyakov, the authorities are trying to negotiate with both sides. “We have a meeting twice a week with the heads of kicksharing companies and representatives of law enforcement agencies. We are looking for a reasonable compromise in order to support business and not prohibit it at all, but on the other hand, our task is to ensure the safety of people, taking into account the unsettled concept of “means of individual mobility” at the federal level, ”he explained.

He added that the administration is also discussing zones of restrictions and zones of prohibition for the movement of electric scooters during the European Football Championship, the matches of which St. Petersburg will host from 12 to 23 June. The authorities want to ensure the safety of the fans and the approaches to the stadiums.

On the morning of June 9, it became known that the services of renting electric scooters Whoosh and Molniya had suspended their work in St. Petersburg until the regulation of the services’ operation with the city administration was settled.

According to the publication Baza in his Telegram channel, the reason for the lack of scooters was a criminal case under Article 238 of the Criminal Code (“Providing services that do not meet safety requirements”). According to him, from 6 am on June 9, St. Petersburg investigators and operatives seize scooters from parking lots in different parts of the city.

On June 8, it was reported that the speed of electric scooters in St. Petersburg will be limited to a fast pace, reducing to 10 kilometers per hour. The changes will affect 20 tourist streets in the city.