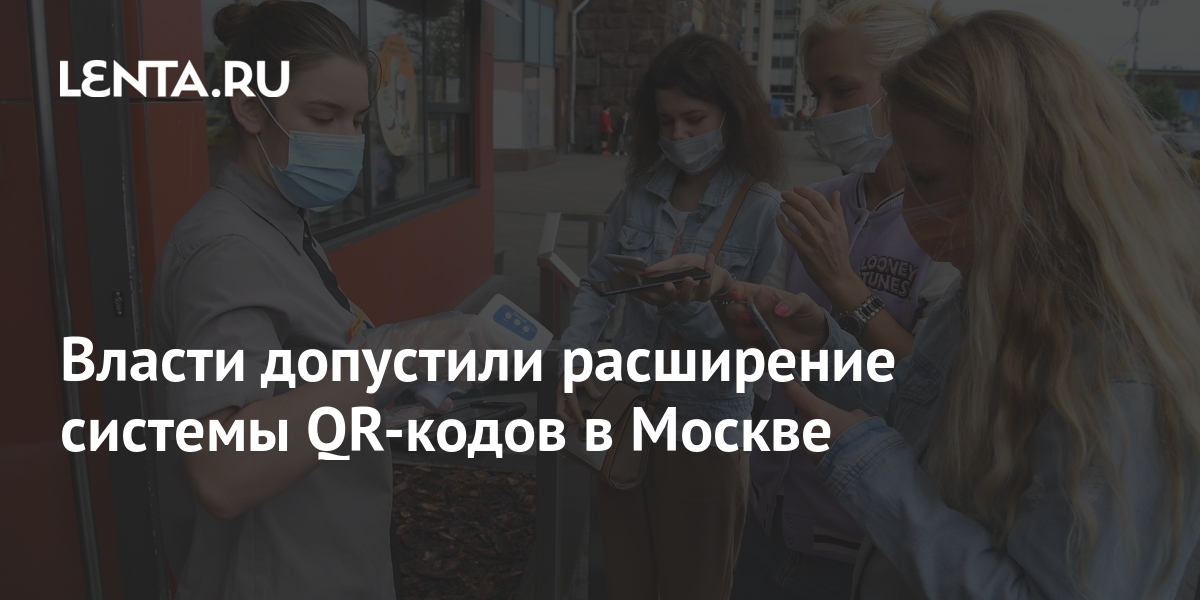 The authorities allowed the expansion of the QR code system in Moscow. This was announced by the head of the department of trade and services of the capital, Oleksiy Nemeryuk, reports Interfax…

“Let’s get it this way: public transport and shops – maybe not very soon. But we have ideas on which industries can join this program, ”he said.

Nemeryuk noted that more than seven thousand restaurants in Moscow have already introduced and began to use the QR-code system.

Since June 28, catering establishments in the city can only be accessed by a QR code, which proves that a person has either recently been ill, or has been vaccinated, or has passed a PCR test and is healthy. Until July 12, Muscovites and guests of the capital are still allowed to visit the summer verandas of the cafe without such codes, as well as go into the restaurant to wash their hands.

Earlier it was reported that fake QR codes for visiting restaurants and cafes in Moscow began to be sold on the darknet. Their average cost is 11 thousand rubles.