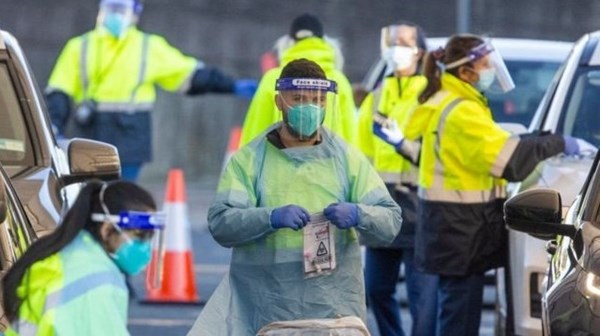 Today, Saturday, the Australian state of New South Wales recorded a record number of new infections with the Corona virus (Covid-19) despite the state being subject to a closure 8 weeks ago.
The state recorded 825 local injuries and seven imported injuries, as well as three deaths, as of Friday evening.
With 61 cases recorded in Victoria and eight in the Australian capital region, which includes the capital Canberra, the total number of infections in all of Australia rises to 894 new cases of the virus, exceeding the previous record of 754 cases recorded last Thursday.
New South Wales Premier Gladys Berejiklian announced on Friday that the lockdown in the greater Sydney area would be extended until the end of September, with restrictions tightening from next Monday.
Australia has recorded more than 42,000 infections with the Corona virus, as well as more than 970 deaths from the Corona virus, since the outbreak of the virus began.