The austerity imposed by the Mexican government impacts pensions 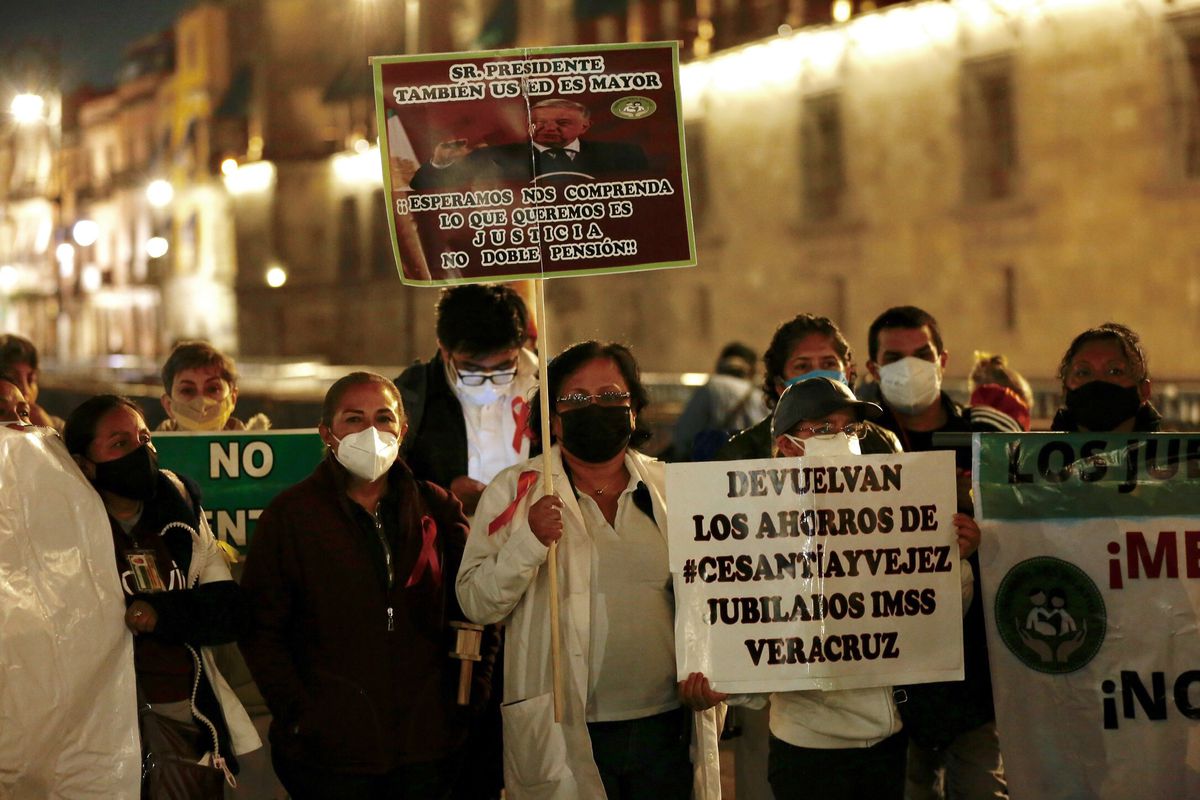 One of the central axes of the Government of President Andrés Manuel López Obrador has been austerity, which has resulted in three years of budget cuts, the elimination of undersecretaries and the renegotiation of public contracts that the Administration considers abusive for the public treasury. The consequences were seen, first, in economic growth in general, since public spending on construction was reduced, an activity that has a wide impact on many other activities. Now, austerity has impacted the retirement savings of Mexicans.

On June 30, the credit risk agency S&P Global cut the rating of two debt bonds issued by companies that provide services to federal government prisons because they see it very possible that they will default on their obligations to pay interest in the coming months. This, the agency explained, is because the federal government has not paid them for their services since January, which puts companies in trouble. At the beginning of the year, the López Obrador Administration, through the Decentralized Administrative Body Prevention and Social Readaptation (PyRS), announced that it would seek to renegotiate the contracts with all the companies that provide these services, considering them disadvantageous for the treasury.

The problem is that two of these contracts are tied to trusts, which implies that any renegotiation of the service contract has to be approved by the debt holders. While PyRS reached a new agreement with the other companies, these two bonds, from the Sarre and Pápagos trusts and the CFRS Oaxaca Trust, in the states of Sonora and Guanajuato, remain in limbo. And who are the holders of these bonds? Many of them are Retirement Fund Administrators, or Afores, as they are known, firms that invest the money that Mexicans save for their retirement and who have the mandate to invest in high-quality, low-risk and long-term instruments. term, as these two debt issues were considered to have suddenly found themselves in difficulties in paying interest.

The downgrade of these two bonds by S&P Global has already hit the savings of Mexicans, says Luis Gonzali, debt and macroeconomics strategist at Franklin Templeton in Mexico City. In just one day, one of these bonds lost 37% of its value, which translates into losses of Mexican savings.

“It is a matter of hitting the saver out of political will, it is not a matter of lack of money,” says Gonzali, arguing that the Government has the ability to enforce its obligations, which would have prevented savers from being affected. “At the end of the day this affects the saver, this disability is going to hit him,” he says.

According to data from the National Commission of the Retirement Savings System (Consar), some 19,000 million pesos from the retirement savings system are exposed to emissions from prisons. In an internal document, Consar assures that the Afores have already held conversations with the companies that issue these two bonds about the paralysis in which they are with the Federal Government. “The position of the Afore and Contra is that the managers absorb the removal so as not to affect the savings of the workers,” says the document.

Gonzali recalls that before López Obrador took power in December 2018, he announced the cancellation of the construction of the New Mexico City Airport, a public-private project that was also securitized, that is, it was backed by debt bonds. that were listed on the international market. This brought a lot of visibility to the negotiation with the bondholders that the Federal Government had to compensate to get them to sell their positions.

In addition, the state production company, Petróleos Mexicanos, registers debts with its contractors that today reach millions of dollars, according to a count by the Bloomberg agency. “Yes, Pemex is help from suppliers to finance itself, but at the levels we are reaching right now it is already a matter of austerity,” says Gonzali, “there have also been lags before, but not at these levels.”

S&P Global estimated that there is a 50% probability that the ratings of both bonds will be further downgraded, which would mean a second handicap for Mexican savers, “due to a potential event of default on their financial obligations in the next six months if availability payments are not regularized and, consequently, the cash flows within the Trust and the operation and maintenance reserves are fully depleted, which would affect the operation of the penitentiary centers ”.