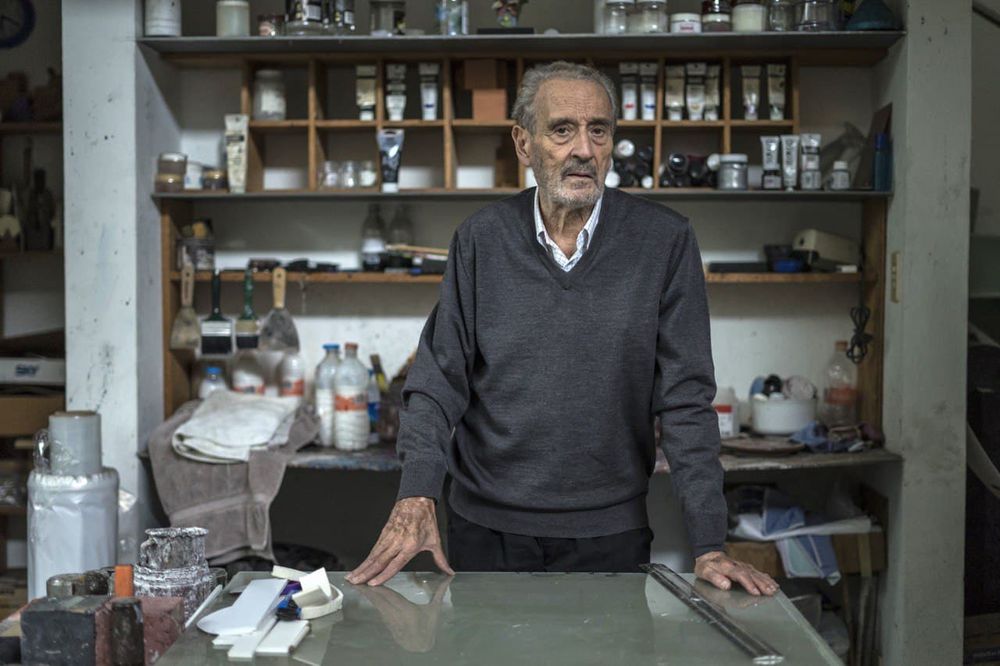 The artist Vicente Rojo has died this Wednesday afternoon in Mexico City, as confirmed by his wife, the poet Bárbara Jacobs to this newspaper. Rojo (Barcelona, ​​1932) was one of the pillars of Mexican graphics at the end of the 20th century and one of the most fruitful creators of a generation of artists who subjected various disciplines to a dialogue that shaped Mexican visual arts. The artist had turned 89 years old this Monday. In one of the most recent tributes that the Government paid him, through the Ministry of Finance, the painter and editor said: “All I have done has been to help me for life, to help me for my life, for my way of living. . I suppose that at my age death can be around, but it doesn’t worry me ”.

Vicente Rojo was born in Barcelona in 1932. His father Francisco, a member of the Socialist Party, began the journey in 1939 from Bordeaux to the port of Veracruz on the ship Ipanema, a steamer that carried 994 other Spanish refugees in its belly. The man was the nephew of Republican General Vicente Rojo, the last chief of the Republican Army General Staff and who organized the defense of Madrid against Franco’s troops. This is how Francisco’s eldest son was named, who at the age of seven at the time stayed with his mother in the Catalan city and was reunited with his father in Mexico a decade later. “I met him when I was 17 years old, but during all that time my mother had the ability to make him always present in the house. My mother would tell us about him, we would read the censored letters that arrived together or I would send him small drawings in the correspondence, “the artist said in 2019 in one of his last interviews with EL PAÍS. That year Rojo prepared an exhibition on the journey that family history began on this continent. Upon his arrival on the continent, Vicente was reunited with his father, a union that he described as “luminous freedom.”

Rojo was 17 when he arrived in Mexico. Without having much idea of ​​the country that welcomed him, he confessed to Elena Poniatowska that when he arrived he felt that this was his country. The wonderful light and the gentle treatment of the Mexicans had conquered him. He settled with his family in the Narvarte neighborhood, a central middle-class neighborhood in Mexico City, which was already experiencing a powerful economic boom in those years. Red was struck by the public life of painters. “They thought about everything: politics, history, education, sports,” he confessed to the author of Very tiniest.

Rojo searched among his acquaintances for someone to act as a teacher. He found it in Miguel Prieto, who introduced it in the first lessons on graphic design. Over the years this was to be one of Rojo’s definitive traces in Mexican culture thanks to the design of two influential newspapers, The Day Y One plus one. The publishing industry also changed thanks to his company, ERA, a label that he founded with his friends, the Neus brothers, Jordi and Quico Espresate and José Azorín, all of them Spanish exiles like him.

His formal education was six years at La Esmeralda, the important school of Mexican art.

HS Visio | If you do the test drive correctly, you will find out in a couple of hours whether the car is really worth buying. HS Visio jumped aboard when Mikko Kilkki drove his 90th euro test drive in Mersu.

Terror by jihadists: almost 140 dead in new attacks on villages in western Niger