The arming of the candidate Victoria Tolosa Paz, the political return of Martín Guzmán and more spicy in the internal opposition 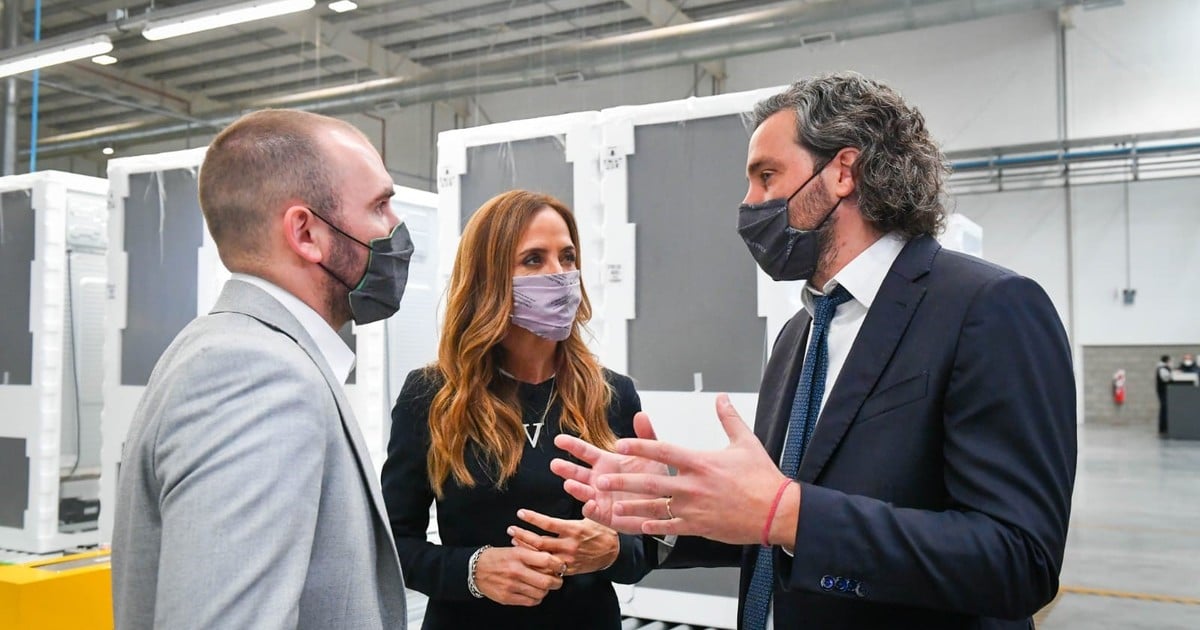 Victoria Tolosa Paz arrives at a television program where she deploys her arsenal in defense of the national government and the “unity” of the Frente de Todos. She arrives alone, sits down and prepares to face the debate on the different problems that Alberto Ángel Fernández’s administration still faces, from the VIP vaccination to the social visits to Olivos in the midst of a pandemic. Leave the phone aside, the one that receives an unstoppable chain of Telegram chats, the preferred messaging application of Cristina Kirchner and of many in Peronism. But Tolosa Paz is not alone: ​​behind it, not only the campaign team that set up the Frente de Todos in “Complex C” -peronist bunker used in the last presidential campaign, located in Chacarita, under the command of publicist Nacho Saavedra- but that of her husband, the multi-businessman Enrique Albistur. “Pepe” made available to his wife (still today ad honorem councilor of La Plata) a complete communication team, which ranges from several people managing social networks, a photography team and a camera that makes an audiovisual record of all your movements to make your own narrative of his weeks, in a filming style that goes hand in hand with the cinematographic. To that we must add a reinforced press team. All this works in the historic offices of Albistur, located in Córdoba and Pellegrini, where the businessman boasts of having carried out five Peronist presidential campaigns from there.

In the Tolosa Paz environment they deny that they are training her, in a coaching style widely used in Juntos por el Cambio: “Victoria is a CNS, a non-coucheable subject”, says one of its main collaborators. Electoral promises …

Alberto Fernández, in Merlo, in an act with a campaign tone and seconded by Victoria Tolosa Paz and Axel Kicillof. Presidency photo

In one of the tours of Tolosa Paz, Minister Martín Guzmán appeared, surprisingly. It was last Monday, when the Chief of Staff, Santiago Cafiero, announced the “Now 12 expanded” plan in the Cañuelas industrial park, surrounded by businessmen and local candidates. Guzmán talked for a long time with the Buenos Aires candidate and Cafiero but he even dared to photograph himself with the FdT applicants in the area. A) Yes, the head of Economy. he left the “political freezer” and showed the cards: he will make campaign movements together with the candidates and promised Alberto and the Chief of Staff that there will be one economic announcement per week, to collaborate with the electoral performance of the ruling front. Will it be the “much promised” economic recovery? Ommmm …

Martín Guzmán with Santiago Cafiero and Tolosa Paz in Cañuelas

They say I’m not boring

Meanwhile in the opposition camp, the most moved was the meeting of the national board of Together for Change after the Morales-Carrió-Manes-Larreta fight.

Who tried to put cold cloths was Alfredo Cornejo from Mendoza, who managed to deactivate the “Coexistence Manual”, which several radicals degraded with risque words that we will not reproduce here … But fundamentally because the first point proclaimed “Do not lie”, what those of the UCR considered a victory for Elisa Carrió over the radical neuroscientist. Therefore, a triple tweet came out from Negri, Naidenoff and Cornejo, with the intention of another bellicose – Governor Gerardo Morales. calm down. It will be seen how long the pax lasts … But where there was no peace pipe was in the campaign of Facundo Manes because someone got out of the fight. As reported in this column, the publicist Ramiro Agulla was going to collaborate with the doctor from Salto, with his experience of a thousand electoral battles. But finally, the original publicist said “enough for me” and ran from the electoral experience of 2021. Anyway, Manes did not stop the ball and this Wednesday, he said that “the opposition cannot say that nothing happened here from 2015 to 2019”, in a shot for elevation to macrismo. In the Buenos Aires headquarters of Uspallata they exploded: “That I ask Joaquín de la Torre or Emilio Monzó, who were part of the government”. Calm radicals …

The campaign is suitable for many situations, from complicated to smiling. One of this last item occurred in Lomas de Zamora, during the landing of the pre-candidate of Together for Change Diego Santilli.

On an avenue in that southern suburban district, Horacio Rodríguez Larreta’s henchman saw a sign: “Santilli Inmobiliaria!“. He stopped there before the laughter of his companions. But the astonishment was great when the owner of the premises came out and began to embrace the head of the Buenos Aires list. What a surprise and a half from Buenos Aires!

Mountune Ford Focus ST is the RS we never got