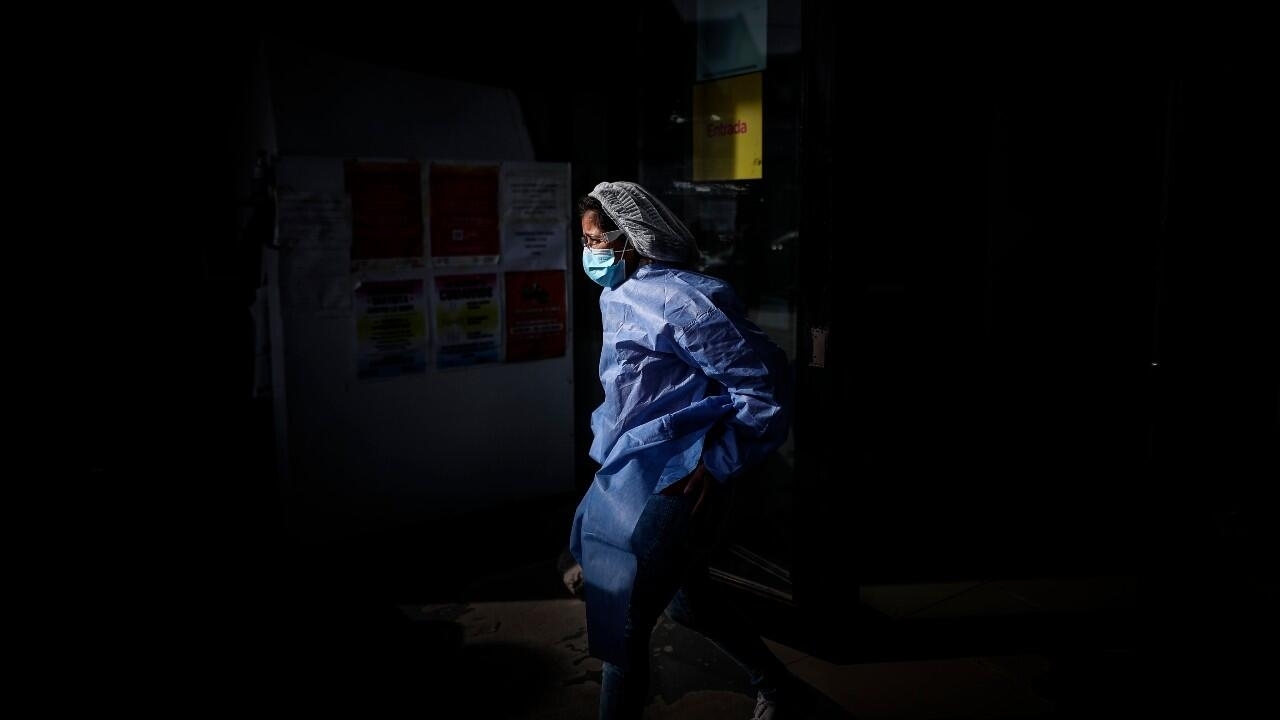 Argentina continues to be among the countries with the highest number of Covid-19 cases and deaths per million inhabitants in the world, despite the fact that the vaccination campaign was accelerated and the country’s health system never collapsed. In addition, the fear of the Delta variant of coronavirus triggered new entry restrictions to Argentina.

About 500 deaths per day bring Argentina closer to the 100,000 deaths from Covid-19 since the start of the pandemic. Almost 4.5 million inhabitants have already contracted the virus, about 10% of the population. The country’s Health Minister, Carla Vizzotti, does not deny the diagnosis. “We always analyze this situation and Argentina has a significant number of cases, a significant number of deaths,” he told France 24 in Spanish in the framework of a meeting with foreign correspondents.

But he assured that in this second wave, of greater impact than the first, the country’s health system “was always able to respond.” “The number of beds, the number of respirators, has doubled globally, and in some places even tripled,” he said. “But above all (the country) has a health team, health personnel who have given an immense response,” he added.

“That is something that we have not valued enough in Argentina yet and we will surely value it with the perspective of time.” And now, he said, there is beginning to be some hope: there is a decrease in the tension on the health system, with a reduction in the occupation of intensive care beds. In fact, the minister hopes that in a couple of weeks the daily number of deaths will begin to decline.

Now, beyond the fact that Argentina may be descending from the crest of the second wave, why was this stage of the pandemic so hard? On the one hand, according to the head of Government Health, the country “is very extensive”, “it has large urban agglomerates, which have a difficult social and economic situation.” In addition, Vizzotti assured that his Executive had difficulties to advance in political agreements with other groups “so that the entire political arc can also stimulate care.”

And that Argentina has a very accurate record of cases and deaths from Covid-19, something that does not necessarily happen in other countries. For example, even if a person died from another cause while infected with coronavirus, the death is recorded as Covid-19.

Vizzotti: “No one ever thought that with vaccines there would be no cases”

In order to contain the virus, it is key, beyond any other measure, that vaccination advances. In this, Argentina started with some slowness: shipments were not fulfilled in the quantities promised with the suppliers, especially with AstraZeneca, which delayed dispatching the first batches, still manufacturing its vaccine in the country. Argentina also had problems with the producer of the Russian vaccine Sputnik V, which, due to problems in the production scale, did not deliver the doses when planned in the expected quantities.

A few weeks ago, the deliveries of these two suppliers, in addition to Sinopharm, finally accelerated, and the country agreed to more purchases, while moving forward with other potential manufacturers. Until this Thursday, 26,847,730 doses had arrived in Argentina and 20,907,721 million had been applied (about 16.8 million first doses and 4 million second ones).

In the meeting with correspondents, the minister reported that 83% of those over 50 had received a first dose, a figure that rose to 90% among those over 60; and that almost 40% of those over 70 had already completed the vaccination schedule.

We continue to advance with the Strategic Vaccination Plan.


According to a study by the Ministry of Health, based on specific vaccination data, and of which only a press release has been released for now, the effectiveness in preventing mortality in those over 60 years of age is 74% with a dose of Sputnik V ( 93.3% with two doses), 79.5% with one dose of AstraZeneca (88.8% with two) and 61.6% with one dose of Sinopharm (84% with two).

One of the problems Argentina faces is the delay in the arrival of second doses of Sputnik V, since they are different from component one. That is why it is evaluating the possibility of combining vaccines from different suppliers, something that is being tested in other parts of the world. The Ministry announced that a study will be carried out this week to determine the efficacy, immunogenicity and safety of combining the different vaccines available in the country.

Meanwhile, Argentina continues to seek to close agreements with other suppliers, such as the Pfizer and Johnson and Johnson laboratories, to access its vaccines. In these two specific cases, the companies demand a modification in Argentine legislation, especially with regard to protections related to liability for possible effects of vaccines. “We are seeing if we can reach an agreement,” said the minister. “We are at a time of definitions, which depends on the legal framework.”

In the conversation, Vizzotti took the opportunity to recall that, even with a sufficient number of doses for the entire population, the virus cannot be expected to disappear. “No one who knows about epidemiology and vaccines ever thought that with vaccines there would be no cases.”

That is why the Government insists on precautionary measures, especially given the fear that the Delta variant of the virus, which is especially contagious, will begin to circulate in the country. Until mid-June, the genomic surveillance system of the Ministry of Health had detected three cases of people who arrived in the country with the Delta, who were isolated.

To try to contain, or at least delay, the entry of this variant into the country, the Government decided to reduce from this week the number of Argentine passengers and residents in Argentina who want to return by air: they went from 2,000 to 600, a restriction which will be in force at least until July 9. Many people who left the country for various reasons complained that they are now stranded by the reduction in the frequency of flights.

“For months people have been notified that they are leaving for tourism,” Vizzotti told France 24. “They are discouraged from traveling to places where there is circulation of the variants, an affidavit is signed knowing that this may vary depending on the epidemiological situation, so that the truth is something that has been warned and they are decisions that each citizen has taken and each citizen “.

Vizzotti assured that the restrictions are also due to the carelessness of passengers who must maintain a quarantine upon arrival: “When the isolation control was carried out, only six out of ten people had complied.”

On the other hand, Argentina is a country with thousands and thousands of kilometers of land borders, in which it is much more difficult to control that there is no circulation. That is why, in short, Vizzotti said that “it is impossible to close the borders”, and that those who ask that no one else enter “do not know the reality of Argentina, the land border it has, the circulation between neighboring cities, where people live. on one side and works on the other. ”

For the minister, it is important not to stop thinking about other serious health problems that continue to affect the population, but that may be being neglected by the pandemic. “We are analyzing it, we had a meeting with the health ministers on this issue,” he told France 24

Among the concerns it has, there is a drop in preventive controls, diagnostic tests and early detection of diseases such as cancer. For example, he said, “colon cancer screenings are down 50%, and breast and cervical cancer by 60%.”

In addition, he added, “in the vaccination coverage of the regular program we have a decrease of more or less 20%, and this, when the trips begin and the movement of people is a situation of great concern.” Other areas to which they are paying special attention and which have been affected are “the testing of pregnant people” and mental health.