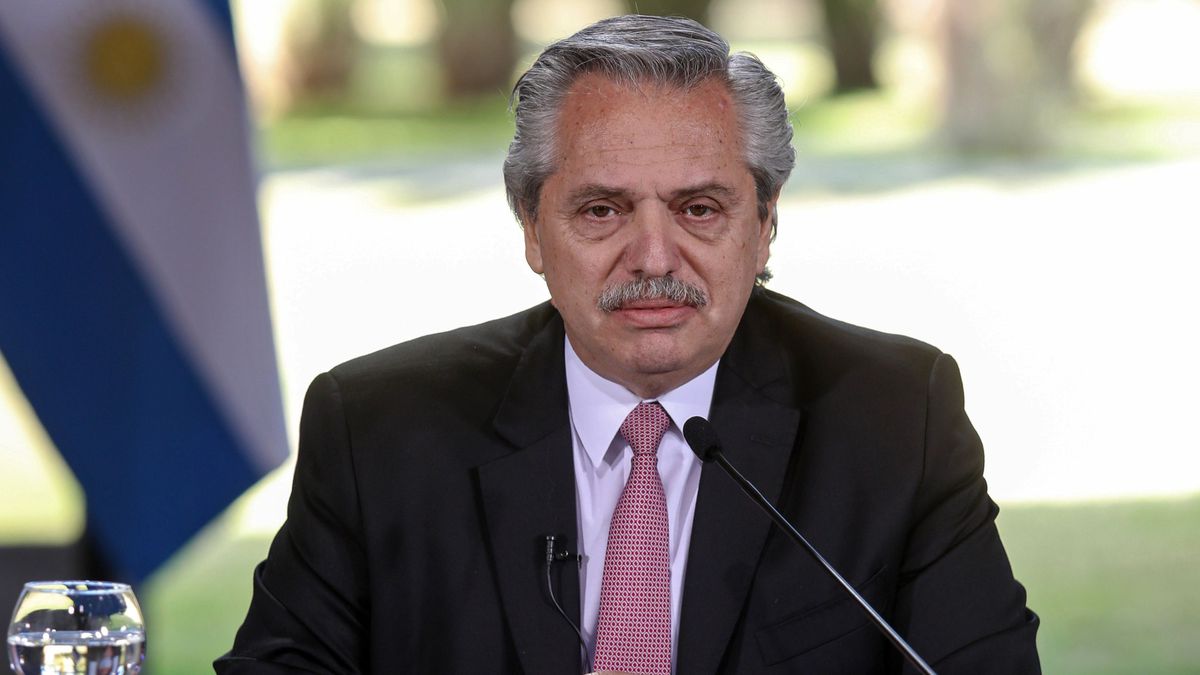 Alberto Fernández suffered a new setback. The Supreme Court of Argentina It decided that the national government could not order the closure of the schools in the Autonomous City of Buenos Aires, despite the health emergency, because this would violate constitutional rights. A ruling in that regard was expected. Less predictable was the furious reaction of the president and his vice president, Cristina Fernández de Kirchner, who accused the Court of coup and “decrepitude.” The war between the Executive Power and the Judiciary reached a critical point.

The former president and current vice president unleashed through her Twitter account. “It is very clear that the coups against the democratic institutions elected by the popular vote, are no longer like in the past,” he said, comparing the Supreme Court ruling with past military coups. “The Supreme Court has just decided, in the midst of a pandemic decreed by the WHO, a health emergency sanctioned by the National Congress and with more than 65,000 deaths in Argentina, that the National Executive Power does not have powers to take health measures,” he added . Then he ironic that to govern the country, rather than winning an election, the best thing was “to appear to compete for a position of judge.”

President Alberto Fernández also did not hold back. “I am a man of law, I respect judicial decisions, but they do not know what grieves me the decrepitude of law turned into a sentence; it is the time that it has touched me and we also have to fight against that ”. And he assured that he would continue to “take care of the health of Argentines and Argentine women, no matter how much they write many sentence sheets.”

Today, the Court has just decided, in the midst of a pandemic decreed by the WHO, a health emergency sanctioned by the National Congress and with more than 65,000 deaths in Argentina, that the National Executive Power does not have the powers to take health measures.

The ruling party was deeply hurt by its judicial defeat against the head of government of Buenos Aires, the macrista Horacio Rodríguez Larreta, who chose to keep the schools in his constituency open after the Casa Rosada issued, on April 14, a National Decree of Urgency in which a curfew was established from 20 hours and the closure of educational establishments was ordered. Alberto Fernández wanted to stop the vertiginous increase in infections in the Buenos Aires metropolitan area. Larreta argued that it had not been proven that the schools were a pandemic focus and that, ultimately, the decision was up to him, due to the autonomy that the 1994 constitutional reform had conferred on the country’s capital.

Four of the five members of the Supreme Court (there was one abstention) agreed that the city of Buenos Aires enjoyed federal rights similar to those of the provinces (the matter has been under discussion since 1994) and that the ruling should establish jurisprudence for the future . They criticized the drafting of the National Emergency Decree, already decayed and replaced by another, and did not consider valid the government argument that the city and the province of Buenos Aires should march at the same pace because the territory they share, the so-called Metropolitan Area of ​​Buenos Aires Aires (AMBA), was the main source of infections in the country. According to the Supreme Court, the AMBA is an administrative entity without an institutional entity, therefore capital rights prevail.

The province of Buenos Aires is the great bastion of Kirchnerist Peronism and its governor, Axel Kicillof, very close to the vice president, was the one who most pressured Alberto Fernández to close schools across the country. He needed to stop the pandemic wave and he preferred that the Casa Rosada be the one to bear the political costs. In reality, Cristina Fernández de Kirchner and Axel Kicillof have become a factual power capable of imposing decisions on the president, or annulling them, as was demonstrated a few days ago when Alberto Fernández ordered the removal of the Undersecretary of Energy and the Cristina-Axel duo, on the contrary, he ordered the undersecretary to remain in his post. The undersecretary, Federico Basualdo, is still in his office.

The Supreme Court ruling and the subsequent reaction of the president and vice president increased the intensity of the conflict between the executive power and the judiciary. The multiple cases opened against Cristina Fernández de Kirchner for various alleged crimes, including corruption and illicit enrichment, are at the origin of a crisis that erodes the institutional structure of the country. It was significant that, despite the extremely serious economic situation in Argentina, that of justice was the first major reform undertaken by the Peronist administration.

The head of government of the Autonomous City of Buenos Aires, Horacio Rodríguez Larreta, had already scored the political success of raising the banner of education by disobeying Fernández’s decree. The Supreme Court ruling strengthens him as the leading figure in the opposition and as a likely candidate for the 2023 presidential elections.