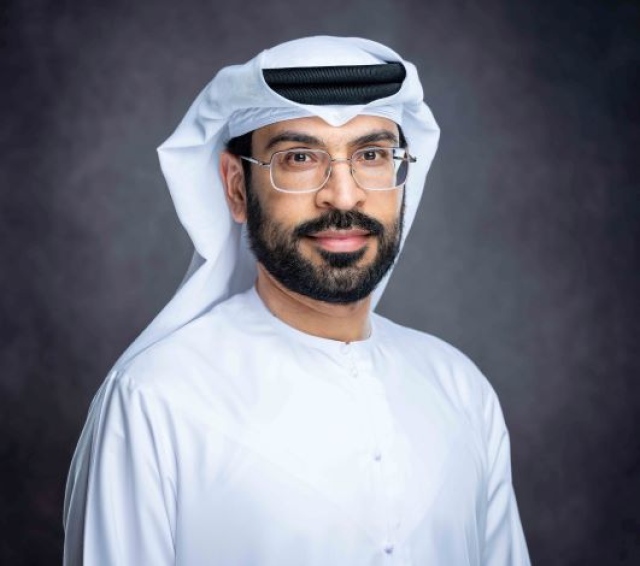 The Dubai Press Club, in its capacity as a representative of the General Secretariat of the Arab Journalism Award, announced the start of receiving works wishing to compete to access the honoring platform for its various categories, which cover all forms of journalistic work, as part of the award’s 20th session, in continuation of the process of celebrating excellence in the world of Arab journalism that has continued Over the past 20 years, during which the award has established its position as the most important forum in the region to stimulate creativity in all types of journalistic writing and honor the pioneers and those who have distinguished contributions in the court of Her Majesty.

The club confirmed that the door to receiving entries and nominations of press institutions within the various categories of the award will be closed on the sixth of June 2021, in preparation for the start of the initial screening processes that will start immediately after the cessation of receiving entries, and then continuing all the arbitration procedures in its various stages successively until the selection of three candidates For each category, prior to announcing the winners at the award ceremony scheduled to be held next September.

The General Secretariat of the Arab Journalism Award invited those wishing to participate or nominate themselves to submit their applications via the award’s website https://dpc.org.ae/ar/AJA/Home, as the General Secretariat welcomes all entries submitted by Arab journalism institutions and independent Arab journalists from various Throughout the region and the world, provided they comply with the general standards and rules announced for the eleven categories of the award, which can be viewed in detail through the website, while the “Press Column” and “Media Personality of the Year” awards are granted by a decision of the award’s board of directors.

The Deputy Director of the Arab Journalism Award, Jassem Al-Shamsi, said: “The award continues its mission for which it was launched two full decades ago under the directives of His Highness Sheikh Mohammed bin Rashid Al Maktoum, Vice President and Prime Minister of the UAE and Ruler of Dubai, to be a driving force in the direction of stimulating creative energies and honoring their owners. Distinguished pens and creative thought, believing in the role of the pen and the word in building societies and enabling their members to confront all challenges and overcome them with a flurry of hope and certainty in the ability of man to continue his path in life, anticipating a better tomorrow, as well as the role of the press in spreading awareness and taking societies into the future.

Al-Shamsi explained that the award continues its work in an exemplary manner despite the great challenges posed by the (Covid-19) pandemic to the region and the world at large, creating an unprecedented situation in which many practices, standards and concepts have changed in various fields, including the media field, but the award has remained constant in its approach. And preserving its mission in honoring excellence in the journalistic field, especially since this message has increased its importance in these exceptional times that require more effort and creativity from the press to be supportive of society by raising its level of awareness of the duties that it must perform that enables it to cross this stage with all that it bears. Challenges, and inspiring optimism and hope for a better tomorrow.

He added: “The world has alerted, in light of the current situation, to the value of the transition to the digital environment, which is something that the UAE has realized and that the Emirate of Dubai took the initiative to transform into a tangible achievement years ago, so that its infrastructure needed to fully move to the digital environment and then the smart environment was completed.” The Arab Journalism Award was »Hastened to follow the same approach, and turned for years to receive the participations electronically, instead of the hard copies that were used to receive them in the past by the participants, as the strong technical infrastructure in Dubai made it possible to achieve this goal easily and easily, while the Dubai Club continued The press also has all its activities over the past months in a manner closer to normal through “remote communication” techniques, which would not have been possible without the integration and robustness of the digital infrastructure established by the emirate long ago. ”

Al-Shamsi stressed the preservation of the award’s technical and professional standards that must be met in the works submitted or nominated to participate in its twentieth session, stressing that the prestige the award has attained and the great confidence it enjoys in the Arab journalistic community is the fruit of the clear approach that the award has adhered to since its first round. It is fully committed to applying the principles of objectivity, impartiality, integrity and complete transparency as a basic guarantee to preserve the prestige of the award and its bright reputation, which is reflected in the increase in the number of participants year after year as a result of the appreciation and reverence of the Arab journalistic community for the award and the value it represents as the most prominent forum to celebrate journalistic excellence in the Arab region, in addition to what it seeks. The award is to motivate the presentation of a useful media message to society, helping it to advance, progress and prosperity.

Jassim Al-Shamsi paid a greeting of pride and appreciation on behalf of the General Secretariat of the Arab Press Award to its Board of Directors for the efforts made by the Council since assuming its duties in its current formation.

The General Secretariat of the Arab Journalism Award continues to work to enhance the high position the award has attained among the most important journalistic honoring platforms in the world, and in light of the main objectives on which the award was founded since its launch in 1999 thanks to the professional method in which the arbitration processes are carried out according to a group The precise professional standards that gave the award the confidence and respect of those working in the field of journalism in the various parts of the Arab region, as well as the Arab press institutions operating from outside the region as the most important forum for celebrating the owners of creative thought and creative production in the field of Arab journalism.

He set his partner on fire and forced her to sleep with him: the woman died after dying 6 days