The anti-horoscope: the stars seven days later (by Roberto Corradi) 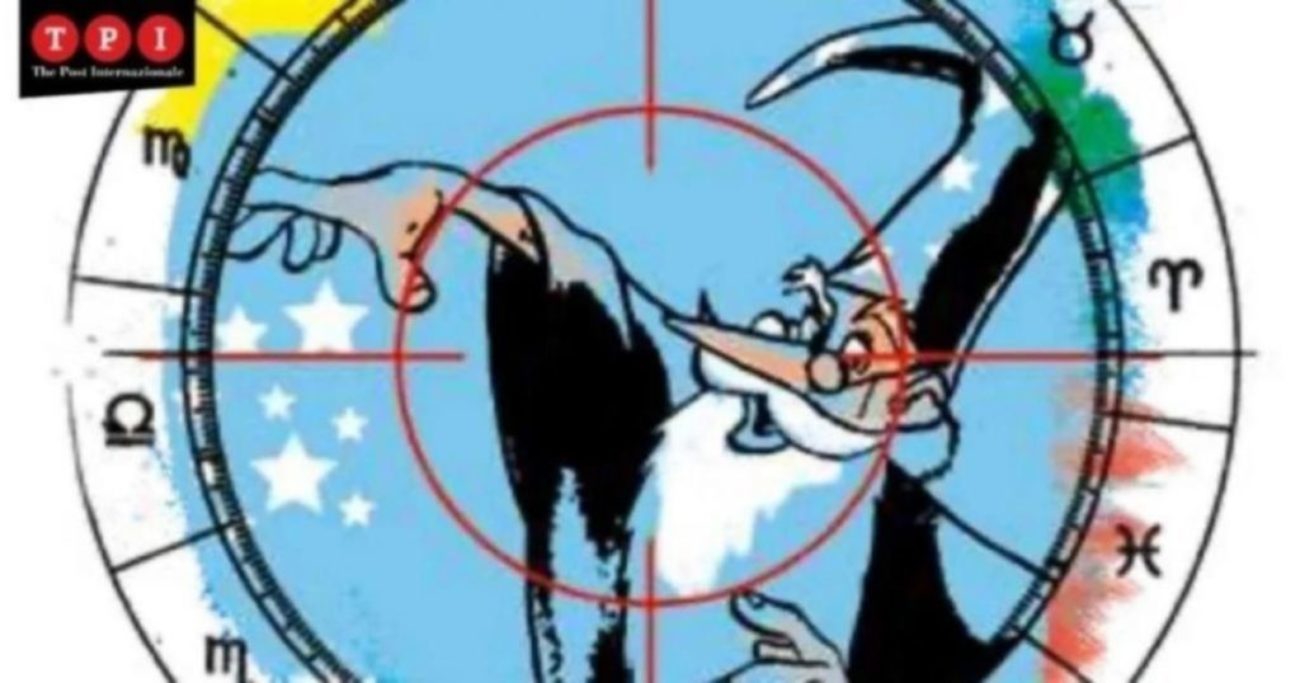 In this issue we will verify the prophecies of Paolo Fox:

“The time has finally come to start thinking about new projects and to create something innovative. The next year will give space to an important renewal. “ And indeed Serena Grandi, March 23, 1958, after a long meditation, announces that she has decided to want to become a nun.

“With the new year he will have to avoid gambling and could close useless or superfluous relationships. “ And indeed an airline offers $ 35 million a George Clooney for a one-day commercial. But he refuses because the company belongs to a country that the actor considers questionable.

“This is one of the signs that in moments of great difficulty he can find the way to success. 2021 is about progress in all areas of his life“. And indeed Patrick Zaki, June 16, 1991, is released from prison after 22 months of imprisonment in Egypt.

“For this sign, confirmation is coming by the summer: to leave again with more hope. ” And instead Angela Merkel, July 17, 1954, December 8, 2021, he leaves his office as German Chancellor with a mega-party based on punk music with a piece by Nina Hagen.

“Better not to take risky steps, 2021 is a year of conservation; no to competition and pharaonic projects. The invitation is to downsize everything and to demonstrate firmness. “ And indeed Sergio Mattarella, 23/7/1941, announces that at the end of his seven-year term he will not be re-nominated.

“The meetings next year will turn out to be very interesting. There are those who will be able to take the plunge. Well Pluto and Venus. It will have to continue the path already traced in the last months of 2020. ” And indeed on February 13 Mario Draghi, 3 September 1947, becomes prime minister.

“Important emotions. An interregnum period is ending in which it was necessary to change duties, roles, schedules. 2021 brings stability, confirmation and determination. ” And indeed Silvio Berlusconi, September 29, 1936, continues to trust in friends to be elected President of the Republic.

See also  The unexpected comeback of the Ford Sierra Cosworth

“These stars will awaken dormant emotions. In 2021 those born under this sign will develop a strong rebellion that will be administered with great care. ” And instead Joe Biden, 11/20/1942, errs in reading the hunchback a few days after having produced a mega fart in the face of the Royals of England.

“Many projects that have been blocked in recent months will restart and there will be new possibilities. Creativity is back! “ And indeed for Britney Spears, December 2, 1981, as a result of a sentence, the legal protection that the father exercised over the pop star for thirteen years ends.

“In 2021 they will have to be wiser than expected. The years of crisis also serve to develop a profound awareness of oneself: there will be affirmations and consents, important projects. “ And indeed Adriano Celentano, January 6, 1938, announces a new album with Mina and a new Rai show.

See also  Hyundai i20 N, much more than a small sports car: the proof

“A revolutionary sign! The desire to change life is strong and comes the need to find a new lifestyle. “ And instead the news is circulating that the reporter Enrico Varriale, 22/1/1960, is sent to trial with immediate rite for injuries and stalking against the former partner.

“Fertile period thanks to the influence of Jupiter. A two-year period of great strength begins, with satisfactions. 2021 is the year of throw-in. ” And instead the League of Matteo Salvini, 9/3/1973, after the electoral round, for the polls slips to 17.6% of the consensus behind both the Democratic Party and the Brothers of Italy.

Releases of Netflix, HBO Max, Amazon and Disney + in January that may interest you if you like video games

Sakurai considers that she has already “fulfilled” Iwata’s wishes.

TopGear Magazine 198 is out!