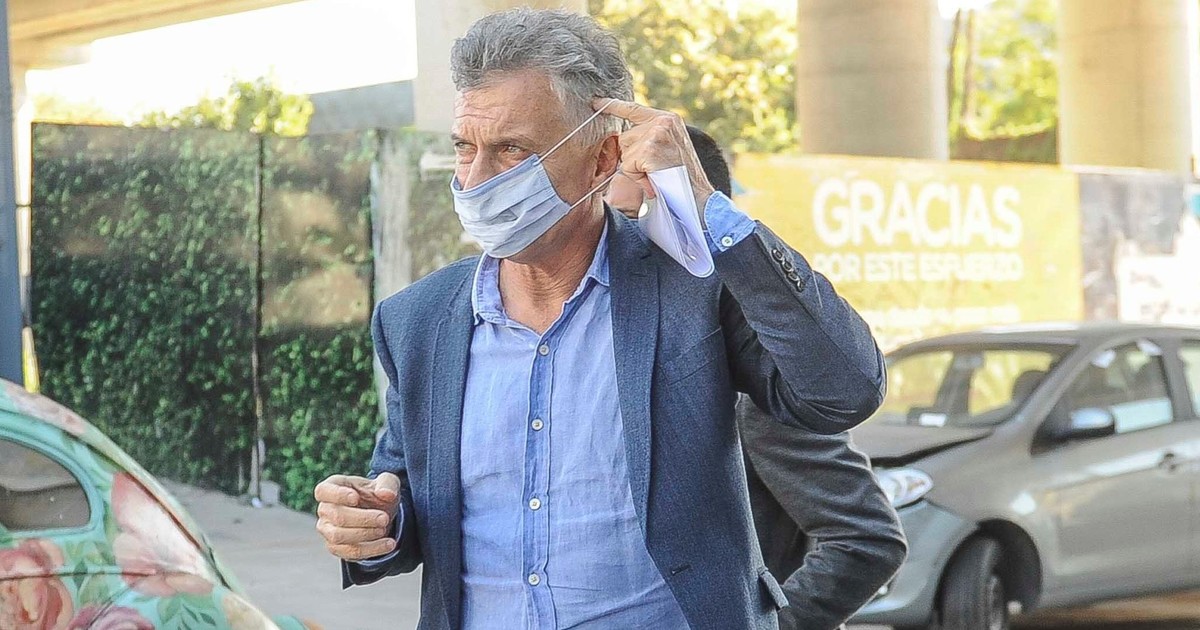 The Anti-Corruption Office denounced former President Mauricio Macri on Thursday for alleged illicit enrichment as a result of maneuvers with alleged millionaire transfers of “spurious money” to the Blind Administration Trust created when he assumed office.

According to the presentation made by the OA, the maneuvers were made with operations of shares of the firm Agro G SA that “allowed the Blind Administration Trust to acquire $ 54,286,824 between 2017 and 2020, a sum that on 02/20/20 at the end of the trust agreement, it was reinstated to Mauricio Macri “.

The complaint was handled by a draw by Judge María Servini, according to judicial sources.

Servini is the same judge who intervenes in the extradition request of Fabian “Pepín” Rodríguez Simón, the former adviser to Macri investigated after a complaint by Cristóbal López and Fabián de Sousa who accuse him of pressuring him to sell the company.

Simón asked to be a refugee in Uruguay after denouncing a persecution of López and De Sousa in complicity with Servini.

In April, the General Inspection of Justice (IGJ) requested that the “Blind Administration Trust Agreement” for Macri’s assets, which the former president signed on April 12, 2016, described a series of irregularities and referred a copy of the resolution that prompts “the judicial action for annulment” to the OA.

Now, the body in charge of Felix Crous advanced in a presentation against the former president for alleged enrichment based on millionaire transfers.

Félix Crous is the head of the Anti-Corruption Office.

“It corresponds to Mauricio Macri the transfer of at least $ 5,064,938 from a criminal offense, with which he acquired the ownership of 5,064,938 preferred shares of the firm Agro G SA, which would have materialized between 02 / 09/13 and 04/12/16, with the dual purpose of giving the appearance of legality to the invested spurious money, and that it generates future dividends that are also apparently legal, “adds the OA complaint.

The brief argues that former President Macri would have “maliciously” omitted declare “its real shareholding in said company in the Affidavit of Assets corresponding to the year 2015, presented before this Anti-Corruption Office”.

“This being the case, it is clear that the clandestine conduct of Agropecuaria del Guayquiraró SA and malicious conduct of Mauricio Macri, have had as their ultimate purpose at the same time as concealing that the acquisition of the 5,064,938 preferred shares by the latter were consummated with spurious money, to externalize them to give it a legal appearance, “the complaint states.

The former president “earned $ 54,286,824, resulting in the only partner of Agro G SA that withdrew dividends in the last 10 years, while the rest of the shareholders agreed to such a situation that occurred both when the results of the annual exercises yielded profits, as when they represented losses, “added the text.

“The clandestine maneuvers of Agro GSA were deployed in order to hide Mauricio Macri’s ownership of the 5,064,938 preferred shares, and that the aforementioned was a partially hidden partner, insofar as he was only advertising and complying with legal obligations regarding a part of its shareholding, “he concluded.

The Macri family managed one of the largest fortunes in the country thanks to the conglomerate of companies that Franco, the father of the president, set up, with the Socma company at the head.