The anguish of the relatives of the disappeared increases in Miami: “The pain is too much” 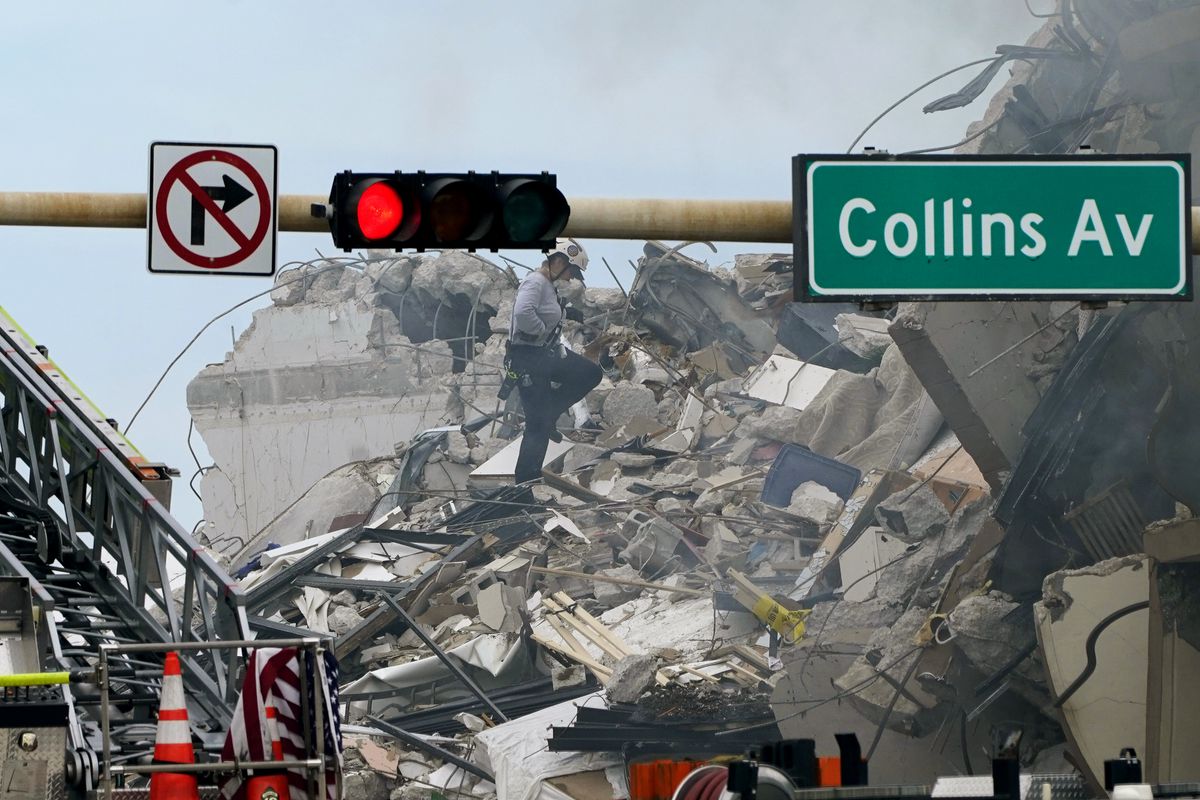 At the end of this Thursday, the anguish of the relatives of the 99 disappeared from the partial collapse of a building in Surfase, a street in Miami Beach (Florida) finds no consolation. Dozens are waiting in a building near the scene of the event for news about the whereabouts of their family. They have not arrived yet. Authorities have not revealed the identities of those affected by the tragedy that has left at least one dead and a dozen injured, but several are known to be Jewish and Latino. Rabbi Sholom Lipskar, one of the organizers of the family reunification center, claims that several members of his synagogue are untraceable. “I am here to listen [a los familiares], I can’t tell you much. The pain is too great and the plot too complex, “he says at the Surfside Community Center, the epicenter of uncertainty.

The residents of the town of Surfside, with a population of 5,800, are dumbfounded. They have their eyes fixed on the cranes and tractors trying to remove the rubble from the 55 homes that collapsed around two in the morning in the 12-story residential building built in 1981. After the thunderous noise of what they have described as something similar to “an earthquake” or “the impact of a missile”, at night it is all silence. Only the sirens of the police and fire engines are heard, and the murmur of those who gather without being very clear why to observe the work of the rescuers under heavy rain.

Herlan, a 47-year-old financier, says that what happened to those families could have happened to anyone present. “These are middle class people, maybe upper middle class, but because they have earned it by working,” he points out about Surfase’s neighbors. The Cuban is about to close the purchase of a flat on the coast. “But now I got scared,” he acknowledges, although he emphasizes that the island’s terrain where the event occurred is more prone to soil erosion than mainland Miami.

There is still no official cause for the partial collapse of the building. Local authorities reported that structural engineers, as well as the city of Surfside and the fire department, will participate in the investigation into the collapse – which may take months. “It’s hard to imagine how this could have happened,” said Surfside Mayor Charles Burkett, “buildings don’t just fall apart.” He also clarified that, in his opinion, the absolute collapse of the northeast wing of the neighboring building that there will not be “as much success” as they hoped in “finding people alive.”

About 20 Jews were also among those missing, including some with Israeli citizenship, he told USA TODAY Maor Elbaz-Starinsky, Israeli Consul General in Miami. Near the collapsed building there are several synagogues and many of their members have gone to the family reunification center on Thursday. They arrived with kosher food, clothing, and blankets to paddle the wait. Not only have they come to the Surfside Community Center. According to Rabbi Sholom Lipskar, “hundreds” of volunteers have passed throughout the day and, until dawn, young people of different nationalities arrived carrying bottles of water, umbrellas and whatever else was needed, asking how they could help. At the request of family members, the press cannot enter the premises.

Another community that has been impacted by the tragedy is the Latino community. There are about 30 missing Latin American citizens. The Colombian Foreign Ministry has reported through Twitter that at least six Colombian citizens resided in the building, but has no record of whether they were in the building at the time of the collapse. The Argentine authorities assure that they have not been able to locate nine people. The representative of Juan Guaidó in the United States, Carlos Vecchio, has reported the disappearance of at least four Venezuelans. Among the people who have not yet been found is Sophia López Moreira, sister of the Paraguayan first lady, Silvana López Moreira, as confirmed by the country’s Ministry of Foreign Affairs on Twitter. In addition, her husband, Luis Pettengill, and four other compatriots are unaccounted for.