The #ALasAulas campaign insisted on being present: ‘It must be the rule’ 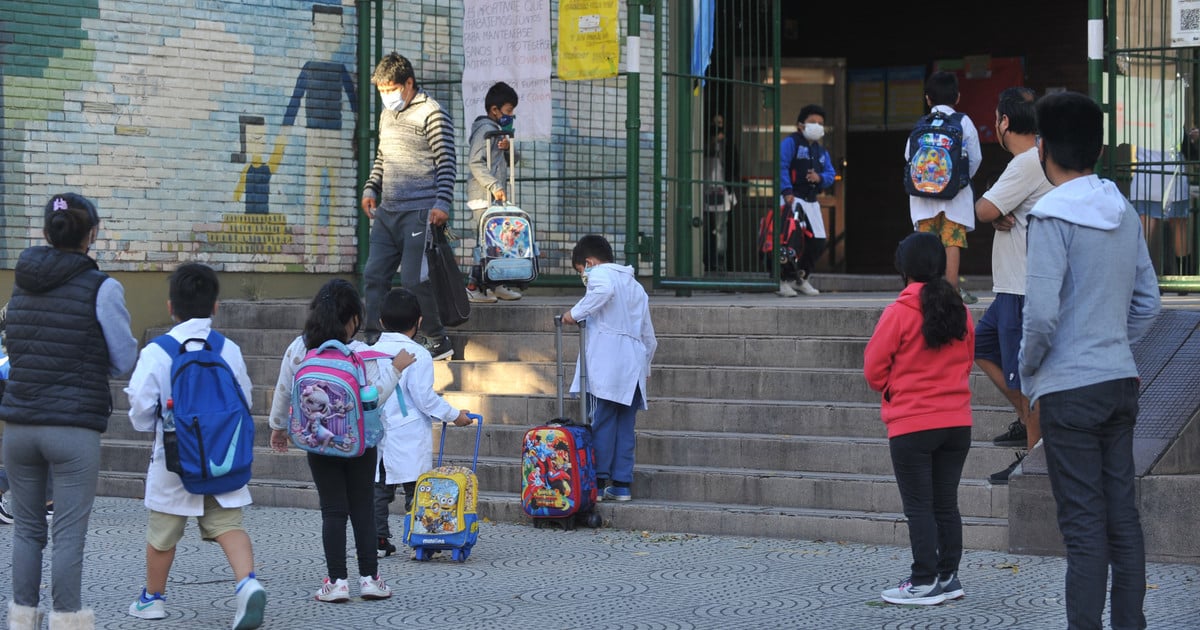 In the midst of the controversy over face-to-face classes between the national government and the City of Buenos Aires, the #ALasAulas campaign insisted that presence “must be a rule”, and called for “renewing consensus” to prioritize the well-being of students.

“Presence has to be the rule and should only be suspended from hard evidence“, summarizes the initiative in a statement released this Wednesday.

The campaign, promoted by 170 civil society organizations and which already has almost 215 thousand signatures of adhesion, requested that education be “keep as a priority” and that officials “renew consensus and establish a clear roadmap and adequate processes to continue with the school cycle.”

In the statement, the group highlighted the work carried out in the Federal Council of Education. “The consensus that face-to-face should be the rule and that schools should be the last to close and the first to open was an achievement that guided the start of the 2021 school year and to which officials and civil society should return,” it can be read in writing.

Anabella Serignese, director of programs at Asociación Conciencia, spoke of an institutional crisis to refer to the controversy of the week: “We are living a institutional crisis which only aggravates an already complicated situation. Boys and girls need adults to agree, to give them security. There should be clear and consistent criteria for decisions. “

For his part, Ignacio Ibarzábal, director of Argentinos por la Educación and another of the campaign’s spokesmen, expressed himself along the same lines: “You have to recover the path of dialogue and consensus. Educational policy has to be defined with political agreements, not in the courts. ”

With this outlook, the leader spoke of “uncertainty” and he summarized that “families and teachers go to sleep without knowing what will happen the next day.”

At the end of the writing, #ALasAulas recalled studies by UNESCO, UNICEF, World Bank, WHO and IDB, in which it is noted that “the suspension of face-to-face classes has as a consequence the increase in inequalities, the loss of learning, the deterioration of the physical and emotional health of the students and fewer future possibilities of employment “.

The dispute between the Nation and the City shook the educational community in recent days, after President Alberto Fernández decreed a two-week closure to deal with the second wave of coronavirus.

The measure, unexpected for the opposition, triggered a strong rejection of the Buenos Aires head of government, Horacio Rodríguez Larreta, who denounced the situation and obtained the endorsement of the Buenos Aires Justice to continue with the classes in the classrooms.

Although a new ruling by the federal Justice insisted with the closure of schools, this Wednesday the classrooms in the City remained open pending the resolution of the Supreme Court of Justice.

On which channel does the 2021 Oscar Awards broadcast LIVE?

The PP demands responsibilities from PSOE, Cs and Podemos after the file of the complaint by South Connection