The alarm sounds on the ruling front, and Cristina Kirchner knows it 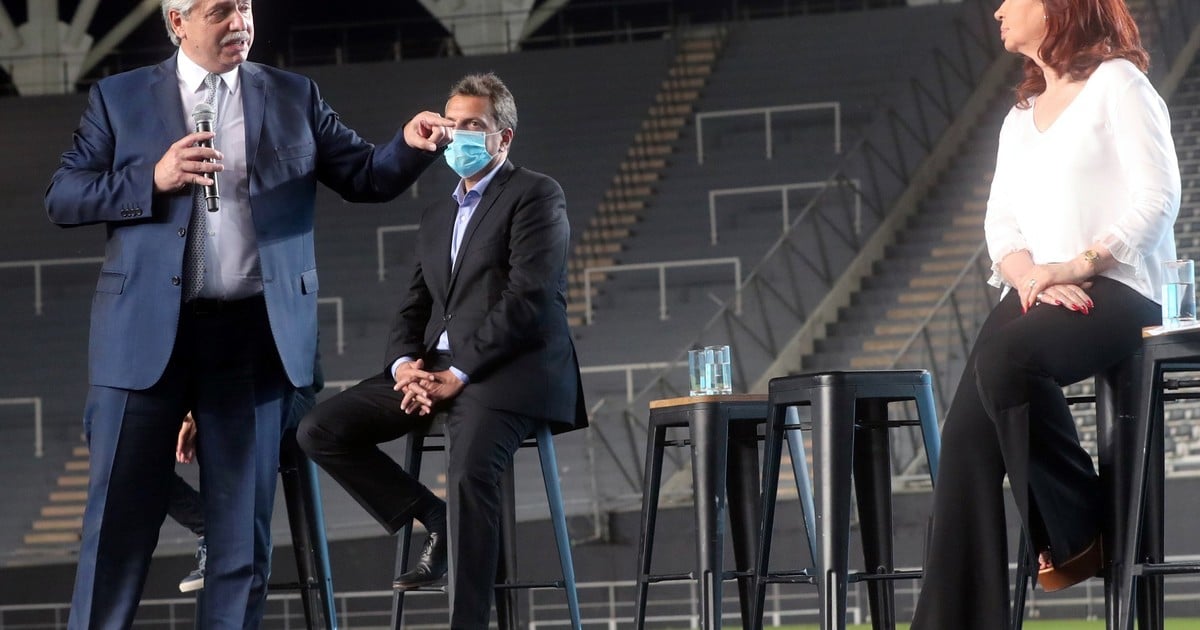 Kirchnerism faces a complex scenario. No relevant member of the front admits it and, on the contrary, they are confident that with the vaccination campaign and a tepid economic reactivation -after hitting the ground- it will be enough to succeed in the legislative elections in November.

The first alarm signal was exposed in a tacit Pact: no chicanas, no public discrepancies or “friendly fire”, at least in the leadership that includes Cristina Kirchner, Alberto Fernández, Sergio Massa, Máximo Kirchner and Axel Kicillof. Below, in second or third lines from time to time a crackling escapes. Like when days ago Hugo Moyano warned two ministers, Claudio Moroni and Matías Kulfas, that before speaking against him think twice, after they warmly questioned the extortive blockades of Truckers against different companies.

The Government is aware that in the world, the pandemic made practically all the officialisms lose elections. The presidential elections to Donald Trump in the United States, to the Peruvian ruling party at the hands of the leftist leader Pedro Castillo; The regionals in France caused a hard defeat to Emmanuel Macron, Jair Bolsonaro in Brazil, Sebastián Piñera in Chile, Manuel López Obrador in Mexico and Pedro Sánchez in Spain, causing the debacle of his partner Podemos. The exception seems to be the Nicaraguan Daniel Ortega, who directly imprisoned opponents to guarantee his re-election in the November elections.

The second signal is evidenced by Cristina herself. His presence in events in the province of Buenos Aires is not due to his blind support for Kicillof, whom he has first on the list of presidential candidates in 2023. It is due to the need to reverse the complex situation in that district, which always embodies the main electoral battle and that is the first piece that, if it falls, causes the domino effect on the rest of the provinces.

In mid-June, the incursion was in La Plata when he made it clear that everything is committed to vaccination and, therefore, he proposed to put aside the health policy of the proselytizing debate. An incongruity of those who campaign with vaccination but do not want to receive criticism.

This week it was the turn of Lomas de Zamora, where the vice brought her Plan Connect from the past – which the current Minister of Education Nicolás Trotta, disarmed – to show something positive to the electorate in education, after being stumbled by the prolonged lack of classes face-to-face. But it was only a distorted memory, which shows that there is not much else to show about Alberto Fernández’s management beyond vaccines. Cristina even sought to attract the under 40 segment of the electorate that is equivalent to 50% of the country’s voters, citing the rags Wos and L-Gant, as if their followers were automatically rushing to enroll in La Cámpora.

Everything is given in front of a panorama, for now dark. In the ruling party, there are numbers that worry the Instituto Patria. It is not an isolated survey but an important follow-up over time. The result is that In the province of Buenos Aires, the Frente de Todos is half a point below Together for Change. Not only that. Florencio Randazzo oscillates between 13 and 14 points and It becomes a kind of black swan of Kirchnerism again. The numbers are also alarming for key electoral sections for Peronism in Buenos Aires territory such as the third, where in 2019 it surpassed Cambiemos by 30 points and today it would not reach two digits of difference.

They know that the one who gets the most votes from the former Interior Minister is Kirchnerism. “We have to go find these voters otherwise we lose”, alerts a Peronist leader. Although nobody knows if that approach will be accepted because with candidates like Luana Volnovich, Fernanda Raverta and Victoria Tolosa Paz, identified by fire with Kirchnerism, it will be difficult to put into practice a moderate profile that recovers the votes that would go with Randazzo, Lavagnismo and part of socialism.

In some way, randazzismo intends to supplant the spirit of the Renovador Front and “the wide avenue of the middle”, because Alberto F. ended up radicalizing his administration early and lost part of the strip of the center that voted for him thinking that it was an overcoming alternative to Cristina. “We have no strategy, only meetings to avoid friction and distribute the candidacies”, admits a legislator K.

If it were for Cristina, Matías Kulfas, Martín Guzmán and Daniel Arroyo should be candidates to national deputies, and thus leave those ministries vacant. In a recent meeting of the vice with Massa and Máximo, it flew over between chicanes and ironies, that the Tigrense should have been the candidate of the Frente de Todos instead of Alberto F. In any case, an anecdote that does little to alleviate the scenario adverse that the ruling party has ahead.

From the Casa Rosada they minimize the forecasts by arguing that “The campaign has not started yet and there are no candidates, it will start on July 24”. They ratify that the election will be a plebiscite to the management of Fernández, that is why the campaign manager is Santiago Cafiero and that the President “He will be the protagonist because they are going to talk about vaccines and that is his responsibility”. And Cristina? It will appear when she wants, as before.

“It is logical that the head of the list is someone chosen by Alberto, beyond that it may be more or less albertist and there may be an official”, assures a minister. What is not clear is who will have more weight in the conformation of the lists. On the one hand, Máximo Kirchner –that is, Cristina- and Massa will be key in the assembly in the province, beyond Alberto’s final word. In the rest of the country the preponderance will be marked by the Peronist governors, with the consent of the Casa Rosada and the Instituto Patria.

In the offices of Balcarce 50 they repeat that they have “The vaccine as a very important strength” of the campaign and what Minister Guzmán will be more publicly active, supported by state aid – income tax, retirement bonus, joint – and public works as a sign of recovery.

The question is whether these measures will be enough to recreate a feeling of improvement. The Government is aware that half or more than half of the population believes that their economic situation will be worse in the coming months. And you have reason to believe it.

Inflation will exceed that of 2020 and the fear of Kirchnerism is that it will be too close to the 53.8% with which Mauricio Macri left the government. So far in the Fernández administration, poverty has increased by 30%.

During the week, INDEC released its report on income distribution and the numbers are lapidary. Half of the households in Argentina are poor, based on two adults and two children, and they do not reach $ 64 thousand pesos to access the total basic basket. Regarding workers, retirees and those who receive a plan, half of them receive less than $ 30 thousand.

Although the Government pretends to establish that wages beat inflation, the truth is that According to Indec, 8 out of 10 workers could not lift their family out of poverty because they earn less than $ 60,000. And that universe contemplates those who receive a blank remuneration. Will informal workers, who do trades, who do not invoice, will they also beat inflation with increases of 40 or 45% to their income? Obviously not. Nobody counts that this segment is almost half of all workers in an increasingly informal country.

The inevitable arrival of the third wave and the Delta variant is a cloud that nobody knows if it will continue for a long time or will settle on Argentina for a long time. The Government is concerned, electorally, that it will again affect the health and, therefore, economic situation. It is not for less, the vaccine is desired and appreciated by all, but not under the scheme one vaccine, one vote. The economic crisis hits everyone, and it is a variable that almost no ruling party could overcome.